How To Be Funny In Sanskrit 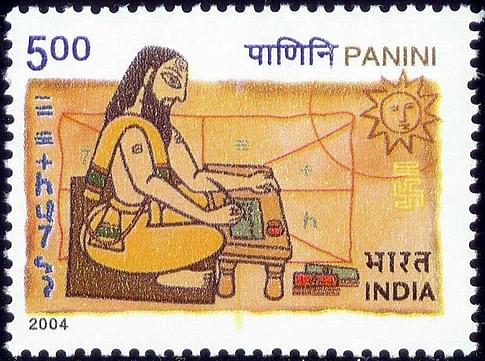 Busy ballyhooing about Yoga and Ayurveda, India has forgotten all about one of its other inheritances — the one that lives on its lips. Surprising? Not at all. Sound, after all, is an insubstantial thing: evanescent wisps of air which quickly melt into nothingness. Yet, what our forebears fashioned with that insubstantial substance is remarkable. Prosody of euphonic perfection, vocabulary of sweeping range, rhetoric to put the Greeks to shame, epigrams to make Latin invidious, unmatched word-generation mechanics, grammar chiseled to near perfection and the real proof of the pudding: a literary corpus of unchallenged size, sweep and quality.

In fact, the amount that has been written in Sanskrit can top Greek and Latin combined, several times over. This output is testimony to India being the intellectual fountainhead of Asia for over 1500 years. The corpus mostly vegetates behind locked doors, crumbling to dust, unseen and untranslated. Sadder still, is the reputation Sanskrit has acquired— a tongue of old fogeys. Reality is actually inverted— Sanskrit abounds with wits and wisecracks; like this poet, to give you a taste, who takes a delighted dig at piety in this cute verse:

When he was killed by Rāma,

Now, she spends her time

But Sanskrit is only one facet of the language tradition of India. There are her daughters and foster daughters too: the vernaculars, who are fulgent with best qualities of the mother. The fiercely independent Tamil is a giant in her own right. Together, they form a wonderful language ecosystem— a diversity of languages from different families, each independent, yet together in orbit around a mother-language from whom they have derived (and continue to derive) vocabulary, grammar and inspiration.

This ecosystem, capable of nurturing many great things, is a gift only India has; partly fortuitous and partly the fruit of India’s timeless veneration of sound and language. But more importantly, the ecosystem is also the vehicle for the cultural heritage and integrity of India. And like all ecosystems, it is fragile. That makes this a pressing question for today: how can India safeguard this ecosystem? The answer is  found when we realise this:  the only meaningful offering to the deity of languages, is the offering of usage. (Ironic though it is, as ādi śaṅkara points out). After all, what we don’t use, we lose.

Lit in veneration of the Sun;

Offered as arghya to the Moon;

with its own water,

is strung from words that are your own.

This weekly jaunt, starting today, will be my own word-offering— A guided tour through some of the choicest verses from bhāratīya-kāvya-paramparā. While on the road, we shall also divagate a bit into the territories of etymology and historical linguistics, and perhaps make brief halts to pay homage at the altars of two sister tongues, ancient Greek and Latin. Hope to catch you on the bus next week!