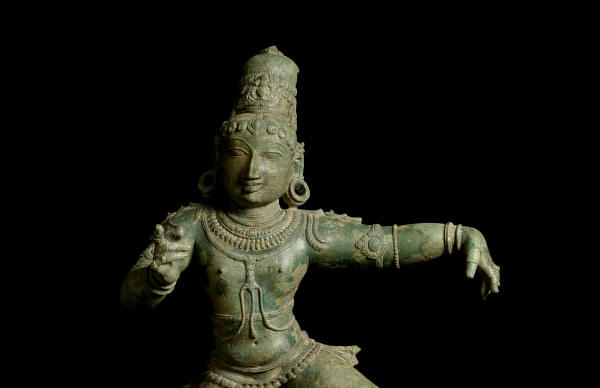 The culture ministry has a simple solution for tackling the ceaseless menace of India’s best-kept secret. In the past two decades, over 30,000 priceless artefacts have been smuggled out of the country, often stolen from temples or from centrally protected Archaeological Survey of India (ASI) sites. And what is the fix? Dilute an already toothless Antiquity Act of 1972. “We want this act to be revised. …in India, anything more than of 100 years of value comes under the antiquity act. Let India have an open market. Once we allow the trade of those antiquities in India, this smuggling will stop,” Union Culture Minister Mahesh Sharma told PTI in an interview.

Historians, activists, scholars and law enforcement officials are struggling to conceal their disbelief after hearing this; but then, they have been hearing such statements for the past 25 years. After all these years, exactly how having an open market for art in India will deter smuggling is a question that they simply cannot find an answer for.

For a long time, India has had acts and laws aimed at preserving its cultural heritage within its boundaries. The Antiquities and Art Treasures Act, 1972 is the main law in force, along with provisions of some earlier laws. These laws define an object of importance that is at least 100 years old as one that needs to get the tag of an antiquity. That’s when it has to get registered as well.  The owner/holder of the object is given a reasonable time period to do this. While transferring a registered antiquity – for selling, gifting or donating – the registering officer has to be notified accordingly.

Further, the Government may acquire such an object as public property, if it is deemed to be of such importance. If so, the owner is served a notice, and he or she can file an objection within 30 days. Importantly, Section 19(7) of the Act ensures that this power cannot be applied to any antiquity or art treasure used for religious observances. Further, it also provides methods for a mutually agreed price of acquisition. If no agreement is reached, an arbitrator may be appointed. Finally, export of antiquities is not allowed in most cases.

Critics often claim that registering antiquities is difficult, that the sale or transfer of a registered antiquity is illegal, and that the power given to the government for forcible acquisition is too onerous. As shown above, the last two objections fall flat – the first is provided for in the 1972 Act, and the second is quite restricted. Let us examine some other perceived flaws.

It is often claimed that the registration process is too complex. However, experience shows otherwise, the pillar from the Bharhut Stupa being a case in point. This 2nd century BCE artefact valued at 18 million USD was stolen from a private shrine in Madhya Pradesh in 2004. The owner had registered his ancestral treasure using the allegedly difficult process – a simple form that asks for basic details and some photographs – in 1977. There is no other record of this item. An FIR was lodged when the theft occurred in 2004. It was seized in accused art dealer Subhash Kapoor’s facility in 2012. Thanks to the farmer’s action, this item is close to restitution.

Consider the alternative scenario. We have these two door guardians with clearly fake provenances currently with the National Gallery of Australia. They are known to have been stolen, but without a source reference, India has not been able to bring them back.

The oft-quoted flaw is the lack of a “finder’s fee”. An example cited for this is the laws in Britain, which defines gold or silver finds older than 300 years as treasure and claims them for the Crown. Here, it must be mentioned that there are slight differences in Scotland, which also allows museums to bid for them. In all cases, the finder is paid a current market price by a government-appointed valuer.

Unlike Europe however, we are talking of millions of heritage sites which are not even on the lists of the ASI – not even 5% of the listed sites have been documented properly. It is difficult to distinguish between a newly found buried object and one that has been in worship and stolen. Context is everything in archaeology; if an object is removed improperly or if details of the dig are not properly documented, the artefact loses its very soul. The finder’s fee will unleash a wave of amateur Indiana Joneses, who will wreak havoc on our still-unknown sites in search of marketable treasure.

As an example, American authorities revealed the true extent of the illicit trade last month when they disclosed the list of 2600 artefacts in America, including a large hoard of terracotta figures clearly from Chandraketugarh in West Bengal dating back to the 1st century BCE.

Sadly we will never know their real stories. They are reduced to just curios to adorn a wealthy billionaire’s living room. But, to the average Indian and the academic world at large, Chandraketugarh, with its abundance of delightful terracotta, doesn’t even find a scant mention in the great civilisations of India.

Any finder’s fee has to be at par with the international market rate, and with the recent record prices quoted for Indian works, the Government is not going to be able to outbid them. Even if there is such an attempt, the Government is better off in channelling those funds to bankroll the actual excavations by qualified researchers.

It is true that current laws have not been successful in preventing theft. However, the new proposals are dangerous. India without a national archive of its heritage treasures will be a sitting duck for looters and plunderers. If the act is diluted, even the few seizures and restitutions will cease. Without a simple system to check if an antiquity has been registered, distinguishing a legitimate sale from a fraudulent one will become far more difficult for the Police.

Strengthening the act by erasing its present deficiencies is the right approach. In its enforcement in its current form, the custodians have no real power. Further, the Government has to seriously consider proposals for creating platforms for a building a national archive and setting up of a National Art Squad of competent experts to go after the smugglers – taking examples from Italy, Greece, Egypt and Cambodia.

There has to be a strong mechanism that will send out warning signals to those purchasing our looted art treasures. Indeed, India needs to show that it is serious about safeguarding her national treasures.  What is unfortunate is that the new proposal seems to give the wrong signals instead.