Much Ado About PK 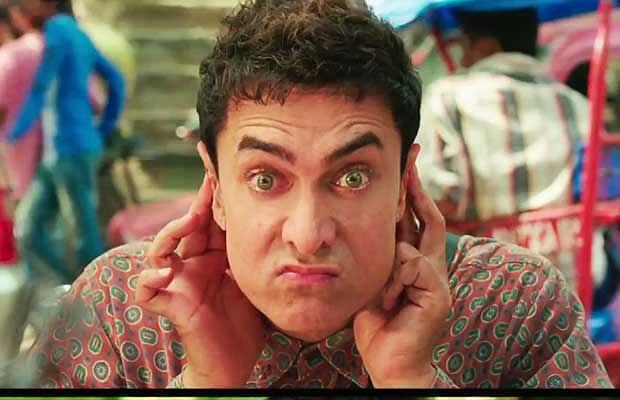 PK gets enamoured with itself. It pushes no boundaries, and it largely stands for nothing. Hirani makes Aamir go the Full Monty, but sadly for his vast talent reservoir, wriggles out of doing that himself.

The Rajkumar Hirani directed, Aamir Khan starrer PK is well and truly on course to become the highest domestic money-spinning movie ever. Sitting pretty on a Rs 183.1 crores (at the time of publishing) domestic net collection, the movie has seen unprecedented word-of-mouth amplification. As per Ormax Media, the only professional agency quantifying such data, PK is second only to another Hirani-Aamir movie 3 Idiots in terms of word of mouth publicity.

And yet, unlike the previous three directorial ventures of Hirani, PK is embroiled in controversies, especially in the pugnacious world of the Indian social media. There have been calls to boycott the movie, reports about public interest litigations being filed to take the movie down and appeals to the government to ban the screening — the central theme being alleged vilification of Hinduism in the movie.

The protagonist PK, played by Aamir Khan, traverses through the movie exploring various threads connected to religion and ends up exposing a Hindu godman — which is the central tenet of the movie, leaving aside the two half-baked love stories which run in parallel. The build-up to the godman getting exposed involves complex commentary on religion, religious practices, religious intermediaries and religious symbolism through the trademark Hirani style of humour-laced messaging.

Much has been written, mostly as tweets or as Facebook posts, in favour of and against the movie. Yet the two sides — deeply divided along the familiar Left/Right lines, which now characterizes most of Indian online discourse — ignores or rather glosses over several inconvenient constructs that make up the movie.

Too many balls in air to shoot Hindu godmenPK explores a very wide canvas. PK, the character, starts off by exploring and implicitly questioning the utility of religion itself. One gets the feeling that this is all about promoting atheism. Not so. The story takes him to question the rules and rituals that religion imposes, while the religion itself becomes acceptable. At this point, one imagines that this is about promoting agnostic behaviour. Not so again. The story quickly hops on the complexities in attaining a dialogue with ‘the holy being’; it is important to use a generalisation because, till this point, the story is secular. This is where the tenuously dangling multiplicity of threads get entangled with a flimsy love story, and the story gets to the point, which is about deconstructing Hindu godmen, leaving aside a few Trojan Horse homilies that find their way in the second half.

One wishes Hirani had been more direct about this. The movie is largely about how Hindu godmen fool people in the name of Hinduism and amass disproportionate wealth and influence. This is a position that several Hindus will themselves identify with wholeheartedly. The route that Hirani takes to get here is so torturous; it puts the all-pervading political usage of ‘secularism’ mumbo-jumbo to shame.

Topping pepperoni pizza with sevaiyya strands does not make it halaalThe defenders of PK are pointing towards how Hirani “makes fun” of religions other than Hinduism. Sure, there are scenes about Islam and Christianity. One scene makes fun of the burqa being black, though not of burqa itself. There is something about conversions. And the pain involved in the taziya processions. There’s even an opportunity for the audience to play Sherlock Holmes and place a religious reference when one hears this statement from a terrorist outfit claiming its hands in the act of bombing a train: “Hum apni qaum ki raksha ke liye, apne Khuda ke liye kuchh bhi kar sakte hai hain”.

If the filmmaker were to sit on an editing table and cut out all references to all religions other than Hinduism, does that change anything about the movie? The answer will be a very clear and resounding “no”. These references are fillers. In the words of the character Boman Irani plays, these fillers help Hirani keep away from pointed Hindu religious symbols approaching his backside. These scenes are insurance premiums, and have nothing to do with the story. In fact, they only drag the movie in the first half, making it sound like an electoral speech by a ‘secular’ politician in parts.

Strawmen love stories in the world brimming with technologySo much time has been spent on the religious links, not enough has been said about the shaky love story plots that make up PK. When was the last time a couple broke up in Belgium without using WhatsApp, Blackberry Messenger, Viber or whatever else couples use these days to part ways? Hirani uses the Sooraj Badjatya pet-dog-uniting-lovers or Karan Johan photo-swirling-in-the-air style of love story narration involving unsigned handwritten notes, which at least in theory does not suit the high pedestal from which Aamir Khan acts and markets his meaningful cinema. It is also reassuring to know that aliens have the same biological, metabolic and psychological functions and requirements that earthlings do; it gives great hope for future relocation if not allowing one to appreciate the PK part of the love story!

The tyranny of binariesIf one did not like PK and said so on social media, one of course ran the risk of being branded a hardliner or an illiberal. But there are other worse possibilities.

Indian social media is full of binaries. When it comes to Bollywood, there is a “trinary” involving the three Khans — Shah Rukh, Salman and Aamir. Didn’t like a Salman movie? You have to be a Shah Rukh fan badmouthing it. Did not find PK up to the mark? You have to be a Salman fan not able to make allowance for an iota of good cinema.

PK adds another dimension to this social media war. Umesh Shukla, a little known actor-writer-director, had made OMG — Oh My God! in 2012, which attacked Hindu godmen, too. The general consensus was that it did a good job, principally because it was not a philosophical movie trying to unravel religion in 130 minutes; it stayed its course on one theme — that of unscrupulous intermediaries killing Hinduism for the devout. If one points out OMG in relation to PK, a new binary of pro- versus anti-BJP springs up. Shukla cast Paresh Rawal as the protagonist of OMG. Rawal is now a BJP Member of Parliament; he was not a politician in 2012. With that link, pointing out the apparent failings of PK makes one a double-standard bearing BJP supporter — happy to like a Paresh Rawal movie, but not an Aamir Khan one!

The lack of conviction is very obvious. This is easily Hirani’s weakest directorial venture after Munnabhai MBBS, Lage Raho Munnabhai and 3 Idiots. He attempts to avoid controversies, unsuccessfully of course, in the process compromising his innate belief of calling out what he wants to be called out: the evils of Hinduism. As someone who was part of three standing ovations, one each for his prior three movies, I personally was not convinced with the PK messaging.

As regards the affront to Hinduism, it is a personal decision. One can take umbrage with a part of a larger statement that went viral in the social media: “Jo darte hain wo mandir jaate hain.” Or, one can take pride in the PK–meets-Lord-Shiva-in-a-toilet sequence; it could only have been Lord Shiva, no other monotheistic messengers of God; not in India, not elsewhere!

If one believes in the latter, PK is “worth one watch”, to use a phrase Bollywood movie critics love. As all movies which make Rs 200 crores — or in PK’s case, possibly 300 crores domestic net — the movie makes you laugh and sing along. It is impossible to not feel diabetic when Shaan and Shreya sing “Char Qadam”. Aamir is versatile as always and sets a high bar for Ranbir Kapoor in case there’s a sequel made.

But exactly like all movies making that kind of money, PK gets enamoured with itself. It pushes no boundaries, and it largely stands for nothing. Hirani makes Aamir go the Full Monty, but sadly for his vast talent reservoir, wriggles out of doing that himself.

More on PK: Is Banning PK the answer & Why Hinduism is not the Target.