TechnoFuturism – A New Political Theory for the Age of Science 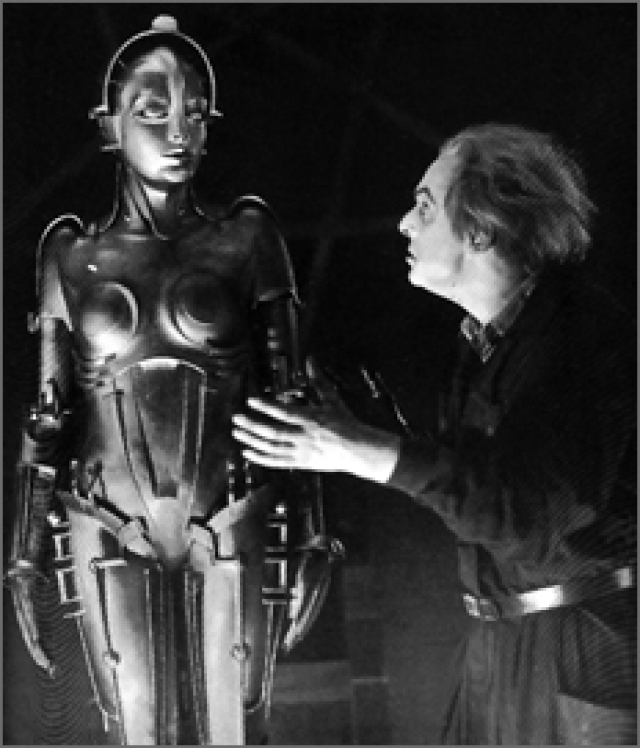 I will expound on a political theory I have created that I call – TechnoFuturism – as an alternative ideology for those who reject both the delusional egalitarianism of the Left and the moralistic, religious worldview of the Conservatives.

TechnoFuturism combines the right-wing values of ‘order, structure, and hierarchy…strength, power and victory’ with the scientist’s love of technological progress, empirical truth and sophisticated machines. It is a tripartite marriage of the Aristocrat, the Industrialist, and the Scientist. Each bringing to the table his highest values and standards: The Aristocrat his love of honor and heroism, of adventure and glory, of victory in combat and beauty in life; the Industrialist his passion for creating material grandness and opulent wealth; and the Scientist his never ending quest for ever greater knowledge and ever better technology.

Now before starting on an exposition of this political theory, there are some other questions that need to be answered. Why, many will wonder, would I undertake such an egomaniacal project of creating a new political theory from scratch? Aren’t existing political theories good enough?

How is the civilization to survive? And not just survive, but thrive and flourish as well. Who are its enemies? How are they to be dealth with? A political theory must grapple with these and other questions and provide satisfactory solutions to them. Looked at from this angle I claim that popular and contemporary political theories fall far short of this.

Now a brief take on the errors of presently popular theories. I think it does not need to be explicitly pointed out to the readers of this webzine why leftist theories like socialism, welfarism, social democracy, Marxism and others reek of failure. Their bankruptcy is obvious in the poverty and chaos they have brought about in India since their foolhardy embrace and implementation.

Thus, many young Indians, have started looking at alternative theories, some of them right-wing such as free market capitalism, religious conservatism or others that lie outside of the left-right spectrum such as liberalism (or libertarianism its more radical variant). They are however, I claim, false detours on the search for a political theory that can bring rapid civilizational growth and progress.

Conservatism is hopelessly bogged down in nostalgia for the past and looking for some spurious ‘wisdom of the ages’ to deal with the conditions that have never existed in the past. Furthermore, its dour, moralistic attitude is undesirable and in addition a great turnoff to the ambitious, energetic individuals any political movement depends upon for its victory.

Free Market Capitalism as a political philosophy all by itself with its singular focus on profits is an affront to the human spirit which is ennobled by embracing the entire variety of phenomenon in the world and degraded by a singular focus on money making. Liberalism with its focus on individual alone is inadequate to deal with large scale problems and projects involving complicated, group interactions and conflicts. And of course, libertarianism, a wilder cousin of liberalism, lives in a hopeless fantasy that allowing property owners to do whatever with their private property would bring utopia on earth.

Now I do not mean these critiques to be anything except very brief ‘first shots’. These political philosophies require detailed refutations and I will build that up over a period of time.

One major shortcoming of these theories that I would add here is their lack of any significant incorporation of the most important and powerful forces unleashed in the world. I speak of Science and Technology. Conservatism is at best skeptical of technological progress and the scientific method, but more often actively hostile to it. Free Marketeers and Liberals, while not hostile, do not put any special emphasis on these either. And Libertarians, like Friedrich Von Hayek for example, have rejected scientific empiricism as a method for understanding economics.

This shortcoming is the biggest advantage and improvement TechnoFuturism presents over these aforementioned philosophies. Technofuturism places science and technology on the highest pedestal as forces to be mastered and used for the creation of an ever progressing high civilization. This is why I call it a new political theory for the age of science. A theory that gives science the highest place it its construction. It is a right-wing philosophy that is romantic and future oriented, looking ahead at future as the dominion to be conquered and shaped by the willpower and high technology of the heroes.

Now what would a Technofuturist Party do if such an entity is formed and comes to power? What would be its agenda? I do not wish to give it all away in this first introductory essay, but I do want to spook many of the readers, so here it goes.

A massive buildup of capital intensive heavy industries: damming of all the rivers that can be dammed, ten lane highways with no speed limits, super high speed maglev trains to connect cities, mile high skyscrapers, seaports and airports galore, encouraging monstrous industrial enterprises and a swift repeal of antitrust regulations, a power plant in every backyard and a manufacturing factory in every front porch, massive statues of the cavalry heroes and the abolishment of the environmental laws.

What? Some of you expected this. No worries, this is just the beginning, the first term in power of our fictitious Technofuturist Party. Here is some more.

Alright, let us take it one at a time. If my political theory is amenable to the editors of Centre Right India, then I will slowly unfold it over the course of coming weeks and months.