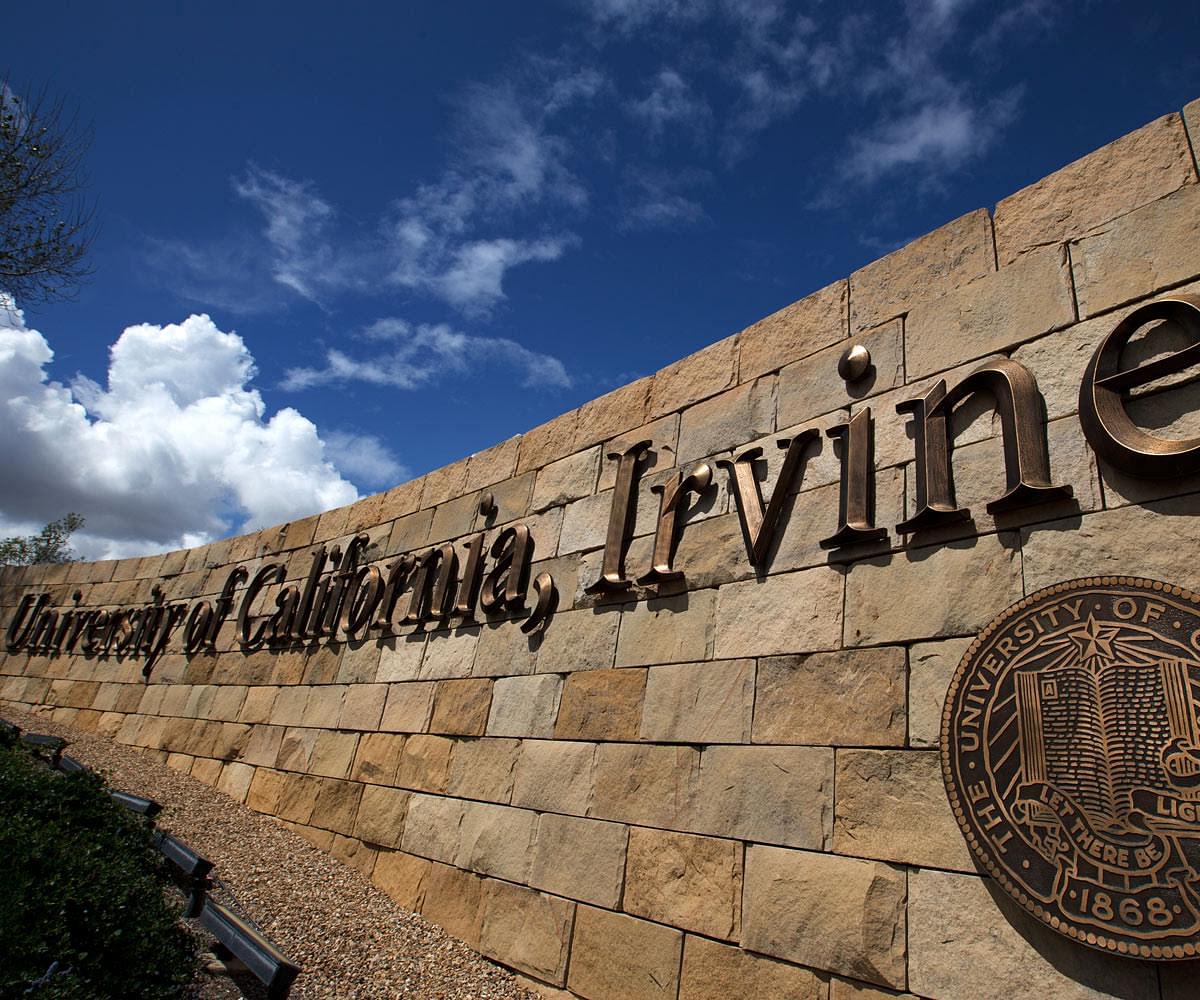 The gatekeepers of American academia have struck again. This time, the gate has been slammed on the face of Dharma Civilization Foundation (DCF), a California non-profit that aimed to promote the multidisciplinary study of Dharma at accredited institutes of higher education. “We were motivated by the desire to advance an integral and transformative approach to understanding the Indic culture, religions and civilization that will support a narrative of India’s past which is consistent with the actual lived experience of dharma,” says Dr Shiva Bajpai, President of DCF.

DCF’s vision found enthusiastic support from donors such as the Thakkar family which contributed US$ 1 million to set up a chair in Vedic and Indic Civilization Studies at the University of California, Irvine (UCI). Other donors came forward to establish chairs in Sikh studies, Jain studies and Modern India studies and soon the UCI was all set for four chairs with grants amounting to a total of US$ 6 million.

At a gathering in the UCI campus attended by 100 people in May 2015, the Dean of UCI’s School of Humanities Dr Georges Van Den Abbeele thanked the donors and held out a hope for creating a Center of Excellence for Indic Civilizational Studies at UCI.

Meanwhile, the old guard steeped in what is now recognized by many as leftist-secular or Hinduphobic ideologies, saw a grave danger to the established order and fell into a massive seizure. Led by professors from the UCI’s Centre for Asian studies, who were perhaps miffed at the idea that an independent chair on Indic studies could soon challenge their ideologies, a campaign was orchestrated to halt DCF’s initiative.

A petition was launched to declare that both DCF and donors were a part of “right-wing Hindu group of organizations that has been known to undermine Indian pluralism” and that they would lead to “a privileging of upper-caste ‘Vedic’ Hindu identity. An alarm was raised that only “certain kinds of religious practitioners” who would “not represent the intellectual richness and rigour” of the university would be selected to teach courses, which would lower the “standards of academic excellence”. The petition was signed by over 400 academicians including prominent personalities such as Wendy Doniger, Michael Witzel and Sheldon Pollock who have built their reputation with papers portraying Hindus as oppressive, casteist, misogynist, sex-starved and violent.

Let us examine just one of the signatories of the petition: Shefali Chandra, Associate Professor of South Asian History, Washington University in St. Louis. She has published a paper titled “The World’s Largest Dynasty: Caste, Sexuality and the Manufacture of Indian “Democracy”” which makes the case that “the myth of India is a necessary camouflage for an upper caste autocracy characterized by militarism, genocide and occupation.” The entire list of signatories reads like the Who’s Who of Hinduphobes.

The petition against the establishment of the DCF-Thakkar Family Chair at UCI was followed by demands for a review of the agreement between the concerned parties. Allegations were made against the Dean and other administrators for not having a meaningful consultation with other faculty.

Kalyan Viswanathan, Executive Vice-President of DCF sought to allay apprehensions by explaining that the aim of establishing the chairs was to widen and diversify the study of Indic traditions and culture; from being predominantly focused on applying Western models to being more culturally sensitive. In an article on the DCF website he said it was important to take seriously the self-understanding of non-western Indic cultures and religions as “lived traditions” of fellow Americans, and include dimensions such as philosophy and ethics from an insider’s (emic) perspective which barely exist today. He pointed out that ‘Women’s studies’ have benefited from having women scholars, ‘African American studies’ have benefited from having African Americans scholars, and Christian, Buddhist, Jewish, or Islamic Studies, have all benefited from respectively having scholar-practitioners as active participants in these fields. “Such scholars are not questioned about their objectivity, but are, in fact, respected for their unique experiences and perspectives, as well as the depth, nuance, and academic rigor they are able to bring to academia,” said Mr Viswanathan. “DCF holds that such scholar-practitioners of Hinduism would bring the same to Hindu Studies,” he added.

However, in a development that can only be called a matter of shame for the University of California, Irvine, the authorities decided to discard the US$3 million gift they received for the DCF-Thakkar chair and to review the remaining US$3 million gifts for other chairs. By buckling under pressure from a vicious campaign organised by a few South Asian faculty members, the Humanities Executive Committee and the Dean of the School of Humanities displayed a complete lack of spine.

The review committee that forced UCI to discard the donors came up with a comment that the terms of DCF were exclusionary, preventing some from applying for positions, which was against the public-hiring rules that UCI is governed by. The ridiculousness of the comment can be understood by asking if there us any discrimination involved when a job position specifies a PhD degree. If not, then why should an emic-seeking group be pilloried with “discriminatory” labels, when it seeks emic-candidates? An etic (outsiders) perspective invariably views Hinduism through privileged lens of Western experiences, whereas an emic perspective will offer a different viewpoint that honours the sacred.

Said Mr Viswanathan: “The overwhelming message that these faculty members have delivered through their public petitioning, and highly prejudicial open letters, is that the Hindus are not welcome to participate at the academic table. We have to wonder, what indeed is the academic freedom that these faculty members are defending? Is it the freedom to accuse, abuse and slander freely and without any check? Why single out the Hindu American community when Religious Studies Chairs and centres are currently funded, as a norm, by various religious communities with diverse viewpoints? Why so much irrational hostility towards the Hindu community?”

The UCI petition brings back memories of the California textbook controversy of 2005. At that time, the Hindus of California had called out the innumerable inaccuracies in the depiction of Hindus in school textbooks and requested for editing them out. To take one example, they had asked for assertions such as “Men had many more rights than women,” in ancient India to be corrected to “Men had different duties (dharma) as well as rights than women. Many women were among the sages to whom the Vedas were revealed.”

California’s Curriculum Commission had endorsed most of the edits suggested by Hindu groups. This caught the attention of Professor Michael Witzel of Harvard University, who organised a campaign along with fellow Indologists (some of whom have also signed the latest UCI petition) to oppose the edits on the grounds that they were unscholarly and politically and religiously motivated. Ultimately, more than 80% of the corrections proposed by Hindu groups were not approved.

From 2005 until now, clones of Professor Michael Witzel have multiplied manifold within an academic ecosystem that only supports peers who look at Hinduism through the lens of Marxism, Freudian psychoanalysis and atrocity perpetuation. Ironically, a large section of these peers are of Indian origin.

Thus, even today, a high schooler studying ‘World Civilizations: Global Experience’ (AP Edition) textbook will come across sentences such as: “The Indian caste system is perhaps the most extreme expression of a type of social organization that violates the most revered principles on which modern Western societies are based.”

Intellectual honesty would demand that instead of taking the moral high ground, these books would dwell equally on the issues of inequalities, racism and human rights violations of various kinds that continue to plague societies all over the world, including modern, western societies.

Meanwhile, there is a growing build-up of opinion led by thinkers such as Rajiv Malhotra that it is pointless to set up chairs on Indic civilization or Hinduism studies within western academia. Given that it costs as much as US$ 4 million for setting up one academic chair in USA he believes it would be far better to use the money to set up a whole department of scholars in India with the concentrated goal to develop a new discourse. “As an example, a centre to develop a Hindu perspective on women’s status and role could be tasked to produce game changing discourse on that theme,” he argues in an article in Swarajya.

In his recent best-selling book “The Battle for Sanskrit”, Mr. Malhotra has argued for rebuilding the traditional institutions of learning in India, which have been stripped of their spirituality by western Indologists and their cohorts. He has even named the sophisticated perpetrators of “American Orientalism” who have captured the discourse on Indian history and culture with scant regard for sacred traditions, while pretending to be well-wishers of all things Hindu or Indian.

Mr Vishwanathan perceives the situation differently. While he agrees with Mr Malhotra that there is a need for a new corpus of content and discourse, he does not think it has to only come from India. For the generations of Indian-origin children who will pursue an education in America, there is an urgent need for schools and colleges that offer Indic civilization studies from the insiders’ or emic perspective. “We live in a global world and academicians from India will have to collaborate with the world in inaugurating this new corpus of content and discourse,” he asserts.

According to him, India is disadvantaged by two historical realities:

1) that a flourishing discipline within the academia, which is equivalent to the study of divinity within a Hindu context, was never allowed to develop; and

2) that the brightest students in India still favor the disciplines of science, math, engineering and medicine.

“The argument that investments can be better safeguarded in India, while not so much in the West, belies the reality that India is also infiltrated heavily by the same mentalities that make scholars hostile towards Hindu Dharma,” says Mr Viswanathan. “The question is not whether we invest a mere US$4 million here in the West or in India - which represents a scarcity mentality. We need to be looking at how to generate US$400 million, where US$200 million can be invested in India, and US$200 million around the world.”

Intellectual freedom of the academia is essential for the progress of society. That freedom was intrinsic to ancient India. What we are witnessing today is a domination of academia by etic voices, especially with regard to Hinduism. It is high time the voices of traditional scholars with an emic perspective were included. Pluralism is integral to freedom.

The latest clampdown by a blatantly Hinduphobic American academia has made it imperative for all those who stand for justice to join hands and collaborate. There is a need to speak in one voice against the biased dominant academic consensus.