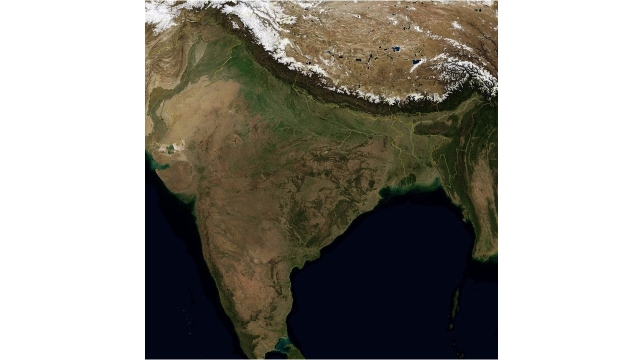 In the previous two parts of this essay (here and here), we alluded to a common memory, a common civilisational heritage, a continuity of India. It is an India that does not depend on Marxist historiography and the a priori prejudices of Western academia. It is an India that cannot be perceived from the sectarian lenses of religion, region, or language.

It is an India that fired the imagination of Bankim Chandra, Bipin Pal, Bal Gangadhar Tilak, Swami Vivekananda, Sri Aurobindo, Mahatma Gandhi and Sardar Patel, and continues to inspire the present generation of nationalists. It is the India that was conceived and made manifest by the very inhabitants of this ancient land who saw it as a unified geography. The idea of India as a unified geography is as old as history, the glimpses of which we first find in the writings of Greek travellers to India.

In preparation for the conquest of India, Alexander wanted to determine the length and breadth of the land that he was about to conquer, so that his army could prepare accordingly. Alexander wanted the “whole country described by men well acquainted with it”. And here is the measurement that these “well acquainted” men gave to Alexander: “the whole country from Indus to the mouth of Ganga was reckoned at 1838 miles, from Cape Comorin to the mouth of the Indus was reckoned at 2183 miles and the eastern coast from the mouth of the Ganges to Cape Comorin (Kanyakumari) was reckoned at 1838 miles.”

A few decades later, Megasthenes, the Greek Ambassador to the Mauryan court, stated the distance of India from the Southern Sea to the Hindu Kush as 2,298 miles. He talks about the pillars and roads set up across the land for travellers. Based on these measurements, the early Greek geographers described India as “rhomboid, or unequal quadrilateral, in shape, with the Indus on the west, the mountains on the north, and the sea on the east and south.” Alexander Cunningham, the founder of the Archaeological Survey of India, remarked,

How astonishing it is that even 2,300 years ago the “well acquainted” men of India described the country as a single land! That even in those times, Indians travelled the length and breadth of the country on “roads” and were intimately familiar with its geography and dimensions. There was no political unity then; there was no nation-state then; there was no pan-India empire then, but the concept of India as a geographical unity existed. Given the sheer number of different sources Greek geographers quote, this conception of a unified Indian geography must have been common knowledge among the Indian populace. That is why, from very ancient times, the people of this land gave a single name to this unified geography, “Bharata”.

The Mahabharata describes the contours of Bharata, “The land north of the seas and south of the Himalayas is called Bharata where the descendants of King Bharata live.” This conception of a unified land is given not only in the Mahabharata but in Vishnu Purana, Vayu Purana, Brahma Purana and Agni Purana. The Vishnu Purana gives the definition of Bharata,

The country that lie north to the ocean, and south of the snowy mountains, is called Bharata, for there dwelt the descendants of Bharata. It is nine thousand leagues in extent, and is the land of Karma, in consequence of which men go to heaven.

The puranic writers were intimately aware of the extent of Bharata’s geography. They wrote that to the west of Bharata was the kingdom of Yavanas (Greek) and to the east was the tribe of Kirata (barbarians) and between the east and the west is the land of Brahmins, Shudra, Vaishya and Kshatriya of Bharata.

The sixth-century Chinese traveller to India, Hiuen Tsang, described the large number of pilgrimage centres (tirtha-sthan) spread across India. The “descendants of Bharata” have from time immemorial made this pilgrimage, reaffirming their bond with this ancient land.

The king of Magadha, Ajatashatru, on an “auspicious moonlit night” wanted to visit some philosophers “to bring peace to our heart”. His minister gave him a choice of seven philosophers, all of them very famous and founders of sects with a large following. They were introduced as Purana Kassapa, an amoralist, Makkhali Gosala, a determinist, Ajita Kesakambali, a materialist, Pakudha Kaccayana, a categorialist, the Nigantha-Niitaputta (Mahavira Jain), a relativist, Salijaya Belatthaputta, a sceptic or positivist and lastly Gautama Buddha. The king chose to meet Buddha. He detailed the philosophy of other sects to Buddha. After hearing Ajatashatru’s description, Buddha held a discourse on his philosophy.

Note that this list is just the philosophers who were famous and were present at that time to meet Ajatashatru. The Buddhist sources quote that there were 62 different philosophical schools that were prevalent in India during the time of Buddha! The Jain texts refers to still more doctrines.

Let’s see another incident from the life of Buddha. One of Buddha’s disciples, Subhadda, asked him a question, “Venerable Gotama, all those ascetics and Brahmins who have orders and followings, who are teachers, well-known and famous as founders of schools, and popularly regarded as saints, like Purana Kassapa, Makkhali Gosala, Ajita Kesakambali, Pakudha Kaccayana, Salijaya Belatthaputta and the Nignatha Nataputta – have they all realised the truth as they all make out, or have none of them realised it, or have some realised it and some not?” Buddha, slightly irritated by the question, replied, “Enough, Subhadda, never mind whether all, or none, or some of them have realised the truth. I will teach you Dhamma.”

Notice that the disciple of Buddha accepted that even a materialist and an amoralist, “popularly regarded as saints”, through their paths can also realise the same truth as Buddha realised through his path. And here is the philosophical core of India:

Innumerable philosophers and ascetics have led a fearless search for the Truth in this ancient land. The very meaning of Bharata is the “search for light (knowledge)”. Everyone preached their own philosophies, passionately argued that their path to the Truth is the best path. Even the materialist and amoralist have showed the Indian society their paths to the Truth. But no one, absolutely no one ever claimed that theirs is the only path! The Truth provided the unity, the paths to the Truth provided the diversity.

Now imagine if Buddha on that “auspicious moonlit night” would have told Ajatashatru that his path is the only true path and the rest of the preachers with their followers will burn in hell for eternity. The zealous Buddha follower, King Ajatashatru, might have himself despatched those philosophers to the fires of hell. But in the great Indic tradition, no Socrates was made to drink the hemlock, no Hypatia was murdered at the stake and no Al Hallaj was beheaded because their paths to the truth were different.

Diversity is possible when no competing ideology has any exclusive claim to the truth. Once the Indian philosophical core is accepted, then the understanding happens, then the process of give and take begins, then the synthesis of ideas happens and, in the process, some ideas are elevated while some are rejected. However, the ideas that were rejected were also aspiring for the same truth as the other.

The search for this truth is a common theme that runs through the couplet of Thiruvallavur, the kavya of Kalidasa, the doha of Kabir, the gurbani of Nanak, the poetry of Tagore and the musings of Gandhi. It is the instinctive belief that there is some spiritual unity of all mankind – in fact, of all living beings. That we are connected by a common thread that runs through all living organisms. The materialist is trying to find this unity in the interplay of matter, the scientist in his experiment, the worker in his work, the yogi in his meditation, the devotee in his devotion and the modern state in its ancient nation.

Notice that this idea of the Indian nation, based on a unified geography and the Indian philosophical core, is independent of any religion, belief, or dogma. It makes up the highest humanist ideals of our ancestors and the supreme achievement of the Indian nation. And as we have defined earlier, Indian nationalism is nothing but loyalty to this Indian nation. Rabindranath Tagore called it “the basis of Indian unity which is not political”.

In Part IV, we trace the very reason for the existence of the Indian state.