India Is Building A Missile Defence System - With Russian Missiles! 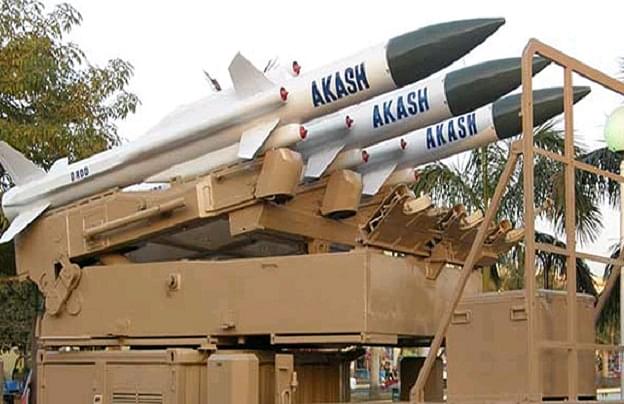 A new generation of air defence missiles is coming up with the ability to create an “iron dome” over India that will deflect missiles, aircraft and drones aimed against the country.

In March 2014, the former army chief General V.K. Singh revealed that 97 per cent of India’s air defence weapons were obsolete. It goes without saying that a country that has two nuclear armed neighbours but an outmoded air defence system is carrying a death wish.

But a new generation of air defence missiles coming online is poised to create an “iron dome” over India that will deflect missiles, aircraft and drones aimed against the country.

The decision by the government earlier in October to acquire the S-400 Triumf from Russia is an indication that India is finally getting its act together about something as existential as ballistic missile defence (BMD).

Widely acknowledged as the world’s most powerful anti-aircraft and anti-missile system, the S-400 has impressive DNA – it is a development of the S-75 missile that famously shot down the American U-2 spy plane over Russia in 1960.

Missiles of the S-400 class are a cornerstone of Russian military doctrine. According to military commentator John Greesham-

This mandates that military forces operate, whenever possible, under a 24/7 integrated air defence umbrella anchored primarily by surface to air missiles (SAMs).

Russian experts claim that the S-400 can blow stealth fighters like the American F-35 and F-22 out of the air. It can also destroy aircraft or missiles flying five metres above ground level by targeting them from above.

Because its missiles can travel at speeds of up to Mach 14 – or 17,000 kph – the system can literally take the war into the enemy’s airspace. For instance, an S-400 based at Halwara air base can bring down an F-16 flying over Lahore in just 34 seconds, giving the Pakistani pilot no time to say his prayers.

The S-400 can not only block stop enemy aircraft from providing support to their army during a conventional war, it can provide an umbrella against Pakistani or Chinese missiles in case of a nuclear war. The missile system is, therefore, a force multiplier that can dramatically influence the outcome of a war.

However, no single missile is a game changer on its own. Missile defence works best when it is layered – multiple systems covering low, medium and high altitudes. Anti-aircraft artillery (AAA) and air defence aircraft are also vital links of this network.

Countries that successfully integrate this multi-tier, multi-pronged system can significantly increase the costs for attacking air forces. A brief look at the Vietnam War in which SAMs were extensively used will help understand how missile defence works.

Vietnam: Unsafe at any height

The Vietnamese organised what was perhaps the most sophisticated and effective anti-aircraft defence in the history of warfare. Vietnamese General Van Tien wrote in the book American Failure-

As soon as US aircraft intruded into their airspace, Vietnamese army radars vectored MiG fighters to intercept the attacking bombers and their fighter escorts. The information was also passed on to SAM command centres.

In order to counter the SAMs, US aircraft started using electronic countermeasure devices on their wingtips. This reduced the planes’ manoeuvrability and made them more vulnerable to MiG attacks. Robert Dorr writes in Air War Hanoi-

When a SAM was actually coming at them, pilots performed a tight turning dive to outmanoeuvre the missile, but this tactic had the undesirable effect of bringing them down again into the range of AAA…

Between 1964 and 1973 the Vietnamese anti-aircraft units alone downed 740 US Air Force fighter aircraft. They also shot down hundreds of helicopters, several F-111 fighter bombers and 15 irreplaceable B-52 strategic bombers. The B-52s were lost despite the use of electronic jamming aircraft, defence suppression aircraft and fighter escorts. Interestingly, after the Vietnamese ran out of SAMs the USAF did not lose any more B-52s.

The decision to acquire 12 batteries of the S-400 for approximately $10 billion shows India is taking the Chinese and Pakistani missile threats seriously, but it’s also a tacit admission that after more than two decades of missile development, the results are mixed.

While the AAD has successfully intercepted targets at an altitude of 15 km to 30 km, the PAD has been experiencing problems above 80 km despite the Defence Research & Development Organisation’s assurances that India would soon have a fully functional missile defence system protecting Delhi and Mumbai. During its latest test held off Paradeep in May 2014, India’s longest range interceptor missile failed to hit its target.

The PAD failure most likely swung the decision to go in for the Russian S-400. China’s decision to acquire the Triumf may have also influenced India.

In order to plug the gaping holes in its air defence, the DRDO has called in the Israelis. According to Strategy Page-

The system will integrate the home grown PAD with the Swordfish long-range tracking radar, which was derived from the Israeli Green Pine radar. India wanted to buy the original Israeli system, but the US refused to allow the sale.

The Spyder low-level missile, with a 15-km range, and a medium-range SAM system, with an interception range of 70-km, are the other projects that India and Israel are working on.

Aiming for the sky

In this saga of hits and misses, the one outstanding success story is the Akash battlefield SAM, with the Indian Air Force placing an initial order for 1000 missiles. The Indian Army has also asked for a version of this 25-km range missile that will protect its armoured columns.

Incidentally, the Akash has a Russian connection. BrahMos Corp CEO A. Sivathanu Pillai writes in his bookThe Path Unexplored that NPO Mashinostroyenia, the Russian firm which developed ballistic missiles and spacecraft, provided crucial assistance in the development of the Akash. As well as helping DRDO overcome the problem with Akash’s supersonic engine, NPOM offered solutions in a number of other areas in missile technology, Pillai points out.

On May 6, 2012, the DRDO’s V.K. Saraswat, announced that India had developed a missile defence shield comparable with the US Patriot 3 system, which was used during the 1990 Gulf War against Iraq.

If the American Patriot is the yardstick, then India’s BMD programme has a long way from liftoff. For, it is astonishing that the man who headed the Prithvi programme could be so wrong about the Patriot. Perhaps Saraswat got his information from former US president George H. Bush, who said the Patriot had a 95 per cent interception rate during the 1991 Gulf War.

Here’s what really happened in the Gulf War. On April 7, 1992 Theodore Postol of the Massachusetts Institute of Technology, and Reuven Pedatzur of Tel Aviv University testified before a US House Committee that according to their independent analysis of video tapes, the Patriot system very likely had a zero success rate. Let’s hear that again: a zero success rate.

A development trial by DRDO will not result in an operational system so soon. We can only expect to get a technology demonstrator at the end of the ongoing tests. Even the US took three decades to produce a BMD system. A fully mature BMD system is at least a decade away.

To be sure, having a rudimentary BMD system – that leaves the enemy second guessing – is better than having none at all. If India’s new integrated BMD system is successful, it will complicate matters for the enemy. Pakistan will have to launch more missiles in the hope that some of them will get through. This will quickly deplete its force, leaving few or no missiles for a second strike.

Secondly, Pakistan will be forced to spend billions it doesn’t have. Decades ago, their late prime minister Z.A. Bhutto thundered that Pakistan – meaning its common people – will “eat grass” but develop a nuclear bomb. India should now goad Islamabad into joining the frightfully expensive BMD race, which will hasten Pakistan’s bankruptcy, ensuring the country’s disintegration.

The supreme art of war is to subdue the enemy without fighting.