Bhopal: Miscreants Vandalise Posters Of Jyotiraditya Scindia Ahead Of His First Visit After Joining BJP 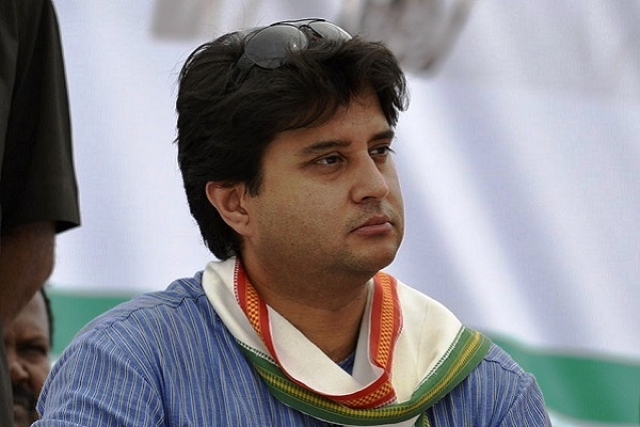 Ahead of Jyotiraditya Scindia arriving in Bhopal on Thursday (12 March) after joining the BJP, some miscreants have blackened the posters bearing the pictures of Scindia, put up across the capital city to welcome him.

Now the Bhopal municipal corporation has been seen removing Scindia’s posters erected across the city.

Scindia will arrive in Bhopal on Thursday at 3 pm, a day after joining the BJP at party headquarters in Delhi in presence of national president J P Nadda.

Scindia will also hold a roadshow from the airport to the BJP office in Bhopal on Thursday.

To welcome Scindia in Bhopal, BJP had put up several posters and banners across the city. However, Some of the posters at Polytechnic crossroads were found to be blackened. The miscreants blackened only the face of Scindia in the poster leaving aside other leaders of the BJP.

Miscreants blackened the party posters bearing pictures of Scindia at other places in the city too.

According to BJP sources, a grand reception has been organised at the BJP office in Bhopal to welcome Scindia in the party.

Scindia will arrive at the BJP office after a road show from the Raja Bhoj Airport. Here, he will garland the statues of Deendayal Upadhyay, Vijayaraje Scindia, Kushabhau Thackeray and the portrait of Madhavrao Scindia.

As per the proposed schedule for the next day, Scindia will once again visit the BJP office at noon on 13 March. From here he will go to the Assembly premises to file nomination papers for the Rajya Sabha election.