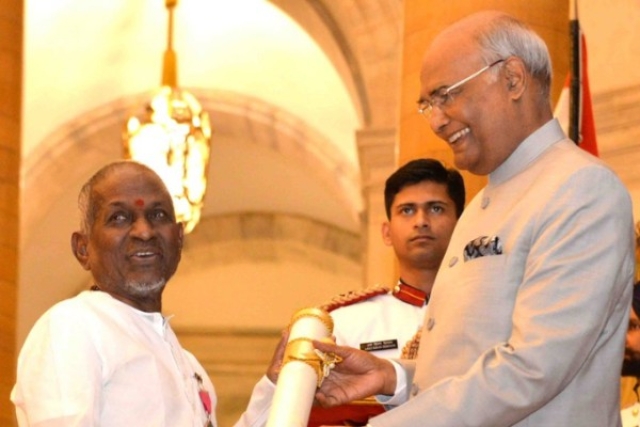 A Christian organisation has filed a case against music maestro Ilayaraja at a magistrate court in Bengaluru for a comment of his comparing Jesus Christ and Ramana Maharishi over resurrection.

The organisation - Indian Church Renewal - chief Gregory Ashok Arokiasamy, in his petition, argued that Ilayaraja’s interview at Google’s headquarters in March this year had hurt the feelings of crores of Christians, Tamil daily Dinamalar reported.

Arokiasamy further alleged that gthe music maestro, who was conferred Padma Vibhushan this year (2018), had attempted to outrage the religious feelings under Article 295A and is also liable for defamation.

Referring to controversies surrounding the resurrection of Jesus In his interview at Google, Ilayaraja said that whether resurrection (of Jesus) happened or not, the real resurrection happened for only Sri Ramana Maharishi when he was 16 years old when overcome by the fear of death, he decided to experience what death was.

In his Facebook post, Arokiasamy said: “we will not leave you until you kneel down (and seek apology)”.

Ilayaraja was born a Christian as Daniel Rasappa but over the years has embraced Hinduism. He was instrumental in the construction of the sixth tier of the Srirangam temple tower. According to Ilayaraja, he conducted music shows to collect money for the tower on the request of Kanchi Kamoti peetam Shankaracharya Sri Chandrasekharendra Swamigal. He has also composed Thiruvasagam, hymn on Lord Shiva written by Tamil saint Manikkavasagar.

The maestro also refused to compose music for the Tamil film on Periyar, saying he can’t produce for a film based on an atheist after having composed Thiruvasagam.

On social media, Ilayaraja drew support for his comments with people saying that he was entitled to freedom of expression.

The court admitted Arokiasamy’s petition and posted the matter for hearing on 9 October.