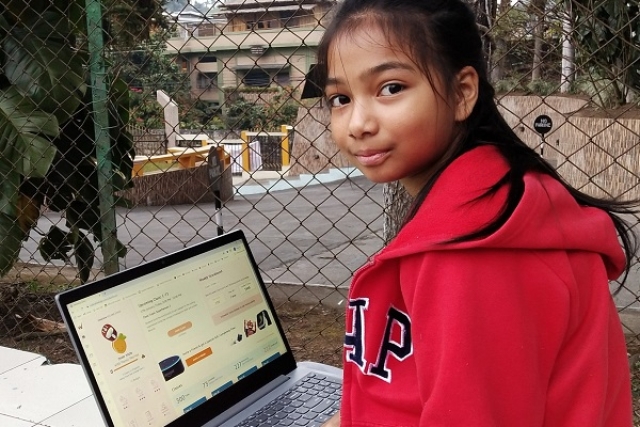 Meaidaibahun Majaw, a nine-year-old Meghalaya girl who created an anti-bullying app, has been invited to the Silicon Valley, reports The New Indian Express.

As per reports, Majaw is a student of Class IV in Shillong and she has been selected by an online portal, White Hat Junior, as among 12 winners. She might be the youngest entrepreneur from the North-east region.

The portal, which helps children learn the basics of coding, tweeted: “Kudos Mae Mae, who is one of our winners of the 12 chosen ones! Mae Mae will soon be flying to #SiliconValley to meet #Google Scientists, Waymo Engineers, VC’s from Nexus Ventures and Entrepreneurs from Owl Ventures.”

She is scheduled to give a presentation on her app in front of the audience at Silicon Valley.

Her app could be a huge hit around the world, especially in the western countries, where bullying is a major issue.

She enrolled with White Hat Junior in September last year, and within three months she developed the app. The app would help children and students to alert their teachers, parents and others anonymously against bullies. She is also said to be working on other apps.

“Ecstatic to learn that Meaidaibahun Majaw #Meghalaya’s 9yr old genius who created an anti-bullying app to help victims report cases of #bullying anonymously to parents and teachers is among the 12 chosen ones to go to #SiliconValley. A dream come true for Meai. So proud of her,” he tweeted.