NCP Chief Sharad Pawar Claims PM Modi Wanted BJP, NCP To ‘Work Together’ In Maharashtra But He Refused The Offer 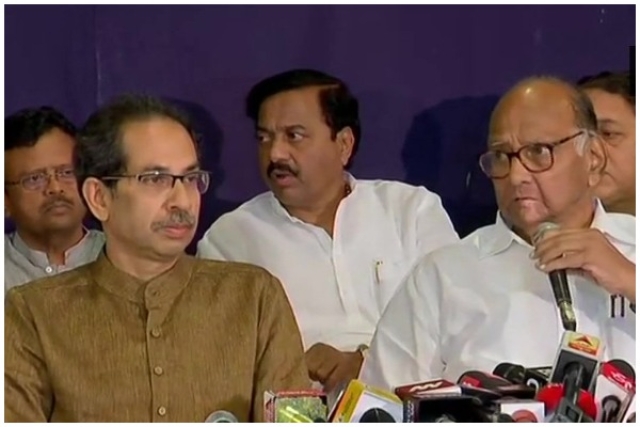 Nationalist Congress Party (NCP) supremo Sharad Pawar has claimed that Prime Minister (PM) Narendra Modi had proposed that they "work together" during the recent turmoil in Maharashtra, but he refused the offer.

Pawar made the disclosure in an interview with Marathi news channel ABP Majha. The NCP chief said that he had told Modi that he has good relations with him, but their "working together was not possible".

As per media reports, Pawar's daughter and Baramati Member of Parliament (MP) Supriya Sule was offered a ministerial berth in the Union Cabinet, and there was even speculation that he was offered the President's post.

After the Shiv Sena split from its long-time ally BJP over the issue of a rotational Chief Minister (CM), the Shiv Sena, Pawar's NCP and the Congress had started discussions on a common minimum programme. But in the midst of this, Pawar had set off speculation by meeting PM Modi.

However, it was Pawar who took the initiative for the Sena-NCP-Congress government, and even convinced an initially-reluctant Congress interim President Sonia Gandhi to give her consent.