‘Seasonal Hindus Are Back’: Priyanka Vadra Ridiculed After Getting Key Hindu Mantra Wrong 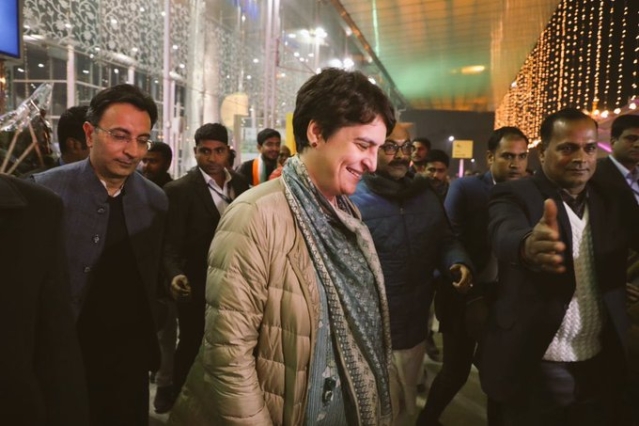 Congress leader Priyanka Gandhi Vadra, close to 1.00 am, today (31 December) tweeted from her iphone, the navarna mantra, albeit wrong.

The navarna mantra is considered sacred and quite powerful in the Hindu mantra/tantra shastra. The correct mantra in Devanagari script is:

The mantra consists of three beej mantras corresponding to Devi Mahakali, Mahalakshmi and Mahasaraswati. Devi Bhagvata elaborates in detail about the significance of the mantra.

The mantra shastra is the study of sound, how each sound is produced, the effect of each sound form, and how to elevate one’s consciousness through these sounds. Therefore, utmost emphasis is put on correct pronunciation of the mantra.

Some ridiculed the tweet as opportunistic. “Seasonal Hindus are back,” tweeted one user. The Gandhi family has been ridiculed for superficial gestures on Hinduism for political gains.

Before the elections, Rahul Gandhi was accused of “temple hopping”, while his partymen declared him to be a “Janeu dhari” and a “Shiv bhakt”.