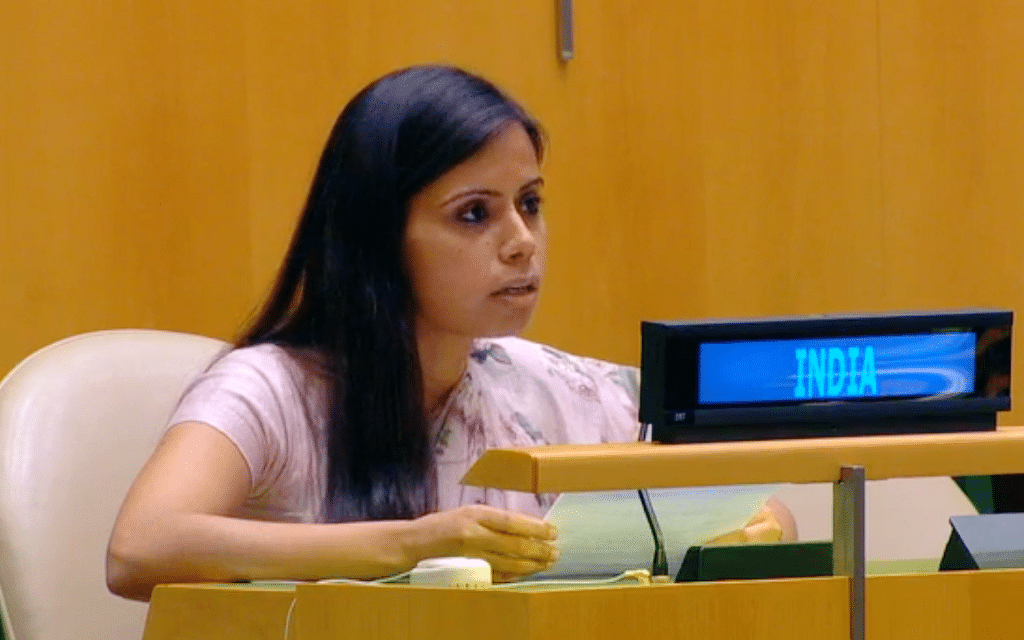 Exercising its right to reply to Pakistan Foreign Minister Shah Mehmood Qureshi accusation at the United Nations during his address, India on Saturday fact checked his speech for the member states and the presiding officers.

Indian diplomat Eenam Gambhir asked if Pakistan can deny the fact that it is the "host and patron" of 132 of the UN-designated terrorists and 22 terrorist entities listed under the Security Council Sanctions regimes.

"Will Pakistan deny that the UN-designated terrorist Hafiz Saeed enjoys a free run inside Pakistan and spews venom and sets up candidates for electoral offices," Gambhir, a member of India’s Permanent Mission, asked.

During his speech, Pakistan’s Foreign Minister had claimed that his country has successfully turned the tide against terrorism and said India’s allegations were an attempt to avoid talks on the issue of Kashmir.

Targeting Pakistan Prime Minister Imran Khan’s plan for ‘New Pakistan’, Gambhi said that the vision is “cast in the mold of old”.

"This morning my delegation came here to listen attentively to the new Foreign Minister of Pakistan outline the vision of a ‘New Pakistan’. What we heard is a ‘New Pakistan’ cast in the mold of the old," the young diplomat said.

Responding to the allegation of India's involvement in the 2014 Peshawar school attack, Gambhir said, "Among the most outrageous was the preposterous allegation relating to the horrific terror attack four years ago."

She also took a jibe at the appointment of a ‘Human Rights minister’ by Khan and his effort present the country as a champion of human rights.

“Championing of human rights should begin at home," Gambhir said.

"This is vintage verbal duplicity," Gambhir added, citing the example of Princeton professor Atif Mian, who was asked to resign from the Economic Advisory Council by Khan’s government because he belongs to the Ahmadiyya sect. The Islamic Republic had declared Ahmadiyyas non-Muslims in 1974.

She ended her reply by calling Khan’s vision of ‘New Pakistan’ fake.