Islamic State, RSS And The Lazy Intellectualism Of Ramachandra Guha 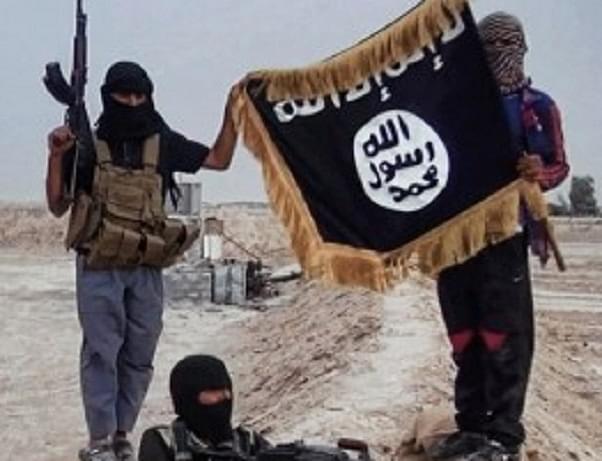 Historian Ramachandra Guha’s attempt to draw parallels between the RSS and the Islamic State comes across as contrived and prejudiced.

One did not think one would ever have had to accuse modern historian Ramachandra Guha of lazy intellectualism, but that is exactly what one is forced to conclude on reading his laboured efforts to compare Islamic State with the Rashtriya Swayamsevak Sangh (RSS) in an article in the Hindustan Times on Sunday (14 February). Maybe Guha did indeed deserve the epithet of “pretentious historian” that St Stephens College Principal, Valson Thampu, contemptuously used in a programme on CNN-IBN interview.

Guha begins his long-winded argument by a reference to Michel Houellebecq’s novel set in 2022, where a Muslim Brotherhood clone takes power in France. This group is not interested in economics but wants to focus on birth rate and education. This is because the Islamists in this novel want to make sure that Muslims proliferate faster than the rest, and the young are schooled in their way of thinking so that Islamism wins in the end.

Guha calls this novel’s imagination “fanciful”, and then links this kind of Islamic supremacist thinking to the way RSS thinks. He thinks it is fanciful to attribute such ideas to Islamism, but not to the RSS, and writes:

Education and population have long been central to the programme of the most influential Hindu organisation in the country, the Rashtriya Swayamsewak Sangh. The RSS has started thousands of schools, whose curricula emphasise the greatness of Hindu civilisation. When their political arm, once the Jana Sangh, now the Bharatiya Janata Party, enjoys a slice of state power, the RSS pitches hard for schools to adopt curricula promoting the glorification of Hindu gods and warriors.

Prima facie Guha is not wrong to describe what the RSS may be about, but is this not the case almost everywhere, in any organisation that seeks to proselytise or propagate its views on culture? Does not every Christian evangelical organisation-run school plan catechism classes for the young? Does not every Muslim organisation run a madrassa to catch them young? Wasn’t this what Stalin and Mao did in Communist Russia and China after they gained power? The RSS, if anything, is very late to the game.

If this is what every society tries to do, why is it necessary to paint the RSS’s own efforts as somehow sinister?

Guha also talks about the RSS seeking to gain a foothold in education whenever the BJP was in power, either at the state level or the centre. But isn’t this exactly what the Left’s bargain was when it agreed to back Indira Gandhi’s bid for power? Wasn’t Nurul Hasan not responsible for taking control of education and cultural institutions, purging it of any Hindu elements and stuffing the place with Leftist intellectuals of every hue?

Guha also points out the RSS obsession with population numbers, and one can agree that this is an unwholesome aspect. But, surely, there is some basis for Hindu fears of being outnumbered, especially in some pockets of India, when this has manifestly been the case in our neighbourhood? Bangladesh, which had 21 percent Hindus post-partition, is now down to 8-9 percent. As for Pakistan, the Hindu population is a frightened, dhimmified minority, afraid of its own shadow. In the Kashmir valley, the Pandits were forced into exile. And in Assam, immigration and population growth has reduced Hindus to a minority in many districts, and this has begun to happen in some districts of West Bengal and Bihar too.

In Kerala, it is only a matter of time before the Hindu population falls below 50 percent, as Muslim population growth and Christian proselytisation take a toll.

In Europe, the far right is rising due to similar fears of being swamped by immigration. The same issues are confronting America, and this is why Donald Trump gets his support. China and Japan make no bones about the fact that they do not encourage immigration. The RSS is clearly not alone in feeling what it does, especially when India is secular largely because of its benign approach to religion so far. Fears that a change in demography can endanger many things are thus not entirely unwarranted, even though we could do without the Sangh’s hysteria.

Guha’s problem – like those of many of our Secular Left Outrage Brigade (SLOB) – is that political correctness needs him to point fingers only in one direction. I recall that in an article on bigotry in The Telegraph, Guha managed to refer repeatedly to Hindu bigots without fear, but when it came to calling out Muslim bigotry, all he managed to call them was “angry bearded men.”

Guha is able to summon outrage when a Dadri happens, but not when Muslim mobs congregate everywhere to demand the hanging of a Kamlesh Tiwari who had said something unsavoury about the prophet. In fact, many so-called secularists have been effectively defanged and dhimmified, making their secularism suspect. In West Bengal, the recent Muslim violence in Malda, where a police station was burnt down, got the administration so scared that even before the TV cameras could get there, the government of Mamata Banerjee got the Kaliachak police station repainted in 48 hours and transferred all the policemen in that town elsewhere so that no one can find out the truth. This shows how dhimmified even a state government is to Muslim acts of belligerence.

Guha then goes into his Islamic State comparison. In order to sound reasonable, he first rejects Leftist historian Irfan Habib’s direct comparison of Islamic State and RSS as a bit over the top. He admits that “this (comparison) is a considerable (if not wild) exaggeration. The IS wants to dominate the entire world, not just one country. The jihadis in Syria and Iraq are barbarians, capable of mass murder and of the savage obliteration of history. The IS seeks to commit genocide against Christians, Yazidis, and even Shias.”

But Guha uses historian Dharma Kumar’s observation in the wake of the Ram Janmabhoomi agitation that the “RSS wanted to build an Islamic state – for Hindus. In medieval Islamic polities, Jews and Christians were accorded second-class status. They were not allowed to hold state office, but could practise their professions peacefully so long as they recognised their political subordination. This was precisely how the RSS expected Christians and Muslims to behave in India.”

In other words, the RSS wants a dhimmified Muslim population in India. I can’t confirm whether this is what the RSS actually wants, but if Guha is under the impression that reducing non-Muslims to second class status is about the mediaeval past, he is quite wrong. In no Muslim state do non-Muslims have equal rights even today, not even in benign Bangladesh, which is halfway secular despite having Islam as its state religion.

The title of Guha’s article, “From IS to RSS: Drawing Parallels Between Islamism and Hindutva”, does not in any way get justified by his subsequent argumentation, for Guha himself, at one point, is forced to conclude that Habib was wrong, and writes: “To me, Dharma Kumar’s nuanced comparison makes more sense. The RSS wishes to subjugate Muslims and Christians, not to exterminate them completely. That said, in the context of the open, plural, democratic society that the Indian Constitution envisaged, the RSS does come across as bigoted and majoritarian.”

So, the RSS is “bigoted and majoritarian” only in the context of the Indian constitution, and not by global comparisons, especially with IS. Why then try and draw such absurd parallels?

The reason why parallels are even sought to be drawn is probably because Guha, like Irfan Habib, has a political agenda rather than an intellectual’s approach to understand what the Sangh Parivar is upto. The Sangh’s agenda is largely reactive, whether it is in its ghar wapsi programme (in a reaction to Christian evangelisation) or Islamic demographic creep in large parts of the north-east and the south. The Sangh is being demonised even though it is only trying to counter what its rivals are trying to do. To evaluate the Sangh’s position without understanding what is causing it is not worthy of an objective historian.

The comparison to Islamic State is particularly odious because the Islamists are growing more barbaric with every passing year; from the Taliban to Al Qaeda to Boko Haram to Al Shabaab to Islamic State, Islamists have been hitting new depths of barbarism, making even the most bigoted Sanghis look like boy scouts. But you can’t demonise the Sangh unless you draw the parallels anyway. Hence the attempt to lump unconnected cases of church vandalism to build a narrative of systematic attack on minorities; the idea is to keep planting the idea of barbarism into narratives about the Sangh so that when one incident falls into this category – like the lynching of Mohammed Akhlaq for alleged cow slaughter – the whole story can be validated. This is a typical Goebbelsian technique of demonisation.

More than IS and RSS, the link between barbaric Islamism and barbaric Left wing thinking is stronger. The common thread that connects Islamists to the Left is that both believe in a form of totalitarianism where power has to be grabbed and non-believers (whether from other religions or class collaborators) have to be subjugated and killed. The holy book is supreme, and dictatorship vital to bring god’s laws (or the proletariat’s interests) to the fore. Outside Hitler’s Germany, the worst cases of barbaric behaviour and genocide were only practised by the Left in Russia and China, and both Stalin and Mao were heroes to the Indian Left – they have still not been repudiated or called mass murderers.

The only way to justify the blood-curdling ideology of Islamism and Marxism is to accuse others of harbouring the same goals. Once that is done, it is easy to demonise them.

The RSS may well be bigoted and narrow-minded, and the Sanghis can also be accused of inventing an “other” in the Muslim, but intellectuals like Guha are guilty of the same narrow-mindedness when they erect the Sangh as the “other” that needs to be hated and denigrated.

Some time back, Guha lamented that the right in India did not have enough intellectuals. He may be right, but if his own level of intellectualism is descending to their alleged levels, it would be a great pity.

The Guhas of the world are not meant to become pamphleteers for those who have a vested interest in demonising Hindu organisations and drawing absurd parallels with Islamic State.

Thampu of St Stephen’s probably got it right when he questioned Guha’s credentials as an objective historian: “Who is a historian? A historian is one who tries to be faithful to facts….”, Said Thampu. He implied that Guha, who called him a fascist, had let his ideology get in the way of his history and analysis. Guha’s attempt to conflate IS and RSS is a good example of this. (Listen to the CNN-IBN interview here)