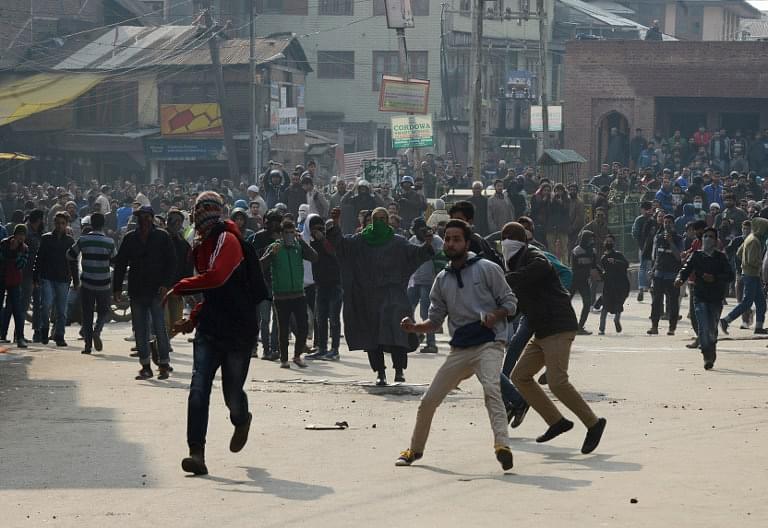 Leading Kashmiri opinion leaders have opined, and very rightly, that the State of Jammu and Kashmir has to be trifurcated into Jammu, Kashmir and Ladakh   if the people of the state’s three regions  are to “live their own chosen life” .

Convinced that people of Jammu and Ladakh will under no circumstance endorse the Kashmiri demands ranging from self-rule to greater autonomy to merger with Pakistan some sophisticated and renowned writers have put forth another solution. This solution according to them will end unrest in Jammu and Kashmir and harmonise inter-regional and inter-communal relations.

People of Jammu and Ladakh constitute more than half of the state’s population and inhabit more than 88 per cent of the state’s land area. They are ardent believers in the concept of national unity. They vouch and consistently struggle for a regime that empowers them to shape and control fully their socio-economic and political future within India and under the Indian Constitution. In effect, complete integration into India has been their motto, the gospel of their political redemption.

The people of trans-Himalayan strategic Ladakh have been demanding Union Territory status since decades, saying they cannot have any kind of truck with Kashmiri leadership, which doesn’t consider Jammu and Kashmir State an integral part of India, and exploits them. Similarly, the people of Jammu have been demanding separation from Kashmir on the grounds that Kashmiri leaders of all hues stand for a “regime outside the political and constitutional organisation of India” and that they are fed up with the “Kashmiri hegemony and domination over the state’s polity and financial and social institutions”.

They have opined, and very rightly, that the State of Jammu and Kashmir is an unnatural formation and if the people of the state’s three historically, politically, culturally, ethnically and economically regions – Jammu, Kashmir and Ladakh – are to “live their own chosen life”, the state has to be trifurcated. So much so, they have termed as “hypocrites” those in Kashmir who oppose three-way split of the state and without mincing words acknowledge that there is “no commonality” between the state’s three regions.

Take, for example, what distinguished Kashmiri writer and opinion leader Ghulam Nabi Khayal said twice within a span of two weeks on November 10 and 24, 2015. Khayal, who only recently returned his Sahitya academy Award over the issue of what he called “growing intolerance under Prime Minister Narendra Modi’s rule”, on November 10 said-

I am of a firm opinion that whoever advocates holding together all the three regions of Jammu and Kashmir State, is a hypocrite. Those who have been at the helm of affairs right from 1947 and those who are now spearheading a different movement of separation from the Indian Union or holding of plebiscite, are compelled by their political expediency to support this unnatural combine of state brought by those autocratic non-Muslim rulers (in this case Maharaja Gulab Singh of Jammu) not hailing from Kashmir.

The mountainous land of Buddhists, Ladakh, has…been playing anti-Kashmir card intermittently which witnessed an ugly look of horror against Kashmiri traders and cabmen about 40 years ago. Ladakh’s genuine demand for Union territory status is to be conceded. Otherwise also, this frontier land is now straightaway ruled by its own (Ladakh Autonomous Hill Development) Council and not by the state government. Jammu has all along been a pricking thorn in the eye of Kashmir. The anti-Kashmir Jammu be merged into Punjab or given a separate statehood. Kashmir should least bother about the political future of Dogra land. Other relevant modalities could be talked about later”.

And, on November 24, Khayal again reiterated his stand and went several steps further to justify his solution to the Kashmir problem. Terming people of Jammu as “a liability” for people of Kashmir, Khayal condemned the March 1846 Treaty of Amritsar between Maharaja Gulsab Singh and British Indian Government under which Kashmir became part of the Jammu Kingdom. He charged people of Jammu region with snatching everything from Kashmir, barring “polluted Dal Lake”-

Today, every thing has undergone a sea change and, therefore, a common saying has gained currency across Kashmir Valley that Jammu has taken away everything from Kashmiris except polluted Dal Lake. ‘Let them take it also but leave us to our fate,’ they demand.

The upshot of his whole formulation was that Jammu region must be separated from the Valley so that “this menace is done away with once and for all” and that it is imperative that “Jammu should live its own chosen life and we (the Kashmirs) will live ours”.

In between on November 11, another leading Kashmiri commentator and opinion-maker M Ashraf, who is also known for his unstinted support to the demand in Kashmir for its complete independence from India, took an identical stand on the Treaty of Amritsar. He lamented that “for almost four and a half centuries now Kashmiris have been under external bondage” (read rule of Mughals, Pathans, Sikhs and Dogras between 1586 and October 1947). He among other things said-

Kashmiris were sold lock, stock and barrel by the British to Dogra Maharaja Gulab Singh for rupees seventy five lakhs. Dogras ruled Kashmir for 100 years. The end of the British rule over the Indian sub-continent instead of freeing Kashmiris landed them in the worst logjam in their entire history….

The point is that the attitude of Kashmiri opinion-leaders towards Jammu and Ladakh is undergoing a radical change.

They have, it appears, come to the conclusion that Jammu and Ladakh are no more than a millstone around Kashmir’s neck. Notwithstanding their utter bias against Jammu and Ladakh for no reason, Khayal and Ashraf, like many, many others in Jammu and Ladakh, have only hit the nail on the head and come out with a realistic solution to the issues facing the people of Jammu, Kashmir and Ladakh.

Significantly, late Union President R Venkataraman had also urged late Prime Minister Indira Gandhi to divide the state to limit the area of contention and strife to Kashmir Valley. He had urged her to grant status of statehood to Jammu and Union Territory status to Ladakh and deal with Kashmir separately.