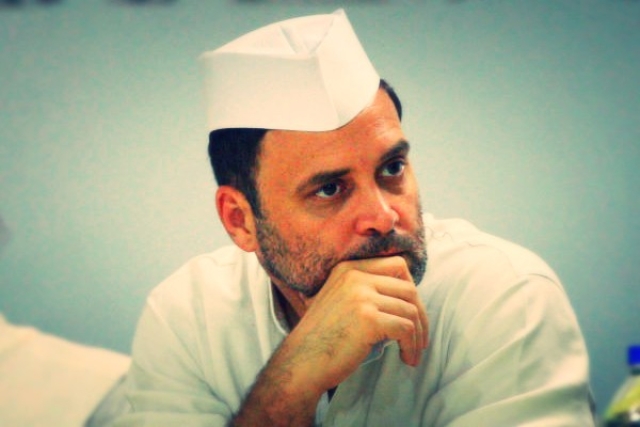 “Never hate your enemies. It affects your judgement”, wrote Mario Puzo in The Godfather. Reading further, the context of this quote will become apparent.

Let us say someone is wishing you on your birthday. What would you want their wish to be about? It should be about you and not their own agendas, in case the person wishing you is half-decent.

On that note, here is a birthday wish that is ostensibly for Manmohan Singh.

India feels the absence of a PM with the depth of Dr Manmohan Singh. His honesty, decency and dedication are a source of inspiration for us all.

Wishing him a very happy birthday and a lovely year ahead.#HappyBirthdayDrMMSingh

More than Dr Singh, this tweet seems to be about Rahul Gandhi’s own resentment at the ‘usurpation’ of the throne Dr Singh meant to pass down to the latter by the chaiwallah who had no business doing that.

What Gandhi is really saying is, “Every cell of my body curls up in hate and disgust for Modi who became Prime Minister. Oh, that reminds me, Dr Singh was PM too”.

A moment of political petulance, but a rare one, perhaps? Not exactly.

Here is Gandhi’s tweet about ‘Vijay Diwas’, a day to remember India’s memorable victory against Pakistan in 1971.

‘Vijay Diwas’ is a commemoration of the valour of the armed forces. But Rahul Gandhi cannot see anything glorious here, but only an opportunity to take a dig at Prime Minister Modi.

On Tamil poet Subramania Bharati’s birth anniversary, one would think Gandhi’s tweet would be about the multi-faceted Mahakavi or his brilliant poetry. But it was about grinding Gandhi’s own political axe. Never mind that the farm laws that Modi government passed were promised in Congress’s 2019 manifesto.

Sardar Vallabhbhai Patel was instrumental in uniting India politically and creating one political entity out of the immediate political chaos of independence. Irrespective of ideological predilections or disagreements with him, he’s a man to be respected.

On 31 October 2018, Narendra Modi unveiled the tallest statue in the world, the ‘Statue of Unity’, in memory of Sardar Patel. Modi had done something that multiple Congress governments since 1950, most of them led by Rahul Gandhi’s own family, had failed to do.

On such a day, here’s what Gandhi had to say:

Ironic that a statue of Sardar Patel is being inaugurated, but every institution he helped build is being smashed. The systematic destruction of India's institutions is nothing short of treason. #StatueOfUnity

Not about Patel, but about taking a swipe at Modi.

There is a larger point to be made about such behaviour but let us go to that after a few more samples.

Here’s a similar one on Dr Ambedkar’s birth anniversary:

On Dr Babasaheb Ambedkarâs jayanti, let us re-dedicate ourselves to the 4 universal values of JUSTICE, LIBERTY, EQUALITY & FRATERNITY enshrined in our Constitution.

Those who pay him tributes on this day, while insidiously weakening these values, do his memory disservice.

If you thought Rahul Gandhi uses only birth anniversaries of past leaders to express his hatred for Narendra Modi, here’s something worse.

Congratulations to #AbhijitBanerjee on winning the Nobel Prize in Economics.

Abhijit helped conceptualise NYAY that had the power to destroy poverty and boost the Indian economy.

Instead we now have Modinomics, thatâs destroying the economy and boosting poverty. https://t.co/joBYusVFKT

Even congratulating Abhijit Banerjee had to be about Narendra Modi.

Rahul Gandhi seems so badly bothered by Narendra Modi all the time that whether it is birth anniversaries or national occasions, he sees Modi everywhere.

Political antagonism is nothing new. But Rahul Gandhi’s ire, given that it manifests itself literally everywhere, Vipassana notwithstanding, seems to originate from deep personal resentment.

Perhaps, Gandhi feels he has been a failure in fulfilling the role that his doting mother tried to orchestrate for him and he feels he let her down. He pins all the blame for that on Modi.

Or it is that he still has not come to grips with the fact that someone from Narendra Modi’s background could ever trounce him? Not English-speaking, nor from fancy schools or foreign universities, and yet, Modi got the better of Gandhi. This sentiment is surely part of it because, post-2014, Gandhi was seen attributing Modi’s victory to ‘marketing’. Post-2019, ‘institutional subversion’ and other such reasons were used to console himself – essentially, anything but Modi’s own track record of work which Gandhi thinks is all made up.

Even four days before the election results of 2019, Rahul Gandhi was speaking of EVMs and the Election Commission’s ‘capitulation’ before Modi and his ‘gang’. “Otherwise, how could Modi ever win against me in a fair contest?”, Rahul Gandhi seemed to think after hearing various reports about the writing on the wall.

To illustrate the wisdom from Mario Puzo’s pen that hatred affects one’s judgement, ironically, one needs to go no farther than half-Italian Rahul Gandhi. His personal hatred for Modi made Gandhi centre the 2019 election around a cheap slogan against Narendra Modi and his party bore the brunt of it. It was always ‘Modi this, Modi that’. But Gandhi has not learnt a single lesson.

The contrast cannot be starker. Narendra Modi’s speeches or tweets are about so many different things and Rahul Gandhi’s presence is rarely ever acknowledged. Modi, in my memory, has never taken Rahul Gandhi’s name directly – it has always been monikers like ‘Naamdaar’.

The only exception to this was when Rahul Gandhi said, "If Modi wants to speak on my parents, he can do so, but I will not speak on his family. Even if Narendra Modi's parents may have done something wrong, I won't comment on his parents.”

In response, for the first time Modi took Rahul Gandhi’s name and said, “I will sponsor Rahul Gandhi's press conference if he finds any wrongdoing about my parents.”

Rahul Gandhi went to such an extent that he even pulled in Modi’s completely apolitical parents into his own political mudslinging.

It is in this context that one must see the ostensible ‘churn’ within the Congress party.

Saner political minds that have no love lost for Modi still have the common sense to see that the Congress party, fashioned in Rahul Gandhi’s own hateful and spiteful image, is constantly targeting Modi personally and shooting itself in the foot. The sooner Rahul Gandhi finds a cure for his bitterness and resentment, the better it is for him and his party.

An earlier version of this piece was published as 'Rahul Gandhi's birthday wish for Manmohan Singh revealed a pattern (hint: it's got to do with Modi)'.