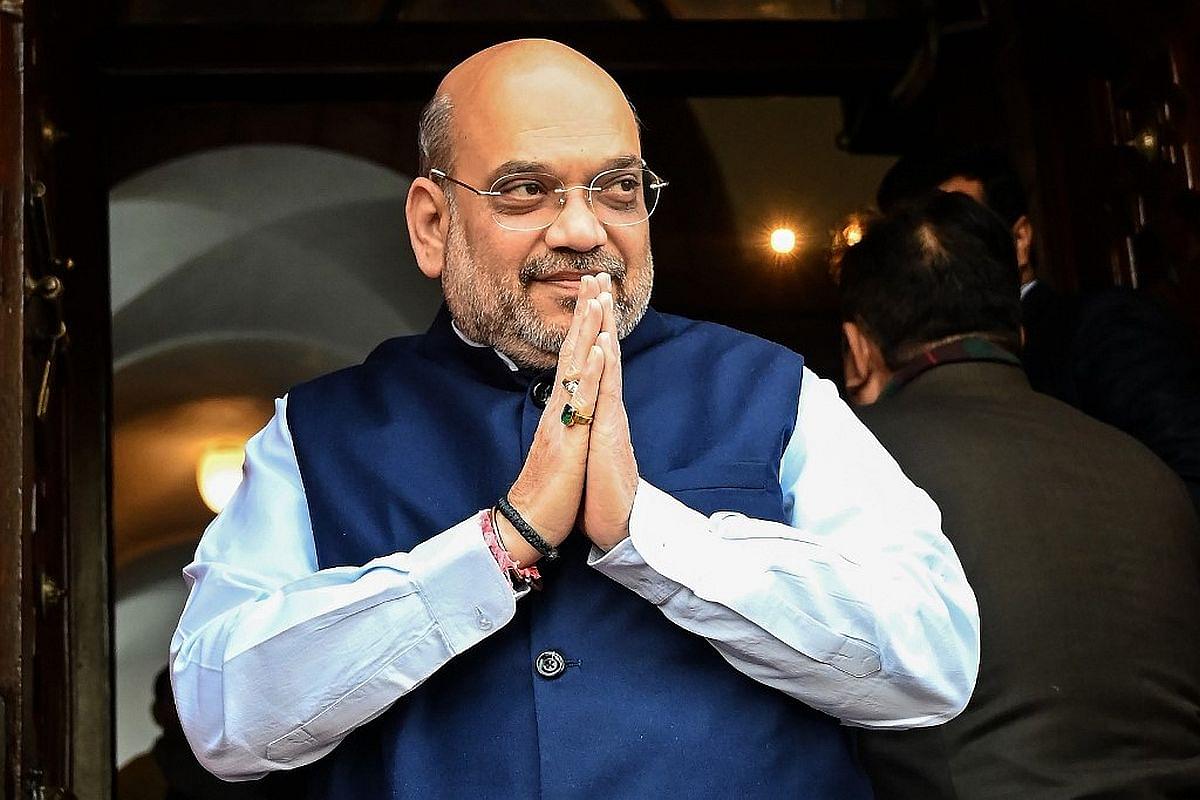 Kairana (UP), Jan 22 (PTI) Putting the spotlight on the issue of alleged “exodus” of Hindus from Kairana before 2017, Union Home Minister Amit Shah on Saturday visited the affected families who have since returned here as he began his door-to-door election campaign in western Uttar Pradesh.

Accompanied by party workers and leaders wearing saffron caps and stoles with the BJP election symbol, Shah treaded the rain-drenched lane in the winter chill and distributed pamphlets mentioning the achievements of the BJP government, amidst intermittent shouts of 'Jai Shri Ram' and 'Bharat Mata ki Jai'.

This is the first political programme by Shah in Uttar Pradesh after the assembly poll dates were announced and the choice of Kairana is significant as BJP leaders had alleged that a large number of Hindus were forced to migrate from the area due to threats during the Samajwadi Party rule, making it a big poll issue in 2017.

In the recent election rallies, the party's top leaders have been again raising the issue while claiming an improved law and order situation in the state under the Yogi Adityanath government.

The issue, however, has had communal overtones and was seen as a polarising factor in the last polls.

Shah paid a visit to families whose members were allegedly forced to migrate during the Samajwadi Party rule. Security personnel had a difficult time as crowds jostled to see the BJP leader.

The residents of the area spoke about security being the most important issue for them and some showered flower petals on the BJP leader and chanted 'Modi-Modi'.

The BJP has fielded Mriganka Singh, eldest daughter of late Hukum Singh who had won the seat several times, from Kairana against the RLD-Samajwadi Party candidate Iqra Hasan.

Iqra Hasan was fielded after political adversaries attacked the SP for giving a ticket to tainted sitting party MLA Nahid Hassan who was arrested under Gangster Act on January 15 after filing his nomination.

Kairana is a city and municipal board in Shamli district in western UP.      Shah has been again given the task of overseeing the party's campaign for upcoming assembly elections as he is known to have a good understanding of caste dynamics in the state and coordination with workers personally across constituencies.

He was the chief architect of the BJP's stupendous win in the 2014 and 2019 Lok Sabha elections and 2017 assembly elections in the state.

Elections to the 403-member Uttar Pradesh assembly will be held in seven phases starting from February 10.