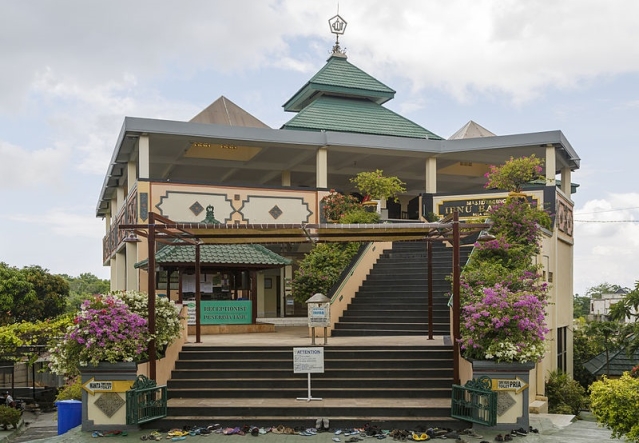 Indonesia is uniquely placed to lead the world’s propaganda war against ISIS and must unite the world’s reformist and moderate Muslim voices.

The horrifying terror attack in Jakarta earlier on 14 January, 2016 has shaken the world, coming only a week after the Paris police station attacks. Early statements from Jakarta Police have blamed the Islamic State (ISIS) for perpetrating the attacks and the terror group has itself claimed responsibility for it.

Most analysts didn’t see this coming. ISIS’s previous few attacks have been against those striking their cadre – France, Russia, Turkey and so on. But Indonesia isn’t a member of the anti-ISIS bombing coalition and it wasn’t expected to join in anytime soon. Yet, the attacks shouldn’t come as a surprise.

For years now, Indonesia has baffled Islamist recruiters around the world. Despite having the world’s largest Muslim population, Indonesia hasn’t seen sectarian tensions of the scale often seen in other parts of the Muslim world, nor does it have firebrand clerics calling for jihad.

Religious freedom is protected under the constitution, which recognizes six faiths as official religions. Perhaps above all, Indonesia is a functioning, vibrant democracy with one of the world’s fastest growing economies – a nightmare for religious radicals.

All of this also makes Indonesia a potential leader in the fight against ISIS, and the Jakarta attacks could prove to be its call to action. While military action is indispensable in the world’s quest to eradicate ISIS, many forget that this is also a propaganda war.

ISIS’s greatest strength has been its ability to propagandize warped Islamic teachings, thereby hijacking discourse on the religion, succeeding in alienating Muslim communities in parts of the world and netting followers through social media.

Nobody has taken ISIS on in the propaganda war as well as some Indonesian groups. Late last year, the Nahdatul Ulama – Indonesia’s largest Islamic organization with over 50 million members – kicked off the Muslim world’s most coherent response to ISIS. With a 90-minute video replete with repudiations of ISIS’s worldview, the organization announced that it was going to take the terrorist group head-on in a global campaign.

“We are directly challenging the idea of ISIS,” said Yahya Cholil Staquf, a senior leader of the organization. To do so, the Nahdatul Ulama said that it was tying up with the University of Vienna to collect and analyze ISIS messages, and prepare responses that would be disseminated online and through conferences around the world.

Indonesia’s journey in establishing a vibrant democracy with a secular regime hasn’t been easy. The political crisis and power vacuum which followed the fall of President Suharto in 1998 threatened to suck Indonesia into a Syria-like disaster. Secessionist movements strengthened in different parts of the country. Sure enough, religious extremists sprung up, bidding to take over the regime.

Among them was militant leader Santoso, Indonesia’s most notorious terrorist. Santoso’s own life signifies how far Indonesia has come. At one point, Santoso was known to have collaborated in sophisticated attacks such as the Bali bombings of 2002. Today, Santoso hides away in the far-flung island of Sulawesi and commands merely 30-40 men.

Indonesia’s successful repression of radicalism in favor of secularism owes much to organizations like the Nahdatul Ulama. Over the decades, Islamic organizations across the country set up a number of religious boarding schools called pesantren. But unlike radical madrasas found in Pakistan, Bangladesh or other parts of the Muslim world, Indonesia’s pesantren teach their students a liberal brand of Islam rather than a political one.

Training is also given in secular subjects such as science and history in order to further widen the outlook of graduates. Pesantren graduates and scholars include President Abdurrahman Wahid who played a central role in Indonesia’s democratic evolution post the Suharto regime. President Wahid himself was actively involved in modernizing madrasas while religious community leaders spread pro-democratic sentiments among the populace. With the political situation stabilized, few could stop the progressive modernization of Indonesia’s religious schools, making the country one of the developing world’s brightest spots.

If Indonesia’s story is to be replicated in other parts of the Muslim world, Indonesia’s religious leaders will have to take a lead in fighting Islamist radicalism and extremist propaganda. The biggest challenge in the anti-Islamist propaganda war is that radical elements are far better coordinated globally than moderate Muslim voices.

Organizations such as Nahdatul Ulama are present but scattered across countries such as Egypt, Malaysia and India. Indonesia must take a lead in stitching together a coalition between them – one that would likely do more in countering ISIS than perhaps even the military one.