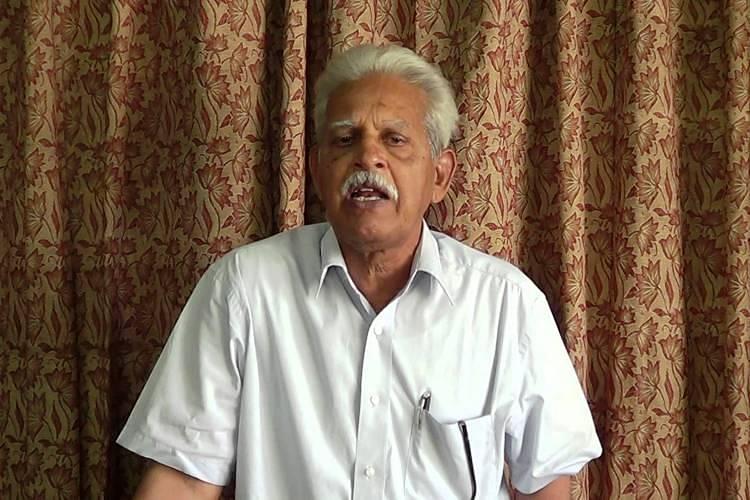 What would you call a person, who claims that “parliamentary democracy is not good for India, and armed struggle like Naxalbari is the only way forward?”

What would you think of him if he justifies killings of innocent tribal by Maoists giving a reason that life of revolutionaries, that is Maoists, is more important than police informers?

Would you think if such a person is a defender of human rights or a Maoist sympathiser?

Ideally, there is no place for ambiguity when it comes to answering such questions.

However, a section of people in India go one step beyond and perceive such a person as a human rights activist. Is it attributed to the naivety or a motive? Well, that varies from person to person.

Surprised? You need not be. This is an era of perception warfare, where facts are twisted, evidence is excused and truth is sacrificed to manipulate perceptions.

Few years back, I met Varvara Rao for the first time at his residence in Hyderabad. An academic researcher, who had just stepped into the complex subject of left-wing extremism, I was trying to understand diverse views to form my own opinion on Maoism, and met him to find out the Maoist side of Maoism.

I was curious about his response to my questions as I had already read about his unapologetic active support to People’s War Group (PWG), a Naxal outfit started by Kondapally Sitaramaiyya in the 1980s.

In fact, many times he was introduced as PWG ideologue by journalists and academicians from his own organisations.

Varvara Rao’s interviews, writings and speeches, which form his digital footprints today, are testimony to 50 years of his association with various Naxal fronts and his connects to the topmost Naxal leaders and central committee members of Communist Party of India (Maoists).

He was elected as president of Revolutionary Democratic Front (RDF) in 2012 and aggressively opposed the decision of the Andhra Pradesh government to ban RDF being a Maoist front.

His organisation Revolutionary Writers’ Association (RWA), also known as Virasam, was identified as Maoist front organisation by various state and central governments in the past, and was banned as well.

The recent in this series was the mention of RWA and RDF in the list of 74 front organisations by R P N Singh, former minister of state of the United Progressive Alliance (UPA) government in February 2014 in Lok Sabha.

He was a speaker at the memorial lectures organised in the memory of Anuradha Ghandy, the late central committee member of CPI(Maoist) in 2017.

He was also a speaker at Naveen Babu Memorial Lecture at Jawaharlal Nehru University (JNU). Naveen Babu was a JNU student, who went underground to join the Maoist movement, and died in 2000 in an encounter while fighting for the Maoist cadre in Andhra Pradesh.

One can imagine the blunt replies that can be expected from such a person to be interviewed.

As I entered his house, a red replica of monument in the hall caught my attention. Maoists generally build these monuments in Dandakaranya in the memory of their fallen comrades in armed fights with security forces.

The conversation started and went on for more than an hour. With some discomfort, I posed my last question on the unapologetic support to Maoist violence. “How can you justify violence by the Maoists!” I asked with the humanly innocence.

His answer was not different from the typical stand he takes to justify almost anything and everything done by the Maoist cadre.

After that meeting, I saw him in a Pune court during the hearing of Elgaar case as one of the accused. The Elgaar arrests and subsequent propaganda presented a new lesson in life.

Earlier, I used to think that only political leaders could be rebranded and ‘relaunched’ with a makeover.

However, here I was witnessing a case where a man like Varvara Rao, who has been wearing the Naxal tag on his sleeve all his life, was being rebranded as a human rights activist.

In May 2020, he was admitted to JJ Hospital as he reported health concerns. Within couple of days, he was sent back to jail after the medical experts found him fit.

This week again, he reported sick and was found Covid-19 positive and asymptomatic.

There is a campaign going on raising concerns about his health and if he was getting proper medical treatment.

For better treatment related to neurological and urological management, he has now been shifted to Nanavati Hospital. Doctors confirmed that he does not have complications related to Covid-19.

Many already concluded that his rights are being violated because he has not been given bail.

In fact, from session court to Supreme Court, the accused in the Elgaar Parishad case were denied bail with a reiteration by judges that “there is prima facie evidence that the accused were part of conspiracy by proscribed terrorist organisation CPI (Maoist)”.

The investigation of Elgaar Parishad case was wide and probed the role of CPI (Maoist) and their wider anti-India conspiracy. Elgaar Parishad was just a small part of it.

It is important for the Maharashtra Police to ensure that Varvara Rao remains healthy. They would want him convicted based on the evidence they are certain about. If it is about human rights of the accused, let us not forget that there have been instances wherein security forces have donated blood to save lives of armed Maoists captured after encounters.

This country respected and upheld human rights of terrorists such as Ajmal Kasab in the past. Let’s be assured that Varvara Rao won’t be an exception.

Capt Smita Gaikwad is a former army officer, and researcher on left-wing extremism with Forum for Integrated National Security. She is one of the members of the fact-finding committee on Bhima Koregaon riots who highlighted the role of Maoists in Elgaar Parishad.

Capt Smita Gaikwad is a former army officer and researcher on left wing extremism with Forum for Integrated National Security. She is one of the members of the fact-finding committee on Koregaon Bhima riot who highlighted the role of Maoists in Elgaar Parishad.