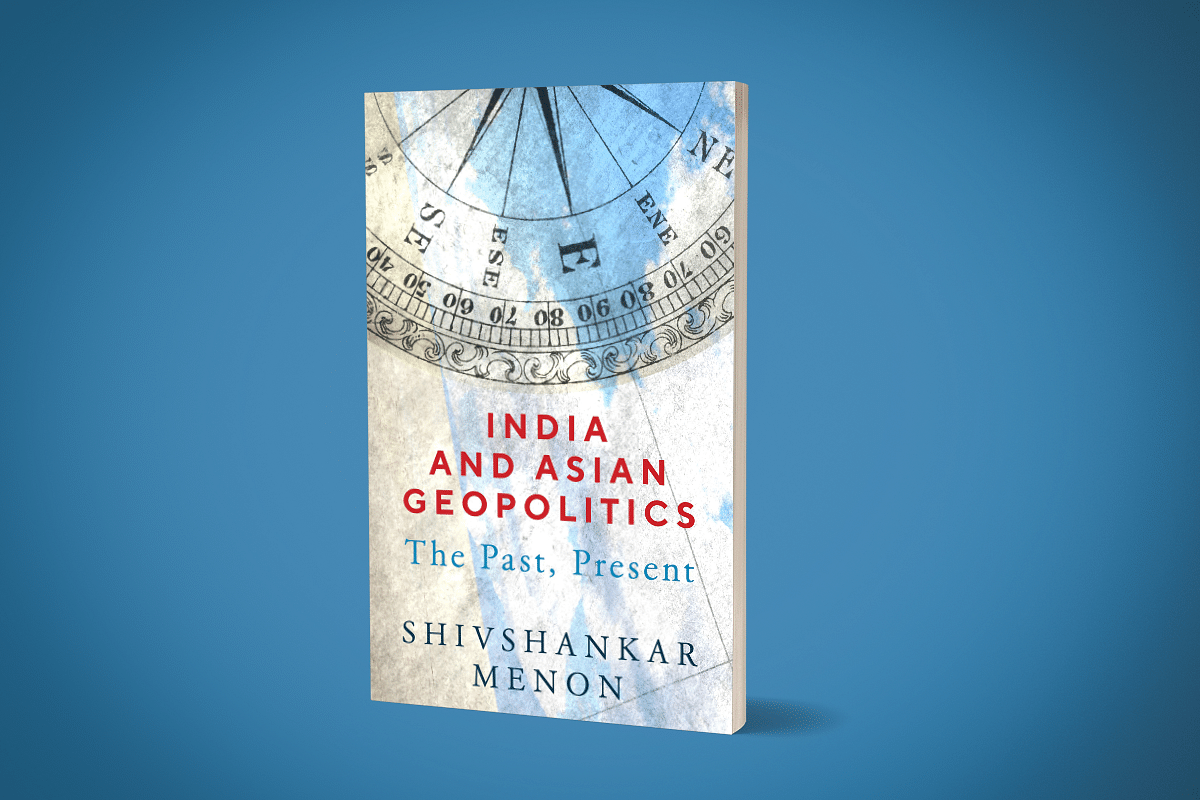 Cover of the book ‘India and Asian Geopolitics: The Past, Present’

As they say, experience is the teacher of all things. The book that comes from a former Foreign Secretary and National Security Advisor can never be ignored. India and Asian Geopolitics: The Past, Present by Shivshankar Menon provides a snapshot of India’s foreign policy in the wider collage of Asian geopolitics.

The book is organised into two parts — “The Past” and “The Present”. The first part contains a description of post-independence India’s interaction with international developments in Asia. The second part analyses the emerging regional environment across themes such as globalisation, the rise of China and India’s interests across different sub-regions of Asia. It, then, contemplates a new order followed by a roadmap for India to navigate in an uncertain Asia.

The author argues that India does best when it is most connected to the outside world. He believes that engagement with Asia is imperative for India’s rise in the international order. India’s geography, as a meeting point of west, north, southeast, and maritime Asia, has been a “compelling factor” in dictating its international relations. He writes, “Throughout history, India has been most successful and prosperous when it was most connected to the rest of the world”.

Secondly, Indian foreign policy has facilitated economic growth, modernity, and prosperity for the masses. The author sees the Nehruvian foreign policy of the 1950s as an attempt to carve an “area of peace” in Asia to extract concessions from both superpower blocs.

In the 1960s, India looked inwards and prioritised domestic compulsions. In the 1970s and 1980s, it assertively shaped subcontinental geopolitics by intervening in neighbouring countries' affairs. India, then, became a party to the Asian growth story after globalisation since the 1990s. Across its post-independence history, India has tried to shape the Asian order to create a secure environment that aids its domestic transformation.

The latter half of the book offers perspectives on the changing geopolitical order in Asia. Menon is counterintuitive in critiquing the notion of “strategic stability” in Asia. He argues that strategic stability is not a “realistic goal” because it cannot accommodate rising powers. Rising powers are not status quoist as they seek opportunities in international order disruptions. They harbour ambitions of becoming great powers.

Menon concludes by suggesting a blueprint for India to approach the emerging Asian geopolitical order. Owing to what he calls a “unique strategic mindset”, India should use multipolar systems to achieve its national interests. On the US-China rivalry, he recommends India to “actively engage with both China and the United States, not choose sides, and have better relations with each than they have with each other”.

Although both China and India fancy a new order, the power asymmetry compels India to engage and cooperate with China at some stage. For India, the biggest challenge lies in managing the rise of China; it needs “more than a reactive strategy”.

This book attempts to pull India’s strategic discourse back to Asia. The author brings an Asia-centric view of Indian foreign policy, especially when a strategic convergence with the West overshadows its potential for engagement in Asia.

It is hard to disagree with Menon for pointing out the lack of economic dimension in Indian foreign policy. India is the only major economy that is not under a regional economic arrangement. The growth rate has plummeted since 2016, even before the global economy succumbed to the pandemic.

However, the foundational tenet of the book, i.e., Indian foreign policy as a tool for “transforming India into a prosperous, strong and modern country”, fades as the book progresses. What begins as a well-reasoned liberal economic critique of current Indian foreign policy is reduced to a clash of ideas on India’s image in the international community.

According to Menon, India has recently been focusing on the optics of being seen as a great power. He writes that pre-2014, India had “a vision of both its place in the world and of the order it preferred”. Gradually, it is getting replaced by a “battle of civilizations” mistaken for statecraft. With due acknowledgment of the ideological preferences, both lines of thought risk India maintaining a mirage of influence at the cost of developing comprehensive national power.

Thus, his recommendations focus more on ‘being seen as a liberal state’ in an ideational sense over the material. Theoretically, the book promises liberalism, underplays realism, and ends up offering constructivism.

Menon’s views on rising powers stand out — “All rising powers in history have chosen to keep their heads down while building their strength, rather than inviting resistance to their rise to great power status by proclaiming their power and its uses.”

This thesis holds, considering the rise of eighteenth-century Britain, nineteenth-century USA, post-war Japan, and post-1980s China. Their foreign policy as rising powers focussed on developing their capabilities. It is only logical for India to imbibe these lessons. It needs to focus on gaining economic and military capabilities rather than attempting to shape the order, even in a liberal direction.

Thus, lies a contradiction in his approach. Even if India approaches the world as a liberal-internationalist, it risks "not keeping the head down" and ‘inviting resistance’ because, today, the systemic forces favour realpolitik and interest-driven behaviour, more so than ever before in the post-Cold War period.

The rise of India will be difficult. For the first time in history, a rising power of such a vast scale lies in the immediate neighbourhood of an aspiring hegemon. India will need to engage China and the wider world ultimately, if not immediately. Immediately, it needs to minimise the power asymmetry with China in the long term.

India may intervene in the emerging Asian order to fulfill its national interests by keeping it "free, open, and inclusive". This intervention should not be based on ideas but realpolitik. For the current establishment, lies a humongous challenge to delivering on its promises. The promise of making India economically attractive for international markets. The promise of indigenising and modernising the military. The promise of realising ‘Atmanirbharta’ in a strategic sense, i.e., upholding strategic autonomy amidst a rising China.

The book is a welcome break from the “Indo-Pacific” dominated foreign policy constructs in recent times and offers good food for thought on Asia. It is already stirring fervent debates on Indian foreign policy and is a worthy read for enthusiasts.

Ambuj Sahu is a Research Associate at the Delhi Policy Group. He tweets @DarthThunderous.
Get Swarajya in your inbox everyday. Subscribe here.
Tags: