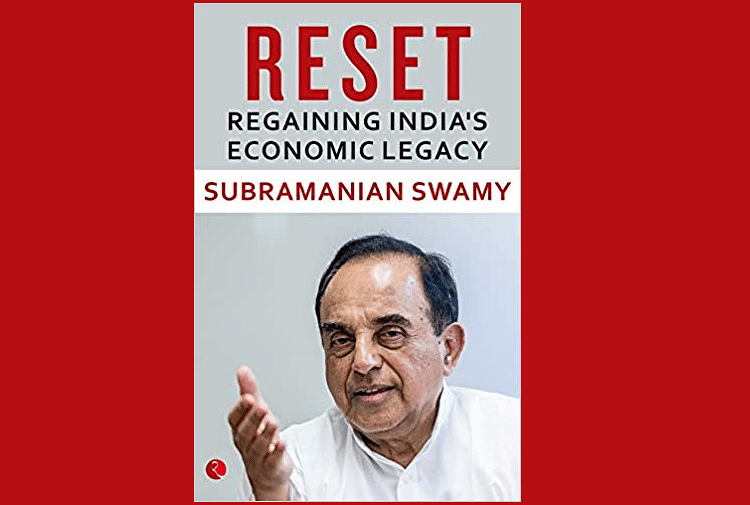 Unlike other downturns driven by global upheavals, high oil prices, bad weather, inflation or currency volatility, Dr Subramanian Swamy says, in his latest book, that for the first time since liberalisation, India is witnessing a slowdown driven by a steep decline in private consumption.

The decline in gross domestic product (GDP) growth since 2015 has been largely driven by a fall in household savings that morph into investments through financial institutions.

The situation is further complicated by a collapse in the shadow banking sector and a widening spate of corporate bankruptcies.

The hard task of balancing what is socially just in the long term with what is economically necessary in the short term. requires governance to blend the sanctity of righteousness with the pragmatism of the marketplace.

It calls for leadership with the sagacity to recognise nuance — because what appears noble may not always be right for a given situation.

Dr Swamy made a simple observation recently on government priorities. Corporate tax cuts that align rates closer to global norms may support the supply side, but the current problems are on the demand side and that is what needs urgent focus.

While every crisis has a solution, Dr Swamy says in his familiarly blunt manner, that the captain of the ship must know in which direction to look at.

He concludes with an abstract cure: “Search for incentives to cajole the stakeholders in the economy to get enthusiastic about economic activity and be incentivized for it.”

Dr Swamy identifies the three components that must drive GDP growth in India as capital deployment, employment and technological improvements through innovation.

A telling observation in this context is that while credit demand by the micro, small and medium enterprises (MSME) sector is close to $390 billion, the supply is currently at $139 billion.

The MSME sector breeds homegrown technological capabilities and underlies the employment and development landscape of our nation.

Instead of recognising their value and unlocking their potential, they retain a peripheral presence in a nation enamoured by the changing complexion of billionaire tables.

Our large markets may be a draw for the much-needed but capricious global capital, yet it is the homegrown firms they spawn that converge our national and economic interests.

To harness them we need to do what every developed nation has done — forge an indigenous iteration of capitalism that suits us. The degree of difference between an Amazon and the East India Company is in the extent of their monopolies that bring out the worst in corporations.

We were laggards in the Industrial Revolution due to colonial rule. If we miss the opportunity to be leaders of the knowledge and information revolution, we will have only ourselves to blame.

There are a few ideas briefly touched upon in the book. The abolition of personal income tax is one of them. It is the middle-income group and particularly the salaried class that gets disproportionately squeezed by personal income taxes.

The elite find multiple loopholes to minimise it, the rich farmer does not even have to do that much. The intent of this proposal is to lift savings and enhance their flow into investment.

That it would spur consumption is a given. How we can make it fiscally viable is a separate question.

In addition to this, Dr Swamy also proposes moving back to a fixed exchange rate of Rs 50 per dollar, abolishing participatory notes and printing rupee notes to fully finance basic infrastructure.

While I am not qualified to venture an opinion on these proposals, it is relevant to note that a part of China’s globalisation strategy involved a fixed exchange rate, devalued though to support exports.

This has gradually migrated to being a managed one as their foreign exchange reserves acquired greater heft.

The comparisons with China are a recurring theme throughout the book, given the coincident advent of industrialisation in both countries and their similarity in scale, which define them as natural competitors in the global economy.

In the autumn of 1969, as IITians were migrating in droves to the United States of America (USA), Dr Swamy returned from a faculty position at Harvard to teach economics at IIT Delhi.

As a precocious 30-year-old, he questioned the conventional wisdom in vogue in India that socialist planning was a superior route to the competitive market economy. His paper titled, Swadeshi Plan on this subject was presented on the floor of the Lok Sabha.

It was ridiculed by Indira Gandhi who dubbed him as both “dangerous” and a “Santa Claus”.

To go against the grain of popular belief requires clarity and courage — because in a world of uncertain ideas, deep rooted confusions and vested interests — it invites censure and isolation.

Dr Swamy’s professorship was abruptly terminated. It triggered his evolution into a nucleus of revolt against the systemic weaknesses and ideological platitudes that plague our nation.

Five decades later, amidst a record drop in auto sales that signal a deep-rooted slowdown in the overall economy, the title of his book Reset: Regaining India’s Economic Legacy struck me as unusually optimistic.

As Dr Swamy himself said, managing the economy is not a prescriptive process. The economy is a system in a state of dynamic equilibrium — complicated by the contradictions in human behaviour that elude the consistency sought by theories.

What this book does is provide the context that has brought us to where we are, through the history of our economic evolution over the last 150 years. It talks of the key challenges that have remained unaddressed and a broad framework for corrective action.

In the appendix, Dr Swamy shares a vision for the future that moves beyond the isolating materialist confines of capitalism towards a system of integral humanism propagated by Deendayal Upadhyaya.

Integral humanism, as propagated by Deendayal Upadhyaya, elevates humans beyond the straitjacket of hypnotised consumers and recognises and accommodates their cultural and spiritual dimensions.

Despite being peppered with a series of tabulated data to support his arguments, the book is not a complex scholarly treatise but an accessible primer on some fundamental issues that influence the macroeconomic scene.

It provides a perspective on the historical exploitation, political gridlocks and ideological missteps that have restrained the Indian economy from reaching its full potential.

It places the challenges in a structural context that reveals the logic in how resolutions must be prioritised. The stewardship of a nation’s economy is shown as the dynamic search for a consensus between conflicting drivers.

A dance between the light touch of incentives and restraints, which catalyse society and contain its excesses.

This book reminds us that economies are built by a collective culture that leverages strengths and mitigates weaknesses. The first step therefore is to recognise what they are.

This is what consistently informs the broad vision and detailed proposals outlined in the book.

Dr Swamy combines an understanding of the delicate equilibrium that influence macroeconomics and the limitations of human social behaviour.

One without the other leads to academically astute ideas that remain on paper or a paralysing sense of cynicism towards human civilisation’s capacity for self-destruction.

But when integrated, they equip ideological convictions to navigate the multiple constraints of the real world.

That Narendra Modi’s India has not been able to leverage Dr Swamy’s domain expertise and political wisdom will in time be seen as an example of the unfortunate omissions that shape history.