Lessons From IIC 2015: Defining And Nurturing An Independent Indic Ecosystem 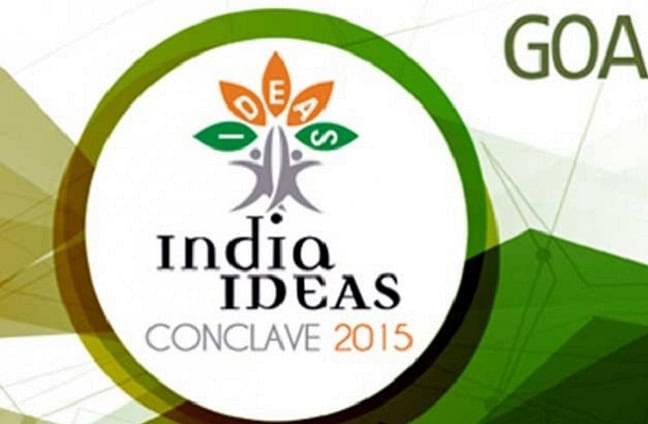 The second India Ideas Conclave was held last week in Goa across three days from November 15 to November 17. It was organised by the India Foundation. The aim of the conclave was to bring like-minded individuals in one place to nurture the development of an independent Indic intellectual ecosystem.

And yet precious little has been done to shatter these stereotypes despite the Indian Right not lacking in talent which was evident from the brilliant minds that had congregated in Goa between November 15th and 17th for the second edition of the India Ideas Conclave.

Clearly, the primary goal is to create an independent, vibrant, diverse, vocal and sustainable Indic ecosystem to effectively counter the Left. Therefore, the first lesson is that conclaves, conferences and seminars have their uses because they serve to showcase talent and enhance visibility, but they cannot be and are not the end in themselves.

An independent ecosystem is imperative so that voices that constitute the ecosystem do not become or end up being seen as mouthpieces for the dispensation. After all, the sole purpose of the ecosystem’s existence is not to defend the dispensation and certainly not at the cost of integrity thereby imperiling the larger cause.

Therefore, caution must be observed in accepting dispensational support because there’s no such thing as a free lunch in the world of politics and cynical though it may sound, idealism or belief in ideology seldom play a role in any dispensation’s decision to support the ecosystem. Consequently, the second lesson is to remain as independent as possible, and to accept support from the political dispensation if and only if there are no strings, visible or invisible, attached.

Although in principle one agrees with the distinction between the Cultural and the Economic Right, it would be unfair and perhaps even patronizing to take the view that the Cultural Right is the Economic Right’s responsibility. That apart, it would help to remind ourselves once in a while that the battle for India’s identity is essentially cultural.

In fact, it could be plausibly argued that economic populism in India is quite often, if not always, the consequence of cultural and historic distortions since populist economic policies thrive on exploiting the schismatic history between groups. Importantly, cultural issues are not limited to ban on cow slaughter and not everyone in the Cultural Right is opposed to consumption of beef.

Therefore, the third lesson is to reject a reductionist and patronizing approach to the Cultural Right since it is equally insulting to the intelligence of the Economic Right which knows better. Having said that, it becomes important to understand the independent anatomies of these two groups. Based on the deliberations held at the Conclave, a broad consensus appears to have emerged on certain de minimis defining traits of the Cultural and Economic Right.

The Cultural Right appears to be characterized by a belief in civilizational continuity of over 5000 years, the consequent geopolitical identification of Bharat with the Indian subcontinent and the conviction that the vast reservoir of Indic thought and jurisprudence which have been inherited need to be preserved and applied. The breadth of these defining traits of the Cultural Right has enough room to accommodate diverse and divergent schools of thought, lest it is accused of monolithism.

The Economic Right, on the other hand, appears to be defined by a belief in a limited State and consequently respect for civil liberties, Rule of law, property rights, entrepreneurship, market-based solutions and equality of opportunity as opposed to equality of outcome.

The traits identified above are not exhaustive nor are they cast in stone. Nevertheless, they provide a good starting point to develop and flesh out the contours of the Cultural and the Economic Right in greater detail. That being said, in the process of etching clearer contours, balance must be struck between scholarship and indulging in esotericism.

Therefore, the fourth lesson is that while anti-intellectualism needs to be combated and weeded out, self-indulgent abstraction too must be avoided because ideas with social and political ramifications must lend themselves to lucid communication.

Finally, the fifth and the most important lesson that must be drawn is that while skepticism is desirable for that would be consistent with the Indic tradition of inquiry, there can be no room for pessimism. It is undeniable that the Left has entrenched itself thanks to the support it has received from the executive for over 60 years, and therefore is a formidable adversary whose will and reach must not be underestimated.

But it is equally undeniable that the current generation of the Indian Right is much better off compared to its predecessors who, apart from being heavily outnumbered and outgunned, did not have the tools of mass outreach available to us today such as the social media and other user-driven internet-based platforms. Critically the world over, the hypocrisy and the Janusian nature of the Left are being exposed like never before.

Even the Indian Left is acutely aware that its days of absolute hegemony in the intellectual space are over, which explains its desperate attempts to remain relevant at all costs. Therefore, the Indian Right must remain optimistic because there is no other option, and must channel all its energies in investing in depth and rigour.