Economic Survey: Indian Companies Are Trapped In A Chakravyuha 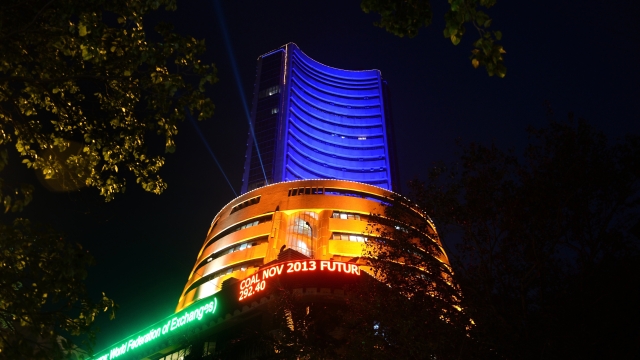 In the second chapter of the Economic Survey of 2015-2016, Subramanian makes a very interesting point:

The Chakravyuha legend from the Mahabharata describes the ability to enter but not exit, with seriously adverse consequences. It is a metaphor for the workings of the Indian economy in the 21st century.

What he means here is that Indian companies continue to operate, irrespective of the fact whether they make money or not. In a free market as firms innovate and grow, they end up pushing out other firms which shut down. But that doesn’t seem to be happening in India.

As the Survey points out: “In principle, productive and innovative firms should expand and grow, forcing out the unproductive ones. So surviving firms should be much larger than new ones…In the US the average 40-year old plant is 8 times larger (in terms of employment) than a new one. Established Mexican firms are twice as large as new firms. But in 2010 India the average 40-year-old plant was only 1.5 times larger than a new one.”

In fact, the situation has deteriorated since the late 1990s. In 1998-99, the ratio of the average 40-year-old plant in comparison to the new ones was 2.5. What this tells us is that “there are not enough big firms and too many firms that are unable to grow, the latter suggesting that there are problems of exit.”

What this basically means is that firms which should be shutdown are not shutting down due to various reasons. Hence, there is an exit problem. A situation that is best expressed by the Hotel California song, sung by The Eagles: “You can check out any time you like, but you can never leave.” As the Survey points out: “India unlike many countries seems to have a disproportionately large share of inefficient firms with very low productivity and with little exit.”

Over and above this there are power distribution companies owned by various state governments with accumulated losses of Rs 2.3 lakh crore. Also, there is the problem of public sector banks, which have seen a fresh infusion of capital of Rs 1.02 lakh crore between 2009-2010 and the first half of this financial year.

What this tells us is that many firms which should have been shut down long back are still in operation. In case of public sector enterprises, it is because of the government continuing to bail out these firms. As the Survey points out: “Exit is impeded often through government support of incumbent, mostly inefficient, firms. This support—in the form of explicit subsidies (for example. bailouts) or implicit ones (tariffs, loans from state banks)—represents a cost to the economy.”

If the government borrows more, it means there is less for the private sector to borrow, and in the process it has to pay a higher rate of interest than it typically would in case of lower borrowing by the government. This essentially leads to “greater interest costs and reduced private sector investment activity”.

Also, in a capital scare country like India, misallocation of capital to keep loss making companies running, is not quite the best thing to do.

But rather ironically the government continues to run loss making public sector enterprises. It continues to own telephone companies, an airline, hotels, a company which makes scooters and a company which used to make bicycles. It also owns a major stake in the country’s biggest cigarette company. How bizarre can it really get?

This also goes totally against the idea of minimum government and maximum governance that Narendra Modi had put forward in the run up to the Lok Sabha elections in 2014, but has since abandoned. One of the main reasons the government has held back in shutting down these companies is that it doesn’t want a run-in with the trade unions, which can get nasty.

Nevertheless, as the Survey points out: “In many cases where public sector firms need to be privatized, the problems of exit arise because of opposition from existing managers or employees’ interests. But in some instances, such action can be converted into opportunities. For example, resources earned from privatization could be earmarked for employee compensation and retraining.”

Also, many public sector enterprises have a large amount of land which can be monetized. This money can go into the government kitty and be used for the development of physical infrastructure. It can also be used to offer the employees an attractive compensation, so that they don’t come in the way of the government shutting down the firms.

As the Economic Survey points out: “Most public sector firms occupy relatively large tracts of land in desirable locations. Parts of this land can be converted into land banks and made into vehicles for promoting the ‘Make in India’ and Smart City campaigns. If the land is in dense urban areas, it could be used to develop eco-systems to nurture start-ups and if located in smaller towns and cities, it could be used to develop sites for industrial clusters.”

This suggestion makes a lot of sense. I hope Narendra Modi has found time to at least read this part of the Economic Survey.