Enough With E-commerce! Incentivise Start-ups To Solve India's Other Problems 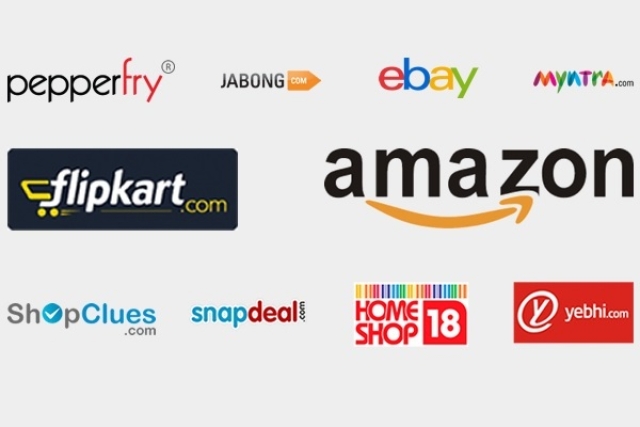 Regulatory hassles and lack of incentives to innovate on major themes involving government are killing the start-up scene.

Recently, Zipgo, an app-based shuttle service that operates in Bangalore, made an impassioned plea to its users to save it from shutting down. Zipgo had been operating outside the purview of regulation, more specifically, Section 2(7) of the Motor Vehicles Act that deals with the Contract Carriage Permits. Since Zipgo doesn’t pick and drop people unless they’ve booked a ride and thus getting into a contract with Zipgo, it claims that the vehicles on its platform comply with all the regulations and laws.

But, the RTO (Road Transport Office) feels differently. In the words of Karnataka’s Commissioner for Transport & Road Safety, Dr. Ramegowda, “They are operating illegally. They have to obtain a permit, a stage carriage permit, but they won’t get it here because it’s the same area as the BMTC. Because of this they can’t operate.”

One might remember, a few years back, Uber, the app-based cab service was in the red with the Delhi government following the rape of one of the passengers. Since then, Uber and similar services have increased safety measures, including mandatory police verification of the drivers and also tech-based upgrades such as emergency alerts and route-sharing options. But, with tech-based disruptions, particularly those characterised identified with ‘Sharing Economy’ – peer-to-peer sharing of access to goods and services through platforms, gaining prominence, there is bound to be further complications.

While it is a challenge for regulators, globally, to keep pace of developments, it’s further exacerbated in India – with its poor infrastructure and history of a controlled economy and license raj.

Regulation in India is perceived to be a gatekeeper and not as an enabler for public good. While quality of service is generally abysmal, even the underlying policy structure is questionable.

Take for example, public transport in a city like Bangalore. The combined daily ridership of the popular Bangalore Metropolitan Transport Corporation buses and Namma Metro is 50,50,000 or ~22% of the population (assuming average of 2 rides per person).

Contrast this with one of the busiest cities in the World, London, where combined daily ridership of the public buses and the London Underground is 95,00,000 or ~45% of the population (assuming average of 2.5 rides per person).

Bangalore will have to increase the number of buses & metro lines *disproportionately* in order to achieve comparable last mile connectivity and efficiency. The BMTC has a fleet of around 6,700 buses and even added 575 Volvos a couple of years back, while there are 2 metro lines that are operational and 2 more planned to completed by 2016. Increasing number of buses will induce an increased stress on infrastructure. Metros, on the other hand, have taken more than twice the required time to complete and have overshot budgets by 60%.

With autos and cabs comprising just around 5% of the total vehicle count in Bangalore, it doesn’t take much to figure that the solution lies in optimising usage of existing vehicles on the road. The likes of Zipgo and Uber do precisely that. One would assume, that this being the case, the government would woo these companies to invest further. But, instead, they have done the opposite, consistent with other instances in similar situations elsewhere.

It is often cited that China used more cement in the last three years than the U.S. used in the entire 20th century – a fact that boggled even the venerable Bill Gates. In other circles, people marvel about the fact that China produced indigenous equivalents of Google (Baidu), Amazon (Alibaba), and WhatsApp (WeChat), with combined market value of a staggering $300 Bn.

And in self-flagellation, that can only be described as typically Indian, we blame our lack of ingenuity and mildly rebuke the fact that we relied on “foreign MNCs” to solve our problems. Well, few people look beyond these nuggets to understand China’s regulatory environment or internet policy which create a veritable monopoly for local companies.

For perspective, Chinese combat troops guard its oil interests in Sudan and other places. Meanwhile in India, we limit our expectations to easing regulations and non-interference by regulators. Consider the fact that six of the eight Indian Unicorns have domiciled themselves outside India – in Singapore or US. And that over 75% of startups raising money chose to domicile outside India, as has been pointed out by senior startup evangelists, Mohandas Pai and Sharad Sharma in a cutting piece, titled The dark secret of India’s startup boom.

Consider also the fact that, only six companies are empanelled with Department of Electronics and Information Technology (DeitY), of which only three are home-grown. Crying shame, when India has one of the highest number of per-capita engineers in the World.

No wonder then that startup-led disruptive innovation, which fundamentally changes an industry, is now restricted to problems of the top 10%, such as doughnut delivery in under 30 minutes.

Large traditional sectors such as Banking, Agriculture or Defence need to be disrupted by the same college kids with hoodies who are right now working overnight to develop the next dating app for pets. Innovation at scale requires not just easing regulations and lowering taxes but, proactive measures. India’s most valuable ecommerce company, Flipkart, affects the lives of around 30 million people directly (registered users), in comparison to 400 million internet users and 1.25 billion Indians. Even www.irctc.co.in (website of Indian Railway Catering and Tourism Corporation) has about 35 million registered users.

Large problems have varied number of dependencies and tend to increase exponentially with time. They also have a direct bearing on the economy and well-being of a nation. It is time the government considers a more effective use of human capital. India has the youngest population in the World, hence, arguably, the most prone to innovate).

Government must abandon its current top-down approach with poorly filtered-down solutions and instead, democratise innovation to a wider base. PM Modi’s clarion call for #StartupIndia and the following announcements should help to serve as a shot in the arm for further proactive regulation.