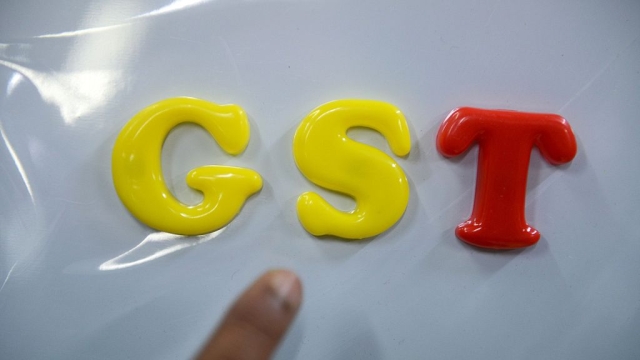 In the rush to get a goods and services tax (GST) regime going, is a sub-optimal regime being foisted on the economy?

The compromise formula arrived at the ninth meeting of the GST Council on Monday may have set the course for GST being implemented from 1 July instead of 1 April, but what is being touted as a breakthrough could bring more problems in its wake.

There had been deadlock over some issues, notably the sharing of administrative control over tax payers between the centre and the state, the administration of the integrated goods and services tax (I-GST), a tax on the inter-state movement of goods, and taxing of economic activities within 12 nautical miles of the coast (the states wanted this power, the centre was reluctant).

Here’s what has been agreed upon. One, states will administer 90 per cent of assessees with turnover below Rs 1.5 crore and the centre will administer the other 10 per cent. Two, assessees with turnover above Rs 1.5 crore will be divided 50:50 between the centre and the states. Three, the centre will collect the I-GST but this will be shared with the states on the basis of an agreed formula. Four, the right to tax coastal economic activities has been given to the states, something the centre was not agreeing to initially.

The splitting of taxpayers between the centre and the state may be good politics, but administering it is going to be a nightmare, especially for businesses. There is as yet no indication how the division is going to be worked out. There are some indications that the 10 per cent of the below Rs 1.5 crore tax payers that the centre is to administer will largely be service providers. There is also no clarity, as of now, how the 50:50 sharing formula will be worked out. Finance Minister Arun Jaitley has assured that care will be taken to see that taxpayers are not audited twice. Initial reaction from the business community, however, is one of apprehension; this, they fear, will only add to uncertainty and confusion.

Through the long-drawn out negotiations around GST, the fact that taxpayers below the Rs 1.5 crore turnover threshold would be administered only by the state was taken as given. That was also the agreement arrived at in September last year in one of the early meetings of the GST Council. At that meeting, it was also decided that taxpayers above the Rs 1.5 crore threshold would be administered by the centre and the states, with a mechanism to be worked out, and all services would be taxed by the centre. This made sense.

Some states, however, later objected to the provision on services and wanted power to tax these. West Bengal was the main objector. How this then got extended to all tax payers under Rs 1.5 crore is not clear.

Even if the centre, while administering tax payers below Rs 1.5 crore turnover, confines itself to service providers, this may not be such a good idea. As R Kavita Rao of the National Institute of Public Finance and Policy has pointed out, for small states, some services may yield large revenues, but these will be small beer for the centre. So the centre may not be very aggressive in tapping these, while the states lose a source of revenue. It is not clear how this problem has been addressed in the current sharing agreement.

The decks have now been cleared for the passage of the remaining GST-related legislation by the centre and the states. But this is not going to be an uncomplicated, simple, GST. It was bad enough that the GST Council signed off on four tax slabs – experts have called it a disaster. If the issue of dual control is also going to be vexed, GST may bring more pain than gain, even in the long term.