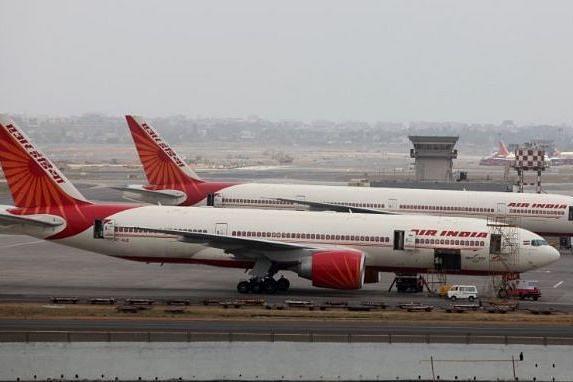 Airlines have been one of the worst impacted sectors during the pandemic. From the beginning of 2020 till date, around 50 airlines have shut shop. Many others have been propped up by government bailouts which aggregate to $173 billion.

Interestingly, India’s airlines which as of March directly employed 74,887 and generated revenues north of $10 billion did not receive any such financial support. Rather what followed was a most unconventional policy approach.

The policy prescription used three levers of capacity, capping and enabling cash conservation. To understand this policy approach, it is important to note that even prior to the pandemic, India’s airline industry was already grappling challenges of excess capacity and quality of cash-flows.

This was reflected in the high occupancy factors north of 85 per cent, pricing levels and last minute discounting. Costs were high and the rupee-dollar equation had an adverse foreign exchange outflow impact each quarter. Add to that, the situation in the banking sector with severely constrained lending.

It also did not help that the Jet Airways shutdown continued to haunt bankers with exposure of Rs 8,500 crore on which they finally accepted waivers in excess of 90 per cent.

Additionally, widespread under-capitalisation, operational losses, a loss-making national carrier and all business models chasing similar demand. As such the industry was not in the best of health. The pandemic laid bare these fault lines.

As contagion spread, on 25 March 2020, the Indian government announced the suspension of domestic flights. International flights had already been suspended two days earlier on 23 March. This was a much needed action to limit the spread of the virus.

During this time, airlines saw their entire fleet grounded and the only flying activity was that related to cargo. The skies remained closed through 25 May after which they were opened in a calibrated manner. And the opening came with caveats: on capacity and capping of fares.

The decision of the Ministry of Civil Aviation to open the domestic sector was announced on 20 May. Airlines would only be allowed to fly 33 per cent of their declared capacity for the season.

Additionally, they would have to adhere to price capping and price floors. The capping was justified as a move to protect the consumers. But effectively it also ensured that stronger airlines did not discount and sell below cost to drive weaker competitors out of the market. Indeed there were airlines that would likely have perished if this price-capping had not been announced.

There was also the issue of the subsidised regional flights (UDAN flights) serving unserved and underserved areas. Because the subsidy came via a levy on flights plying on core routes, with volumes down, the funds were significantly depleted. Thus for the UDAN flights an incremental approach was taken.

Flights where there was no monetary impact via subsidy outflows were automatically approved. As were routes upto 500 kilometres. For longer UDAN flights, flight schedules were curtailed so airlines only flew three flights a week. This helped manage the smaller subsidy outflows while also maintaining some level of connectivity.

On the international front, skies continued to be shut. The only flights allowed were those negotiated by governments for repatriating citizens. These were named the Vande Bharat flights. Initially limited to the national carrier — Air India — these were later opened up to private operators.

Concurrently, travel bubble arrangements were negotiated with foreign governments and by November 22 such arrangements had been finalised. While the architecture and mechanics of these arrangements is a topic in itself, what this did was to help generate much-needed cash — both for the national and private airlines. Because these flights operated as charters most were profitable. In an environment where every rupee counted, these may very well have been key to preventing airline failure.

On the cash-flow front, policymakers also faced an interesting dilemma in that when the lockdown started, consumers were denied refunds. This stood squarely in the face of government policy.

Airlines stated that the shutdown of the skies was beyond their control thus instead of refunds the money would be stored in credit shells which could be utilised later.

The amounts were significant and estimated in the range of $10-15 million.

Concurrently, airlines had come to a very rarely seen situation of negative bookings — where the cancellations of tickets were higher than the number of bookings. That is, cash outflows were greater than inflows. If forced to issue refunds, some airlines would not have enough cash to continue operations.

Failure for these was almost certain. The matter finally found its way to the Supreme Court with a public interest litigation and with a judgement on 1 October 2020. The judgement highlighted the fragile position of airlines and concurred with the government stance citing, “strict enforcement of Civil Aviation Requirements at this moment may not yield any meaningful result for any stake holder,” but also directing instances where refunds had to be issued immediately.

As airlines rushed to conserve cash, there was also the issue of mounting bills to suppliers. Already burnt by the recent Jet Airways failure and the previous Kingfisher failure, stakeholders were not willing to risk another lengthy process which involved legal avenues and partial recovery.

As such, the Airports Authority of India, oil companies and other suppliers issued warning letters to airlines threatening to invoke bank guarantees.

Some airlines were put on cash-and-carry. Where government or quasi government entities were involved these decisions were reversed with assurances, but private operators — most notably private airport operators — were not as accommodating and in that sense the government and by extension the taxpayers assumed most of the risk.

They hoped a bailout would be forthcoming and perhaps would include a waiver of these charges.

The Curious Case For A Bailout

Post the shutdown of the skies, airlines hoped for a bailout similar to what was done in other countries.

Most important were items that would impact their cash-balances which were alarmingly low due to weak balance sheets and the failure to save for a rainy day.

Some airlines were down to one day’s cash worth of operations. Cash infusions and soft loans were sought. And folks kept hoping that something would be announced.

There was indeed an announcement by the Finance Minister which pertained to aviation but it was not quite what was expected. In that, the announcement included three items that addressed structural needs but did not have any immediate impact.

These items were: flexible use of airspace, taxation on MROs (previously announced) and privatisation of airports. Airlines were left wanting

On the question of credit support and cash infusions, the Civil Aviation Minister indicated that it’s the promoters and not the government that should be bailing out airlines. On many counts this could not be contested as most airlines had been managed with a focus on profit and loss statements as opposed to the balance sheet.

This was based on the argument: we are in the growth phase. And indeed growth is a wonderful thing. Growth silences even the fiercest critics and with perpetual growth forecasts several items can always be deferred to the future. Yet, perpetual growth can never be a reality.

What was overlooked was that for sustainable success, airlines not only have to position themselves for success but to also ensure to never run out of cash. Carrying excess cash is an item that has to be planned for — by way of access to credit facilities, by way of strong balance sheets and by way of continuously evaluating the margins. And because there is no regulatory framework or mechanism in India where this is monitored, this is left to promoters of respective airlines.

Once the skies opened, traffic levels were at an all-time low. Gradually more passengers took to the skies. From 19 lakh passengers in June, the number doubled by September and then again rose by 1.6 times by November. But compared to previous years these were down by half. Yields held due to the price floors although occupancy factors ranging from 55 per cent to 68 per cent were of concern.

Post the opening of the skies, the air-traffic was partly driven by reduced capacity on the rail network and partly driven by unique characteristics like labour flows. Indeed some employers saw themselves booking tickets for fruit harvests, others because trained labour was not to be found to restart factories and others because they now wanted employees to stay on-site and not risk total shutdowns.

Initially, there were route imbalances which meant that flights going in one direction were completely full while the return segments had a handful of passengers.

This gradually smoothed out, and concurrently capacity constraints were relaxed with airlines being allowed to fly 45 per cent of capacity by end of June; then upto 60 per cent in the beginning of September 2020; and then revised to 80 per cent in December.

International skies remained shut but the charters and repatriation flights continued to bring in significant revenue. Cargo revenue was also extremely cash accretive with cargo demand at an all-time high — driven by a supply demand imbalance.

Fast forward to today and traffic levels while extremely low are indeed rising. Over time these will reach pre-Covid levels although the jury is out on what that timeline is. The national carrier has finally received some expressions of interest and the five other airlines are also operating as going concerns. Jet Airways which spent most of the lockdown in the National Companies Law Tribunal also has a buyer who will attempt to resurrect it. Overall the airline sector is ambling along.

As far as the lockdown is concerned, in preventing airline failure, policy makers took a most unconventional approach. To that extent it seems to have worked. But on other fronts, the sector continues to have the distortions that it had prior to the pandemic. At some point the market will take its natural course — a course which by its very nature will involve some airline failures.