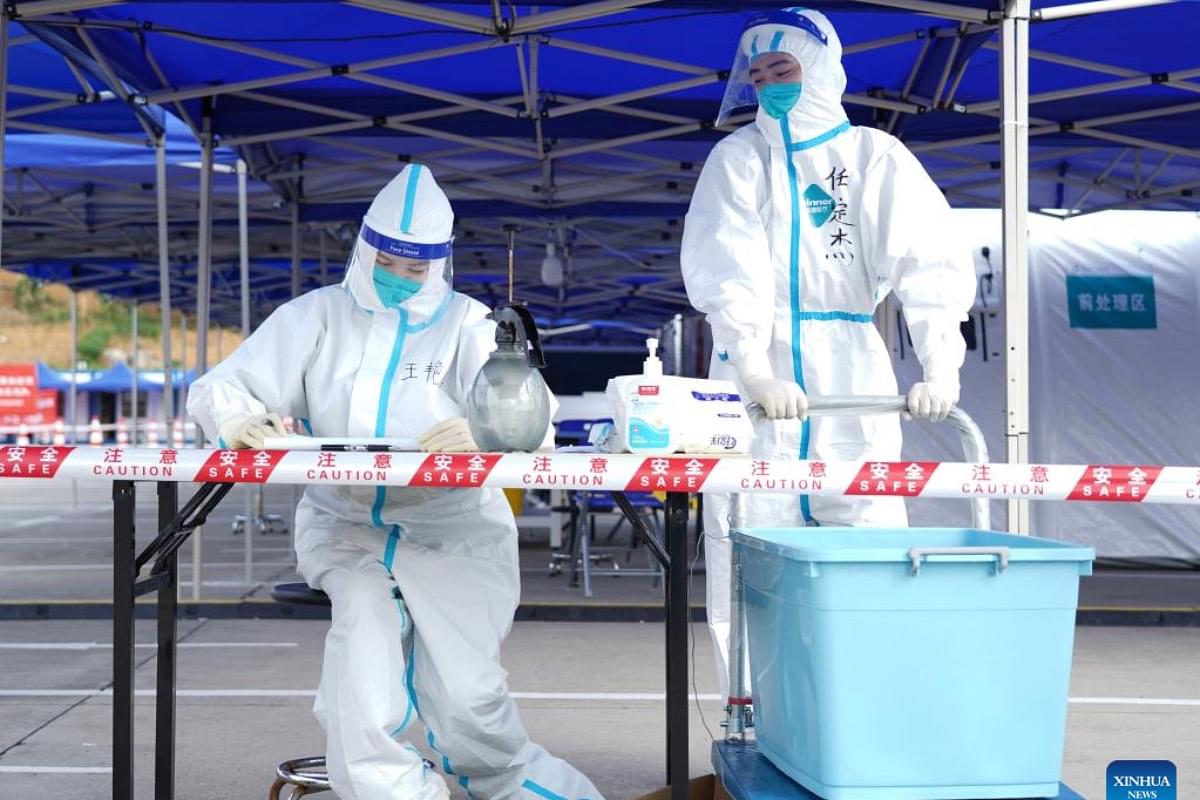 China has currently placed over 20 per cent of its population under some form of Coronavirus-related restrictions as the Communist Party ruled country continues with its stringent 'Zero-Covid' policy despite the economic cost, reports Nikkei Asia.

As many as 49 cities in China, covering 291.7 million people, have either been placed under lockdowns or other movement restrictions as of 6 September.

The residents of a major downtown business district in China's northeastern city of Dalian have been ordered by the authorities to stay at home.

Chengdu, the capital city of Southeast China's Sichuan province, had imposed a lockdown on its entire population of around 21 million from 1 to 4 September.

But some areas in Chengdu still remain under stay-at-home orders as the city is struggling to tackle the virus.

Meanwhile, the port hub of Tianjin near Beijing is under partial lockdown and has conducted many rounds of PCR testing for all of its 13.7 million residents since late August.

Some areas of the Tibet Autonomous Region including the capital Lhasa have also witnessed lockdowns due to COVID-19 outbreaks.

It should be noted that China has continued with its 'Zero-Covid' policy despite the fears that it may adversely impact the country's economic growth.

Goldman Sachs in August cut China's 2022 economic growth forecast to 3 per cent from 3.3 per cent, citing the dual headwinds of the coronavirus and electricity shortages amid this summer's brutal heat wave.