The Outrage Against Uber Is Overblown; If Uber Didn’t Exist, It Would need To Be Invented 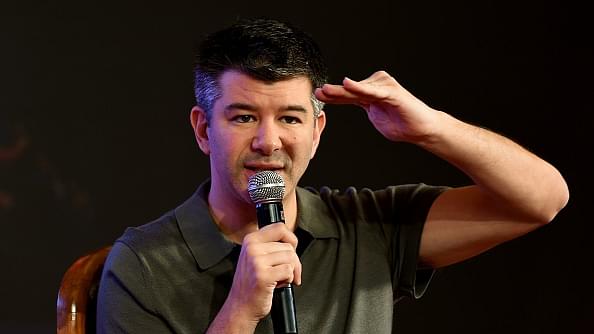 The recent resignation of Travis Kalanick, founder-chief executive officer (CEO) of ride-hailing service Uber, under pressure from investors for repeated transgressions of the law and other kinds of alleged misconduct by the company, has prompted some observers to ask whether Uber can ultimately survive. A Harvard Business Review article by Benjamin Edelman, an associate professor at Harvard Business School, went to the extent of claiming that “Uber can’t be fixed: It’s time for regulators to shut it down.”

Among the issues Uber has been grappling with are charges of sexual harassment brought by some employees, a patent violation lawsuit in self-driving car technology, and a federal investigation into Uber for allegedly developing a software tool to get around law enforcement challenges.

Alleged wrongdoings apart, skittish investors would have been more worried about the company’s secondary market valuations crash from the $68 billion last year to around $ 50 billion now. Valuation guru Aswath Damodaran, a finance professor at New York University’s Stern School of Business, in a blogpost last year, said that Uber’s intrinsic worth could be even lower at just $28 billion, given trends in competition and revenue growth.

What this suggests is that Uber’s investors themselves may take a call on whether it is a double-or-quits situation before the regulators move in. They must decide whether they must pump in more billions of dollars to save Uber, or pull the plug. It hardly needs an Edelman to suggest that regulators must shut it down.

The reasons proffered by Edelman for shutting down Uber are the following:

One, Uber’s innovation, of putting the job of taxi-hailing into an app rather leaving users to use the telephone to call for a radio taxi pick-up was not exactly a big idea even at the time Uber came on the scene. It would have happened anyway, for taxis in 2010 were already using GPS-based navigation, and had made changes to their hardware and software for improved services. Uber’s innovation was not earth-shattering.

Two, the central problem Uber faced was not the personal failings of its CEO or its poor corporate culture. Its “dysfunction… stems from the very nature of the company’s competitive advantage; Uber’s business model is predicated on law-breaking”. Thus, making changes at the top is not going to improve things.

Three, following from the above point, Edelman’s main conclusion is this: “Uber’s biggest advantage over incumbents was in using ordinary vehicles with no special licensing or other formalities. With regular non-commercial cars, Uber and its drivers avoided commercial insurance, commercial registration, commercial plates, special driver’s licences, background checks, rigorous commercial vehicle inspections, and countless other expenses. With these savings, Uber seized a huge cost advantage over taxis and traditional car services. Uber’s lower costs brought lower prices to consumers, with resulting popularity and growth. But this use of non-commercial cars was unlawful from the start. In most jurisdictions, longstanding rules required all the protections described above, and no exception allowed what Uber envisioned.”

To repeat: Edelman says Uber’s business model was about law-breaking.

This may be true, and regulators everywhere have been troubled by Uber’s ability to elude the law by claiming it was a mere service provider to those running the taxis, and not the taxi-services company itself. In India, Uber and Ola have faced similar criticisms from regulators, and regulations have now been imposed on ride-hailing services almost on a par with those governing radio or other call-taxi services.

However, the problem with Edelman’s logic is this: Uber (and this applies to competitors like Lyft in the US or Ola in India) is not about seeking a competitive edge, legally or illegally, against other kinds of taxi services. It competes with the idea of private car ownership. Uber is about challenging the very idea that you need to own a car or hire a chauffeur to get you transport whenever you want it, from wherever you want it.

This means even if Uber is shut down, you will need to invent a new Uber, albeit one that follows the laws, abides by fair regulation, and goes about its business sensibly.

While private car ownership will never go out of fashion, in congestion- and pollution-prone urban areas of the world, there are simply too many cars chasing too little road space. Private cars are simply too uneconomic to run for most people – but they don’t know it.

People tend to associate car costs largely with running costs (fuel, repair and maintenance), but the real cost of owning a car includes its annual depreciation, the monthly interest costs on EMIs, the various annual and monthly charges paid for insurance, road usage, tolls, parking, and the chauffeur, if used.

In fact, the ideal business model is exactly what Uber has been doing – though illegally. It should be about using the existing idle car population to move other people around for a lower price than what a regular taxi would cost. The reason is simple: if I rent out my car and driver to run commercially when I am not using it, it both reduces my cost of hiring a driver, and improves my driver’s income, even as he gets a share from Uber and Ola. The higher cost of wear and tear is taken care of by the additional lease income I generate from letting my car to be used thus.

Uber does not have to be shut down. It needs to be made more compliant, and it is the laws that need tweaking to make private ride sharing the norm and the roads less congested.

The idea of Uber is about making a public service out of an underused privately-owned vehicle.