Why India’s Millionaires Are Seceding: Both Pull And Push Effects Are At Work 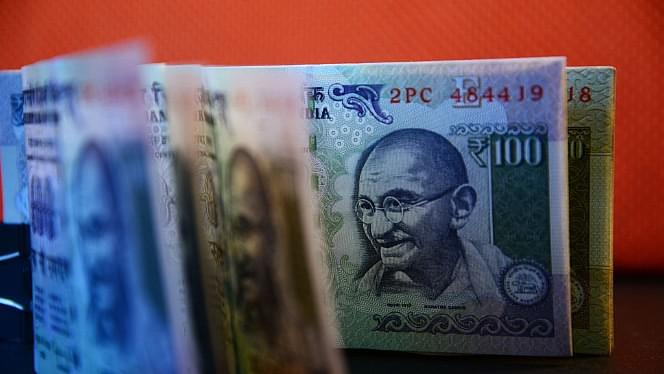 Recently, Ruchir Sharma, head of Morgan Stanley Emerging Markets, gave us a stunning figure – some 23,000 millionaires have left India since 2014, the year Narendra Modi came to power. Some 7,000 of these millionaires emigrated in 2017 alone. This means some 2.1 per cent of India’s rich left the country for greener pastures, far higher than France’s 1.3 per cent and China’s 1.1 per cent.

Why are the rich seceding from India? While high-profile absconders like Vijay Mallya, Lalit Modi, Nirav Modi, and Mehul Choksi have flown the coop to evade prosecution for crimes ranging from fraud to loan defaults, in the case of the smaller millionaires, a whole range of causes may be responsible. These involve both the push and pull effects – the push effect of a bad living environment in India, and the pull of countries that invite millionaires to invest there.

Sharma is quoted by the Economic Times as saying that some of these departures may be desirable, since they may merely be bad millionaires driven out by the anti-corruption drive under Modi, but some of the exits may be the result of “regulatory overkill”. By that, one presumes, he means that compliance with Indian law, whether on taxation or other areas, is cumbersome.

It is worth analysing the push effect first. The reality is that despite a quarter-century of deregulation, India has not done enough to make ease of doing business or ease of living a reality. There have been incremental improvements, but nothing truly breakthrough.

The vast majority – from the poor to the middle classes – has no option but to put up with corruption and harassment in every aspect of their lives, from obtaining water to power connections to birth certificates, driving licences, or municipal permissions. The middle classes may escape some of these hassles by paying affordable bribes, but the poor have to like it or lump it. The upper-middle classes can probably cocoon themselves behind gated community walls, but once they are out of the gates, they are in the same boat.

For the poor, emigration for work often means harassment and exploitation in the Gulf, and sometimes even death, as the 39 Indians killed by Islamic State in Mosul found out to their cost. The middle classes fare better, especially the professional classes who train in the Indian Institutes of Technology (IITs) at a low cost and then emigrate, their future spouses following them after a time gap.

But livelihoods in first-world environments are open to only a minuscule percentage of the Indian population.

It is only when you cross a certain threshold of wealth that all options open up. You can aspire for first-world lifestyles and ease of living.

For big business, obviously it is the ease of doing business abroad that may be attractive. The Indian government’s willingness to offer benefits to non-resident Indians (NRIs) means that they can do business here even while staying out of reach of Indian law, if the need arises. Just check with Mallya or the two Modis, L and N.

But the bulk of the 23,000 millionaires that Sharma may be talking about are unlikely to belong to either the professional classes or big business. They would largely be smaller businesspersons, or the individually wealthy, who may have just crossed the dollar millionaire threshold. To be a dollar millionaire, you need to have an Indian net worth of around Rs 6.5 crore – something quite possible to achieve for stock market speculators, or inheritors of wealth, or early birds in the employee stock ownership plan game.

Here it is the pull effect that may be at work as much as the push effect. You can live like a king with a net worth of Rs 6.5 crore in India; but it is obviously something else that takes these threshold millionaires abroad.

Since 2015, there has been an enabling environment in India for the relatively rich to emigrate. The Reserve Bank of India under Raghuram Rajan enhanced annual remittance limits to up to $250,000. This means someone remitting money in March can do so again in April, for a total of $500,000 (i.e., half a million United States dollars) in a matter of days.

On the other hand, many countries – from the US to tiny Mauritius – allow Indians (and other nationalities) to become permanent residents if they invest that kind of money.

In the US, under the EB-5 scheme, non-citizens who are willing to invest $500,000 ($1 million in some areas), or create 10 full-time jobs in America, can obtain permanent visas under the Immigrant Investor Program. This enables them to get a green card, and ultimately, citizenship. While under US President Donald Trump there is a proposal to increase the minimum investment limit to $920,000, this only raises the threshold for entry, which is still under $1 million for some states.

A $500,000 investment can also get you a permanent residency permit in Mauritius.

Speaking in February, Modi said the government was committed to both ease of doing business and ease of living, but the ease of living he was referring to was about giving the poor liquefied petroleum gas (LPG) connections under the Ujjwala scheme, the direct benefit transfer scheme for subsidies, and others.

While these do matter to the poor, for the millionaires, India is simply not up to scratch when it comes to the basics: power, water, traffic, permits. This could be the major factor pushing rich Indians to flee when they can afford to.

As for business, while big investors can use all kinds of liaison people to get things done, smaller businesses are tormented by the bureaucracy, unable to get by without paying bribes.

We simply must reform faster and get the corrupt bureaucracy off the backs of both our businesspersons and our citizens. We need to get our millionaires back, and not just as occasional tourists.