Bureaucracy: Don't Object Or You Will Be Arrested! 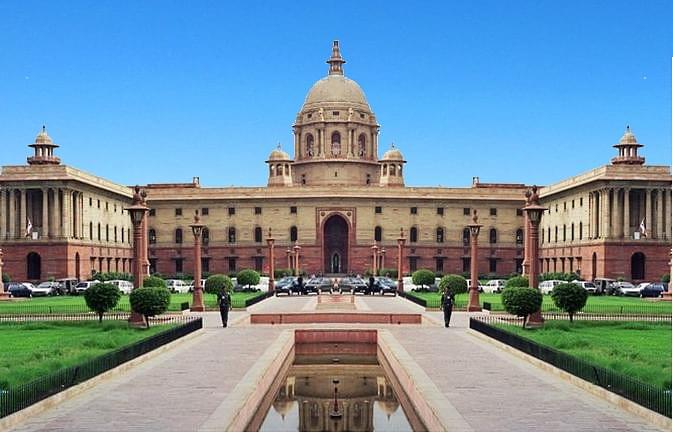 The writer was taken to police custody when he complained about someone in a queue for getting an Air India ticket jostled his way ahead. That was 30 years ago. The severity of the injustice might have reduced over the years, but policing remains as awful.

One theory doing the rounds since Independence is that somehow all Indians were now equal citizens, and that freedom had been achieved as a great gift. Democracy was an afterthought. Nowhere does this reflect better in Delhi, the capital of India — and, therefore, the city from all great thoughts and policies flow — than the inscription over the arched entrances to North Block, Rashtrapati Bhavan, the building that houses, amongst other offices, the Ministries of Finance and Home Affairs.

The said inscription reads, “Liberty will not descend to a people. A people must raise themselves to liberty. It is a blessing that must be earned before it can be enjoyed.” Caleb Colton said this, apparently. He also said, “Imitation is the best form of flattery.” Every which way, the fact that this inscription, up since well before 1947, is still standing, says a lot about those who pass below it every day and the rest of us citizens.

Within the letter of the law in India, then, are we truly enjoying the fruits of liberty? Let me put it this way. If we are comparing ourselves with non-democracies, then certainly we are way ahead. But if we compare ourselves with democracies, liberty to equal access of the justice delivery system, as we know it in India, is certainly closer to what is provided to slaves in occupied countries by powers concerned more with ruling than for governing.

So has there been no improvement over the last few decades? Yes, there has, but in strange ways. One example is the way airline tickets are now sold in India.

About 30 years ago, this would have been the mid or late 1980s or so, I was at the Air India office off Parliament Street in the fancy looking tall building between Parliament Street and Janpath — by themselves both symbols of the great democracy that India should have been by then. Awaiting my turn to buy my airline ticket on the cheaper domestic sector of the international Air India flights on the Delhi-Bombay route, I had just about reached the counter when somebody known to the counter clerk muscled his way past me and, without as much as a bye-your-leave, sat down and started negotiating the purchase of a ticket for what appeared to be his senior’s offspring.

Not exactly yet in tune in India to such episodes, I had just returned from abroad a few years ago to resume working in India, I objected. Fairly aloud but, mind you, only verbally. And I addressed only the Air India counter staff, not the other person breaking the queue in front of me.

That was enough, it seems, for both. Within minutes I was being hauled off to the nearby, equally well-named Parliament Street Police Station, for preventing a public servant from doing his duty, and many more similar charges. On the way I was roundly abused, pushed around and, on reaching the police station, told that I would be spending a few nights in police custody till judicial bail could be organised. Towards the joys that awaited me there, I was also told by the Air India staff, who had now gathered in numbers previously unknown — given the number of counters not being manned — about the joys that awaited me and shown the pointed cane which was, apparently, going to be inserted up my virgin rectum, with or without chillies.

The benefit of an education in English or the fact that I used to wear a uniform myself till a few years ago did not seem to impress the fine upholders of the law too much either; they had received a complaint from a government aka public servant, I was told. What saved my goose from being cooked was that, obviously, I was able to pull out of my hip pocket the phone number of a friend who was reasonably well placed in Air India in Delhi, and request somebody to call him up just before I was being sent to the lockup. Remember, this was much before the era of mobile phones, and ‘ordinary citizens’ were not allowed to use government property aka telephones at the police station.

Somehow I was let off — after a flood of apologies from my side and a large series of glares from the Air India counter clerk and ample advice from the now friendly upholders of the law.

The point I am making here, however, is not the episode at the police station. That sort of experience probably continues till today. It is that 30 years ago you could get into trouble with the justice delivery system even if you objected to somebody breaking the line in front of you while trying to buy an airline ticket.

So, do we deserve liberty, is what I think of every time I see an Air India airplane or logo or article or advertisement.