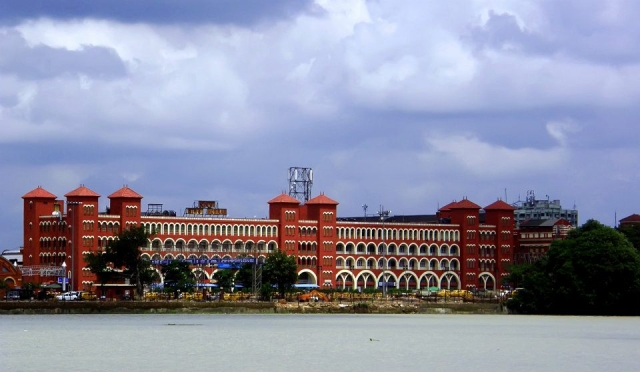 All of us want cleaner stations. The best way to do that is to decentralize and empower the station-master, who currently has little control over the station he is supposed to be in charge of.

The usual caveat applies to this piece too. Which is: I am a Member of a Railway Committee. What I have to say—if it spills over from the factual to my own views—has nothing to do with what the Committee will necessarily recommend.

In my last piece, I talked about T3 or T1 type stations. One criticism (in the comments) was, that’s a huge agenda. Why can’t we do simple things like cleaning up existing stations?

Each piece has a focus and I can’t address everything in a single piece. In this, let me flag some issues with cleaning up stations. To restate what I said earlier, there are 8,495 stations and that’s a heterogeneous bag. For the most part, we have in mind the 75 A1 and the 332 A types.

Whose responsibility is a station? As passengers, most of us are aware of the concept of a station-master. While powers of station-masters do vary across stations, we need to realize that the average station-master has very limited powers. Unfortunately, compared to even the 1950s, there have been two undesirable trends in IR (Indian Railways).

First, there has been excessive centralization. GMs (in charge of zones), DRMs (in charge of divisions) and station-masters no longer possess the powers they did then. A station-master’s powers are limited to commercially running trains and no more. Second, there is the bane of departmentalism and working in silos, also far greater compared to the 1950s.

Within a station, there are tracks, platforms, places where passengers wait, toilets and perhaps even trains that come in. Since each of these is a different contract (in one station, I counted 17 different cleaning contracts), there are negative fallouts.

First, no one seems to be responsible. Second, had one agency been entrusted with the cleaning contract for an entire station, perhaps one might have been able to generate some advertising revenue. Taken piecemeal, it doesn’t work.

This has a bit to do with Pay Commission recommendations, but I don’t want to get into that nitty-gritty. The limited point is that, unlike a station superintendent, a station-master has no control over the person to whom a cleaning contract has been given. If the cleaning hasn’t been done, he/she has no recourse, barring complaining.

Fourth, he/she has no control over when and how the contract is renewed. (Files move back and forth and go further up.) Fifth, if for instance, he/she wants to install a “pay and use” toilet, or use some of the advertising revenue (not even commercial revenue) earned at a station for installing a toilet, he/she has no powers to do so.

Stated simply, no one is in charge of a station. If we want cleaner stations, someone has to be in charge. We need to decentralize powers.

Think of the tracks in a station. Next time, scrutinize them carefully. You will find that the sleepers are made of wood or concrete. If it’s a station where trains originate, it will probably be made of concrete.

If it’s a station through which trains merely pass, the sleepers will probably be made of wood. Essentially, concrete sleepers can bear a heavier load (required if a train stands there for some time). But they have disadvantages too.

But globally, the trend is towards mechanized track cleaners, a bit like massive vacuum cleaners. IR has a few of these. Depending on what is used to propel these (a locomotive, or a self-propelled vehicle), each costs between Rs 70 lakh and Rs 2.5 crore. They are remarkably efficient and the waste is carted to a municipal dump. But there is a double problem.

First, to use these, the tracks have to be free, without trains passing through them. Given the huge load of trains at major stations, except in the middle of the night, it is difficult to find time for mechanized track cleaners.

Second, and this is a problem that plagues both mechanized and manual cleaning, it isn’t that tracks at stations aren’t being cleaned. But what is dumped on tracks is far more than what is taken out.

On trains, you may have noticed mugs being chained, so that they aren’t stolen. That happens for garbage bins too. They get stolen. Can’t one enforce better passenger behaviour, by punishing them? (Commercial personnel, not RPF, do indeed possess these penal powers.) But with the large number of passengers passing through stations, most of whom are poor, this is difficult to enforce.

Poor people often use railway platforms as night-shelters. In passing, when you glance out of the window of a train and see filth and squalor, do realize that this may be outside station limits.

When I talk about clean stations, I mean within the station limits. The slums outside, even if they represent encroachments on railway land, are a different proposition. (Attempts made to remove encroachments have run into political problems and residents of these slums regard tracks as a garbage dump, apart from the defecation problem.)

I don’t intend to end on a dismal note. Even without the T3 and T1, it is possible to have cleaner stations, provided we empower station-masters and streamline the system. My pet peeve however is something that I have mentioned earlier. On stations, a lot of waste is generated by food stalls and we must do something about these.