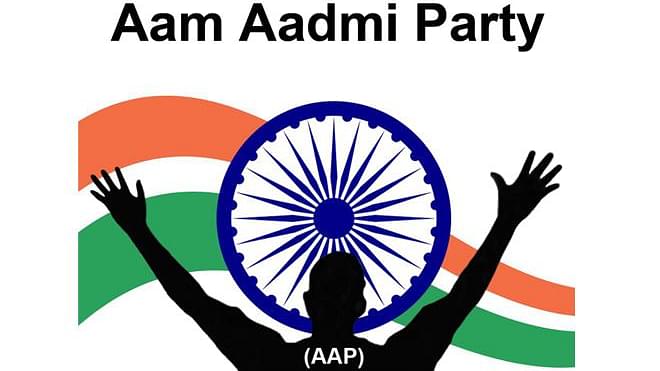 Congratulations Arvind Kejriwal on staking your claim to form the government in Delhi. I admire your much needed fight against corruption. I hope you will walk the talk. In 2011, EXIM scams alone totaled US $ 85 billion. Corruption of such magnitude impedes growth and hurts large sections of society.

Money meant for infrastructure development is instead diverted to secret Swiss bank accounts of politicians and businessmen. So, even if you partially succeed in your campaign against corruption, you would’ve rendered a yeomen service. You have mobilized the educated, young, urban middle-class in a commendable manner and your advocacies resonate with them. This necessitates a reasonable examination of your stated policies. Flawed policies would set back and harm society as much as corruption does.

In your book Swaraj, you have passionately argued for gram sabha (i.e., village assembly) as the panacea for many ills of society. I will include mohalla sabha, ward committees and other local forms of governments under this category.I will paraphrase your advocacies (see pp. 32-33, 41, 67 of Kejriwal’s book Swaraj):

Do these advocacies benefit society or is gram sabha a regressive idea? Let us evaluate.

India’s growth has been unplanned and lopsided. Infrastructure, energy supply, and logistics network that would facilitate the transport of goods and hence spur economic growth is lacking in most parts of India. A sizeable section of Indians lives under conditions of abject poverty. Alleviating poverty and ushering in prosperity would require building such infrastructure as roads and dams. This in turn would necessitate acquiring land.

If the government is forced to negotiate with individual gram sabhas, each gram sabha can hold it to ransom by demanding exorbitant compensation and delaying the infrastructure projects. Imagine building a highway, railway track, or irrigation canal that crisscrosses the country. A village made up of insular people can derail or delay the entire project if its gram sabha is empowered to destroy. This not only hurts the economic prospects of that particular village but of many others as well.

Besides, it is arbitrary to claim that villagers own natural resources such as land and water. Villagers didn’t create those resources. Those were naturally formed. Historically, all humans have been immigrants and everyone should have the humility to see oneself as a tourist and not as the eternal owner of a place.

Not only the present generation but future generations too own the resources of a place. Therefore, natural resources should be managed in such a manner as to benefit the present and future generations. Most villagers lack the foresight and knowledge to evaluate whether a nuclear plant, airport, or highway would benefit them and their progeny. They resist infrastructure-building initiatives out of either ignorance or greed.

So, it is unethical and irresponsible to let villagers be the arbiters of important infrastructure-building initiatives because any implementation delay aggravates poverty and contributes to suffering. Instead, such initiatives should be centrally driven. India needs a long-term infrastructure plan. The state should acquire natural resources through a central legislation to deliver the plan without entering into any negotiations with the villagers. The state should fairly and transparently compensate the villagers for the natural resources acquired according to a standard, non-negotiable compensation model to spur sustainable economic growth.

We live in an increasingly complex world. The solutions to the problems we face such as fighting cancer, controlling inflation, etc., necessitate increasing the threshold of knowledge across all levels of society. Such an endeavor begins with laying the foundations of knowledge at schools. However, this cannot be left to the mercy of individual schools, teachers, or communities.

What if the gram sabha decides in favor of madrassa education or against the teaching of biological evolution and sex education at schools? What if the gram sabha persecutes teachers who inculcate knowledge of science in the minds of children because such inculcation threatens religious beliefs? Who benefits by respecting such local choices?

In the interests of society, educational standards and curriculum should be decided by a central authority. A cure for cancer, algorithms for digital data compression, or eradication of vectors using gene modification techniques doesn’t happen in a void. These are the natural outcomes of a systemic pursuit where visionaries understand what inputs to education would produce paradigm-shifting outputs.

As a corollary, this would necessitate having a centralized panel of distinguished scientists and economists decide school curriculum. Analytics tools and standardized tests should be used to monitor the progress of students and evaluate teachers. It is irresponsible to leave such important initiatives to the whims and fancies of the gram sabha.

Well run government schools should be the primary source of education in any civilized society. They enable the poorer sections of society to acquire education and thus increase the threshold of knowledge in society. Unfortunately, government-run schools are among the least accountable institutions in India. Their standards are so pathetic that even the poorest are forced to pay exorbitant fees to study in private schools or to remain functionally illiterate. Most of the private schools are themselves mediocre and only thrive because of the perennial shortage of supply. As a result, most Indian children lack access to quality school education.

AAP’s plan to strengthen and add more government-run schools is commendable. However, the plan to let gram sabhas recruit teachers to address shortages of supply would rather aggravate the problem than fix it. Most Indian teachers, in government-run and private schools, are substandard and unfit to guide students in the pursuit of knowledge. Increasing the quantity of such teachers would only compound mediocrity.

Besides, neither brick-and-mortar schools nor flesh-and-blood teachers of acceptable quality can be mobilized in the foreseeable future to fulfill demand. Instead, a serious plan to overhaul the system should evaluate inducting something like Khan Academy as the primary mode of teaching with teachers acting as facilitators.This would allow children to acquire world-class education. Such a measure would entail a centralized control rather than let gram sabhas make education-related decisions.

The plan to let gram sabhas be the final arbiters on how to prioritize the spending of tax money on healthcare is well-intentioned but foolhardy. A gram sabha may decide in favor of spending precious and limited tax money on procuring medicines for respiratory illnesses. However, this would be money ill-spent if such illnesses are the result of environmental pollution. In that case, a reactive response wouldn’t prevent the recurrence of the illness.

Society should rather spend the limited tax money on curtailing pollution to eliminate the cause of respiratory illnesses than on inefficient reactionary measures.This would require a centralized arbiter.Such an arbiter would take a comprehensive and futuristic view of healthcare responses and prioritize how the tax money should be allocated to various projects. For example, it may benefit society to spend precious tax money on preventing cancer and the spread of carcinogens than to spend on seasonal flu medication. Only a centralized authority comprising of distinguished scientists, public health experts, and economists would be capable of deciding on such priorities. It is irresponsible to leave such decisions to the whims and fancies of the gram sabha.

Should the gram sabha levy local taxes? In the US, cities levy property taxes and spend it on public (i.e., government-run) schools. So, in principle, a gram sabha can levy tax provided they also have a rigorous long-term plan to encumber any spending against a strategic initiative. For example, if the tax is collected to build a sports infrastructure, it can only be spent on it. Otherwise, local governments would be tempted to spend the tax money on populist measures to the long-term detriment of society. Kejriwal, you’re eager to let the gram sabha collect taxes but do not inform us what your plans to encumber the spending are. So, it is hard for one to determine that this policy advocacy would be beneficial.

India’s cities as well as villages have been laid waste to. Law and order is terrible, corruption is endemic, and infrastructure is pathetic. City-dwellers spend hours commuting just a few kilometers because the public transportation is terrible and the roads are awful. Villagers are stuck in a medieval lifestyle with limited access to good healthcare or diverse educational or employment opportunities. A significant section of India continues to live under abject poverty. A large section of society continues to subsist on outmoded agrarian forms of production and even essential farm produces like fruits and vegetables are in short supply. In contrast, developed nations have adopted a diversified economic portfolio.

The way out of this mess would require a complete overhaul of India’s villages and cities. Eventually, traditional modes of livelihood should be abandoned and new economic modes embraced. Indians will have to eventually abandon village and localized economies and embrace an urban economy. If we don’t come up with a courageous central plan to rebuild our cities and villages and put extensive infrastructure in place, Indians’ lifestyle would continue to degrade exponentially.

One has to define a central mandate and acquire land and other natural resources to build infrastructure to achieve that end. Every nuclear plant, airport, or highway delayed adversely impacts the quality of life of the common man. Every Indian should aspire for diverse economic opportunities, comfortable transportation, and clean air and energy so that he or she could enjoy an evening’s sunset from the balcony of one’s high-rise urban apartment, read Lawrence Krauss or Jayanta Bhatta, indulge in an altered perception of reality resulting from a healthy combination of pot and Bismillah Khan’s rendition, and make love to the dear one as the Venus traverses the night sky.

Gram sabhas would be an obstacle to Indians’ progress toward that desired state.

Kalavai Venkat is a Silicon Valley-based writer, an atheist, a practicing orthodox Hindu, and author of the forthcoming book What Every Hindu Should Know About Christianity.
Get Swarajya in your inbox everyday. Subscribe here.
Tags: