Fighting Covid-19: How Nehruvian Socialism Set India Up For Failure 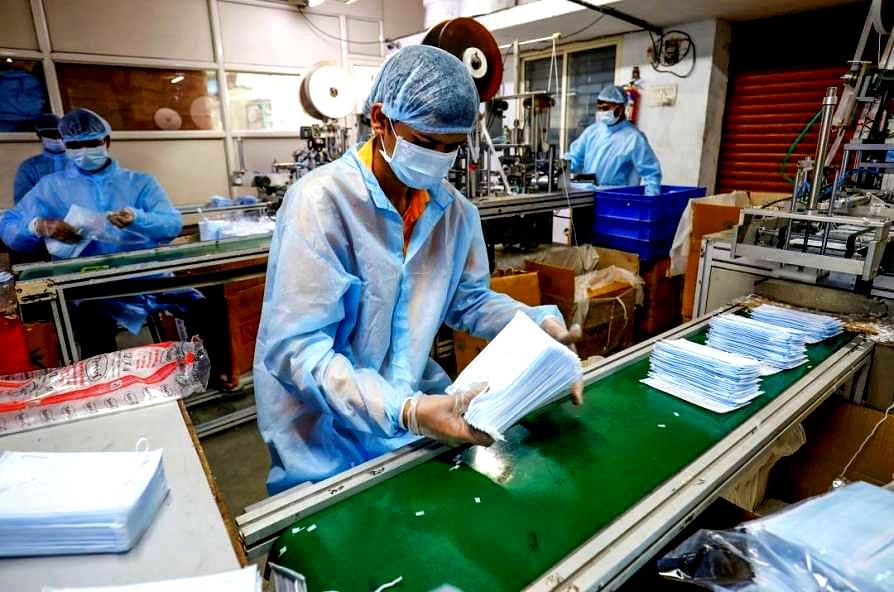 India has gone into full national lockdown as the number of Covid-19 cases cross 500. After a voluntary curfew observed across the country on Sunday (22 March) on Prime Minister Narendra Modi’s appeal, one state government after another has imposed Section 144 which bars assembly of people in groups in public places.

While it is obvious that earlier a country takes harsh steps to arrest the growth of infections, sooner it will be able to get a handle on the situation and prevent avoidable deaths. But for India, the reason for alacrity lies in the government’s lack of confidence in its capability to provide care for thousands that would be flocking to hospitals for care if the situation worsens.

At the root of this unpreparedness are policies rooted in Nehruvian socialism that have set India up for failure. While the Modi government has initiated some reforms in the healthcare sector in the last five years, the slow pace, for whatever reasons, means that we are woefully unprepared today to deal with the Coronavirus pandemic.

There is bipartisan consensus for Nehruvian Socialism in India and both the Congress and the BJP need to share the blame in proportion to the years they have ruled the country.

One wishes India had discarded these socialist policies which have put us in this precarious position. Here is a short list.

First, the license quota raj in medical education. Decades of controlling the intake in admission in colleges and putting a very high premium on opening a medical school has ensured that thousands of Indian students go to China, Russia, Ukraine, even Bangladesh, to get a medical degree because of the demand and supply mismatch - number of students who want to study medicine are many times higher than the number of seats available in India.

The government has neither invested in opening government hospitals and medical colleges, nor allowed the private sector to fill the space.

The fact that India needs 32,900 more sub centres (SCs), 643 more primary health centres (PHCs), and 2,188 more community health centres (CHCs) to meet its basic health infrastructure requirements speaks volumes about low level of investment it has made in its own healthcare facilities.

What is more shameful is that 93 per cent of SCs and 87 per cent of PHCs and CHCs fail to meet the basic Indian public health standards.

Ventilators, the most treasured commodity in the Coronavirus pandemic, is in short supply in India. As per a Hindustan Times report, there are only 40,000 ventilators in the country. ICU beds are estimated to be around 70,000 (as per a very old report from 2001).

In the absence of official data, this data shouldn’t be taken at face value but even if the actual ICU beds or ventilators are double of the aforementioned numbers, these are nowhere near the ideal capacity that is needed.

The point is if we had liberalised the medical sector like we did with engineering (but with better regulation), we would have tens of thousands of more doctors, lakhs of more beds, thousands more ventilators and ICUs. And we would have been in a much better position to tackle the coronavirus pandemic.

Second, India’s pernicious labour laws. The centre and state governments are busy sending advisories to private firms not to fire their workers. Of course, there is no incentive (yet) for them to keep giving them salaries when there is no cash flow and production or services have come to halt. It’s almost impossible.

But more importantly, let’s say the government did want to make sure that the companies do not let go of any employee and they will be economically compensated in some other way (delaying taxes, via cheaper loans, etc). Can it do it? No.

Due to India’s supposedly pro-workers labour laws, firms can’t fire workers on their own beyond a point. So, they don’t hire them beyond a point. But only officially. Since, there is a premium to pay for being a bigger firm with a bigger workforce, firms find innovative ways to keep their workforce small “officially”.

For instance, if stricter regulation kicks in if you hire 20 workers, then you keep the official workforce number at 18 and hire 7-8 workers to meet your requirements.

But in times of emergencies like the present one, they can be easily fired. They don’t enjoy protection in such times.

More importantly, the economy is in complete shutdown right now. If we can reform our labour laws even now, then we can quickly make gains if factories and firms are allowed to hire and fire as they wish and if unions are kept in check. This is a golden opportunity, presented by a crisis, that mustn’t be missed.

Third, socialist mindset that makes matters worse. The government’s own Economic Survey publishes a thoughtful chapter on how legislation like the “Essential Commodities Act” does more harm than good in the economy. But the same government goes on to put more items in that same very act.

As the prices of sanitisers and masks went through the roof (due to limited supply and sudden spike in demand), the government put them in the list of “essential commodities”. It starts raiding those who have “hoarded” a few scores of bottles (natural for a store). It announced an upper limit on their prices.

One can provide more instances of such controls not working than there are Coronavirus cases in India. The natural solution is to create enough supply in the market rather than putting these price caps.

But socialist mindset of the Indian politicians makes them go for populist measures rather than opting for actual solutions. Before the price caps, one can at least buy a Rs 30 mask for Rs 300 but after the government says that no one will sell it for more than Rs 30, there is no mask in the market to buy, either at Rs 30 or at Rs 300.

Four, lack of liberalisation and privatisation in general. When you have a pandemic, it’s not just about having more private hospitals that can provide more beds or doctors, but many services that a robust private sector makes available which may seem trivial but can prove to be a boon during crises.

Take the liquor industry for example. In the United States, many distilleries are now busy producing hand sanitisers instead of liquor bottles. But countries like India which discourage the setting up of distilleries in the first place (either by license raj or exorbitant fees) don’t have the luxury of benefiting from such facilities.

This is just an example to show how a free market system can arm a nation with much better capabilities in ways that are unthinkable to a centralised planner.

The US is also liberalising itself in this crisis time. For instance, many states do not allow doctors registered in other states to practice in their jurisdiction and compel them to take separate tests for license. Such licensing regulations are also there for non-medical critical professions that will be needed in fighting Covid-19.

Take trucking business, for instance. Red tape (state checkpoints, fees, etc) needs to be cut to allow them to provide faster delivery of essential items across the country.

One can provide numerous examples but the main point is about moving towards greater liberalisation and having a robust private sector.

Nehruvian Socialism has set India up for failure. Covid-19 is a wake up call. There is limited value in digging the well when the house is already on fire but this fire isn’t the first and it won’t be the last. It’s time we stopped romanticising the failed socialist system and discarded policies that sound good but don’t work in favour of policies that actually work irrespective of how they sound.