Setting And Muting The Narrative Around Lynching 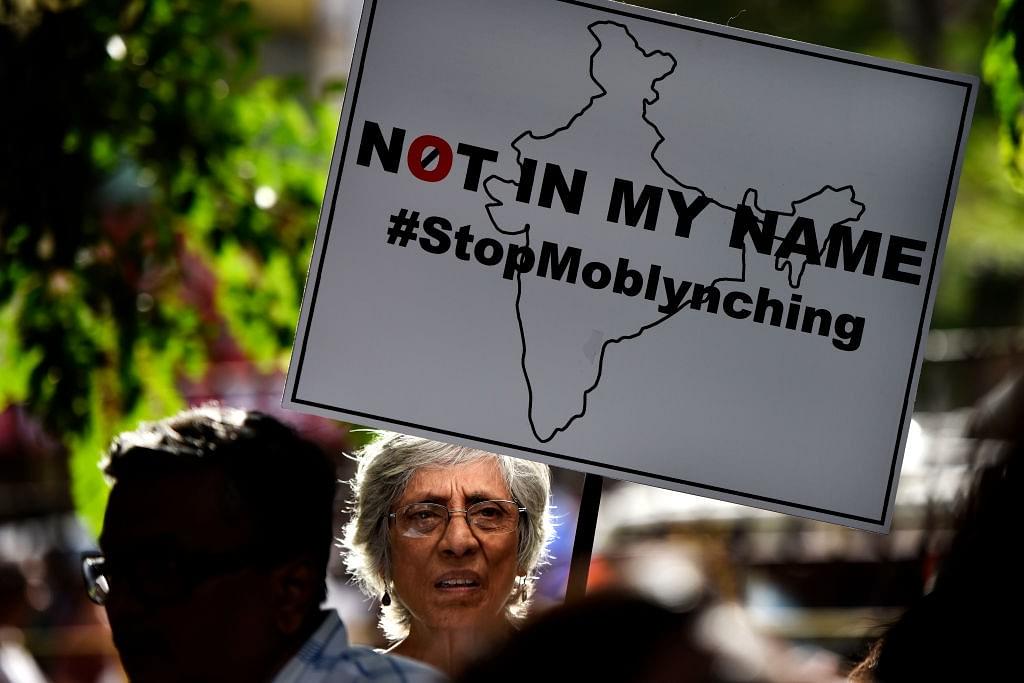 In the United States, the term is associated with the inhuman beating and killing of African-Americans by white supremacists, including by those belonging to racist organizations like the Ku-Klux-Klan (KKK), particularly during the civil rights movement.

Introducing the word ‘lynching’ in the context of cattle-smuggling-related crimes, and then presenting them with communal overtones, was one of the prime narratives of a section of the media against the Modi government in its previous term. The campaign saw top media barons frequently using terms like ‘Lynchistan’.

White supremacists lynching African-Americans is a well-documented part of American history. So, 'lynching' necessarily brings to mind the image of a person/s brutally attacking another. When the same template is applied to India, white supremacists are replaced by the Hindu ‘right-wing’.

Here, it should be pointed out that it was a series of ground reports from Swarajya which brought out the terror of cattle smugglers and the struggle of cattle-owners and put the events in perspective.

However, today, when at least two lynchings have happened in Punjab in the last 24 hours, one finds a strange silence from the very sections which were furthering the 'Lynchistan' narrative.

It is not the first time that a human life has been lost because of the ‘desecration’ of the Holy book.

As the protests of farmers and middlemen continued on the borders of New Delhi, Lakhbir Singh a 36-year-old man, belonging to Scheduled Community (SC), was found dead on 15 October 2021. His hands and legs had been chopped off; he was then tied to a metal barricade and was allowed to bleed to an agonising death. The umbrella organisation of farmers stated that it was the work of Nihang Sikhs.

Earlier, in May 2021, six of the protestors had been arrested for a gang rape.

In both the cases, no one talked about how the lynching of a Dalit or a gangrape of a woman is more blasphemous and disrespectful to a religion or ideology that is humanistic. There have been no 'public intellectuals' or 'concerned citizens' condemning the inhuman killing of a person who was the father of three children aged 8, 10 and 12. There has been no poster-campaigning, no op-eds, no cartoons, no support-wapasi and no award-wapasi.

And now, another person has been lynched in the complex of Har Mandir Saheb.

It is disturbing. Disturbing because it shows a trend of devolution in the course of Sikh socio-spiritual values. From Sat Guru Nanak Dev to Guru Gobind Singh, the Sikh Gurus enriched Indian spirituality with an all-embracing spiritual message.

Even in the face of Mughal tyranny, the Gurus never lost sight of the message of universalism. They adhered to it even in battle field. When a water–carrier, Ghanaya, gave water to injured soldiers in the battle field—both Sikhs and Mughals— the Sikh soldiers complained. Guru Gobind Singh however appreciated his deed as the one of a true Sikh.

Against such a background, the latest events only point towards a crisis.

Right from the colonial times, there have been consistent attempts to axe the Sikh branch from the tree of Indian spiritual traditions. Colonialists understandably wanted to recast Sikhism as a protestant monotheist movement that arose as a result of Islamic influence. Armed with a strong army of scholarly indoctrinators, they had a significant-but-not-complete success in creating this mindset; among both Sikhs and other Hindus. In 1947 though, the Partition riots showed the civilizational reality.

What is not understandable is the way many Indian politicians nurtured the same fault-lines, leading ultimately to the Khalistan movement and its grave consequences.

The same buttons have been pressed again during the farmers-middlemen agitation, and the lynchings and mob violence have all been dealt with lightly.

In the case of the 'lynchistan' media campaign against the Modi government, one aspect of the issue which most sections of the media neglected, was the strong link between cattle smuggling and Jihadist terrorism. When the BSF was forced to reduce the use of lethal weapons against cattle smugglers at the country's borders, not only did livestock smuggling increase but the number of attacks on BSF personnel did too.

A paper studying cattle smuggling across the India-Bangladesh border before 2014 has this to say:

A Harkat-ul Jihad al Islami (HuJI) cadre arrested in UP in 2008 confessed to being a cattle smuggler as well as to smuggling guns and ammunition for terrorist groups. In the same year, a letter written by the Animal Welfare Department of Ministry of Environment and Forest to the Ministry of Home Affairs stated the possibility of money generated from cattle smuggling being used to fund terror organisations and their sleeper cells operating in India. In April 2013, the National Investigating Agency (NIA), set up to investigate terrorism-related cases, filed a charge-sheet against a group of persons smuggling fake currency to fund Hizb-ul Mujahideen (HuM), a Kashmir-based terrorist outfit.

The coinciding of the media campaign against cow-protection with the tightening of security to check livestock smuggling cannot be a mere coincidence.

While in the case of livestock smuggling the media emphasised the lynching narrative, in the case of lynchings linked to the misguided fanaticism of certain Sikhs, the media and intellectuals have maintained silence at large.

In the case of former, a high-decibel campaign, intentionally or otherwise, favoured the livestock smugglers; in the case of latter, the strategic silence favours the forces wanting to revive a militant, religious fanaticism.