Sindhi Temples Return Saroops Of Shri Guru Granth Sahib: How SGPC Has Tied Itself Up In Knots On The Issue 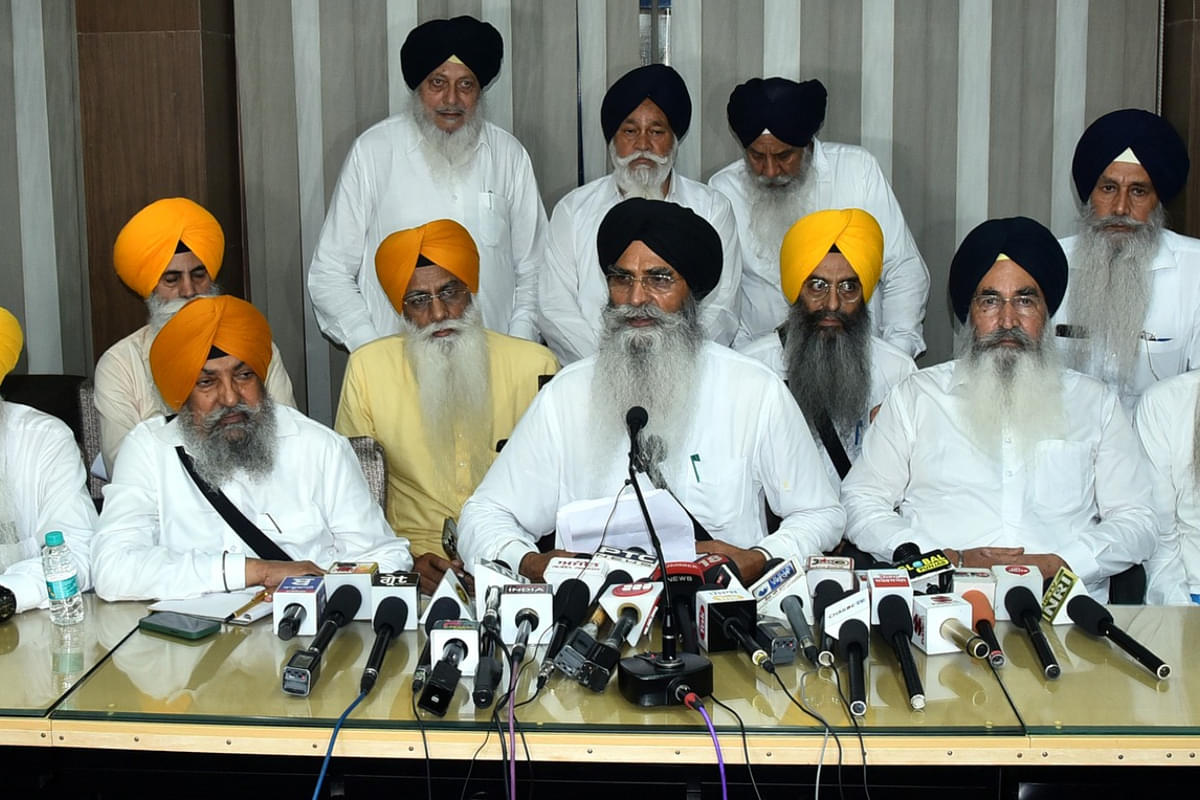 The past week-and-a-half has been marked by a rather unexpected religious storm in Madhya Pradesh. Nihangs from Punjab had stormed into Sindhi Tikanos and homes, and created ruckus on the placement of Sri Guru Granth Sahib against "rehat maryada".

Attempts at getting the Indore Singh Sabha to intervene were also futile, leading to a situation where Sindhis essentially decided to give up on all saroops of the Sri Guru Granth Sahib, across India, with the directive of the Sindhi Sant Samaj on mutual agreement within the community.

It was also decided that copies of the Srimad Bhagavad Gita and Ramayana should be kept instead in the Tikanos thereon in Indore.

Following this, stories of the submission of the saroops came in from Ajmer and Rajasthan as well, even as a meeting between the Akal Takht and the Sindhi community representatives took place on the issue.

What was particularly depressing to note was the fact that the Madhya Pradesh administration chose to remain silent on the subject.

As the Sindhi Samaj Mahamandaleswar Sai Hansraj Maharaj told local news organisations, some Sikh extremists would regularly enter the Sindhi temples and berate their customs and call them 'paakhandi', even brandishing swords on one occasion.

The police, however, did not even entertain the complaints on harassment faced, especially by women, with whom Nihangs allegedly misbehaved.

Even the local Member of Parliament from Indore, Shankar Lalwani, who coincidentally also belongs to the Sindhi community, was not to be found when his support could have helped the Sindhi samaj.

SGPC Tries To Distance Itself, Only To Tie Itself Up In Knots

The pan-India backlash to these events, with Sindhis refusing to "convert" their temples to gurdwaras by removing idols of deities, including that of Jhulelal ji and others, caused much embarrassment to the establishment of the Shiromani Gurdwara Parbandhak Committee (SGPC), which would have never wanted this question to come up in the first place.

In its latest statement, the president of SGPC, Harjinder Singh Dhami, distanced himself and SGPC from the actions of the Nihang groups. He claimed that while rehat maryada is essential, "Sehajdhari" Sikhs need to be united, and not be pushed away from the Sikh faith.

The terminology used in the SGPC statement is rather interesting. It calls Sindhi Hindus as ‘Sehajdhari Sikhs’ instead of acknowledging the rather syncretic tradition of the Udasi Hindus of Sindh, evidences of which can be seen even today in Sindh, Pakistan, among the minority Hindus left.

These are especially visible in places like Khatwari Darbar in Shikarpur and Sadh Belo river island in the middle of the Indus river in Sukkur. This is not surprising, given how the creation of the SGPC itself was the outcome of a decades-long effort to dissociate Sikhism from any ‘vestiges’ of Hinduism.

However, the use of the term ‘Sehajdhari Sikhs’ also brought back to focus recent ongoings in the SGPC and the Shiromani Akali Dal (Badal).

Commonly understood as ‘one in the process of adopting the religion’, the definition of Sehajdari Sikhs was first introduced in 1944 under British rule into the original 1925 Act.

With this, anyone belonging to a non-Sikh family who may not wear symbols of Sikhism (or Khalsa Panth) but believes in Sikh gurus and Guru Granth Sahib is a Sehajdhari, and could vote for SGPC elections.

History Of The Term ‘Sehajdhari’ And Its Modern Implications

To define who is a Sikh in the SGPC world view, the guidelines in Sikh Rehat Maryada are followed, whose English version as espoused on its website clearly defines Sikh as “Any human being who faithfully believes in:

(i) One Immortal Being

(iv) The utterances and teachings of the Ten Gurus, and

(v) The baptism bequeathed by the tenth Guru, and who does not owe allegiance to any other religion".

A look at history, however, highlights the fluidity of the definition.

One of the earliest references to the term ‘Sehajdhari’ is from 1907, when the Anand Marriage Act (Sikh Marriage Act) was passed at the behest of the Khalsa Diwan, which sought to extract most from their relation with the British colonial rulers.

As Paramjit Singh Judge and Manjit Kaur documented, at the time of discussion on the Bill in the Punjab Legislative Council, there was strong opposition and apprehension, particularly over the definition of ‘Sikh’.

This compelled the government to state on the floor of the House that ‘the Bill included the Sehajdharis and Keshdharis and all those who believed in the teachings of Sri Guru Granth Sahib as their religion’.

Two factors, as Rajiv Kapoor elaborated, led to the identification of Sehajdharis as Sikhs.

One was the census-based efforts of the British administration to perpetuate its martial race theory and recruit from certain castes of Sikhs.

The other played out later in the form of representation for Sikhs under the communal college electorates with the implementation of the British ‘reforms’ following the first World War and was led primarily by organisations like Khalsa Diwan and SGPC.

However, soon after the success of the Akali Dal in getting the SGPC created, there was realisation that only ‘true’ Sikhs should be controlling Sikhs, and the dichotomy has since been a contention point.

The process of excluding Sehajdharis has been ongoing since 2003.

In 2003, the Union Home Ministry sought to amend the Act of 1925 to exclude Sehajdharis at the behest of SAD (Badal). However, this could not stand up to judicial scrutiny, and was quashed by the Punjab and Haryana high court in 2011.

The outcome, based on a petition by the Sehajdhari Sikh Party, however, had become about a technicality, stating that the amendment had to come through the legislature. Of course, they were not the only people to say so.

Nirankari Sant Mission followers were declared non-Sikhs by the SGPC in the 70s during the heated period that saw the rise of Jarnail Singh Bhindranwale. Namdharis have always been questioned for their practices by extremists, causing chaos in the SGPC’s affairs more than once.

The travesty could not have been worse though. As per the Sehajdhari Sikh Party, this amendment effectively debarred 70 lakh community members from exercising their franchise.

As pointed out in 2016 itself, the definition of Sehajdhari Sikh has no religious sanction as far as the fundamental tenets of the religion are concerned.

Of course, SAD (Badal) stood to gain the most, as it sought to cement the control of SGPC and as per allegations the chadhava that come in from the sangat.

This was of course the classic case of the SAD (Badal) trying to be too clever by half. As Rahul Singh, the son of the controversial late author Khushwant Singh once wrote, thanks to the SGPC, there could never be a definitive figure of Sikhs worldwide.

While the 2011 census put out the figure of 14 million Sikhs in Punjab, the SGPC claimed that only 5.5 million are Keshdhari, or “real” Sikhs. In that sense, ​​Singh even went ahead and caustically remarked that while the SGPC excludes Sehajdhari and Patit Sikhs from its elections, it is only too happy to get their donations.

So if the SGPC is today asking for respecting the beliefs of the Sehajdharis, it would perhaps make eminent sense if it did the same first. After all, charity begins at home.