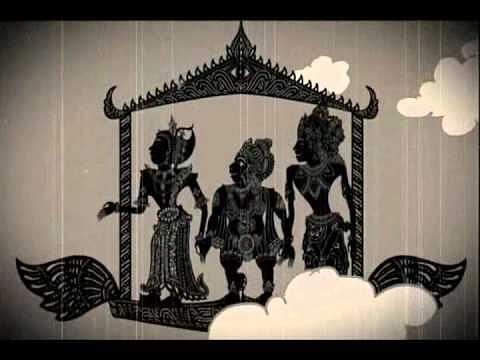 We need to stop the furore about the Sangh trying to distort history and make an attempt at ascertaining Indian contribution to understanding basic concepts of mathematics and aviation.

India has been at the forefront in contributing to innovations in arithmetic, alegbra and geometry at various periods. The Pythagoras Theorem finds a place in Baudhayana Sulba Sutra, a work dating back to 8th century BC. …The contributions of Aryabhata and Brahmagupta to the development of algebra and astronomy in the 6th and 7th centuries are well  recognized. … It was through scholars from the Middle East that renaissance Europe became acquainted with these Indian developments. However, until the twentieth century, the West seems to have been unaware of Madhava, a mathematician of the 15th century who anticipated the essentials of Calculus.

Consider the above statement made by a politician from a prepared speech in an international event held at Delhi in 2010. The speech claims that Baudhayana Sulba Sutras knew of Pythagoras theorem before Pythagoras who lived in the fourth century BC. The lecture also claims that Aryabhata and Brahmagupta in the 6th and 7th centuries contributed to the science of algebra, though Al-Khwarizimi’s work to which the name algebra is linked appears only around 825 CE.Similarly, 15th century Kerala mathematicians had a clear conceptual anticipation of Newtonian calculus.

Only here the politician in question is Pratibha Patil the then President of India and the occasion was the inaugural address made to the International Mathematical Union of the year 2010. And of course one should say each of the statement made in that prepared speech was correct.

But now after four years just look at the screaming headlines.

When Dr. Harsh Vardhan said that the Pythagoras theorem originated in India he was right. Also the roots of algebra do lie in India. What India did not have was or was not allowed to develop historically was the institutionalization of science on par with the West during the globally crucial phase of European colonization.

The reports that appeared on the newspapers purposefully linked Dr.Harsh Vardhan’s statement with the Prime Minister’s essentially insignificant remark about genetic knowledge in ancient India.

The aim of whoever generated that PTI report was clear: to convey to the reader that the Hindu nationalists have an agenda to trace everything back to India, though this time with Dr.Harsh Vardhan they picked up the wrong statement. The minister was right.

… there is sufficient evidence today, from a number of independent sources to support the claim that original ideas, methods and computational systems in field numeration, algebra, trigonometry and even mathematical analysis , originated for the first time in the minds of Hindu mathematicians throughout 19 centuries before the High Renaissance in Europe.

No that is not Parivar stuff. That is not quoting from Gujarat textbooks the left-liberals love to hate. That is from the entry ‘The Great Hindu Mathematicians (500 BCE -1400 CE)‘ made in the ‘Historical Encyclopedia of Natural and Mathematical Sciences‘, Volume-1 (Springer Science, 2009) edited by Prof.Ari Ben-Menahem of Weizmann Institute,and he can by no stretch of imagination even by the Stalinist standards of left-liberal media, be called a f’Parivarist’ -unless otherwise you want to invent a Zionist-Hindutva conspiracy.

And this writer in all humility recognizes the fact that our left-liberals are quite capable of inventing one such. Believe it or not, the fringe elements of the left-liberal brigade had already done that.

In the ancient world there were frequent cross-fertilization of ideas – from the Hindu to the Babylonian to the Greek to the Chinese. Science mostly did not evolve in isolation.

And then the airplanes… It is often said and certain data circulated within the nationalist circles in India and also in the global sensational media that Shivkar Bāpuji Talpade a Maharashtrian did make a contraption fly in the air in front of an august audience.

It would be interesting to note that as early as 15th century Leonardo da Vinci (1452-1519) had designed models of aircraft- based mainly on the design of the flying organs of birds and bats. This type of aircraft design had recurred again and again. The Indian model -if we are to believe the reports- concentrated more on the fuel part than the aeronautical design itself.

Yet again that cannot alter the fact that the Wright brothers were the ones who succeeded in the attempt of manned flight. The Talpade aircraft was unmanned and not exactly successful. Such attempts had happened with many failures and partial successes throughout the world. Anyway the very fact that someone in India -then a colonized nation and society enslaved in the mind- tried an experiment is itself worthy of adoration and documentation.

Vedic aircraft and Ramayana’s Pushpaka Vimana are again imaginations worthy of appreciation but when someone thinks they really existed then either the person in gullible or he is bamboozling his willing audience. In the present science congress a paper has been slipped in claiming air planes technology in ancient Indian scriptures and as if by clue at once reporters zero in on this paper and highlight it.

Ramachandra Guha links this to Sangh and says the trend is disturbing and dangerous. But an online search on the author’s name reveals not only no Sangh connection but almost no previous existence. It is interesting how a paper calculated to bring embarrassment to the present government is quietly slipped in and then made into the big issue.

Nevertheless such pseudo-scientific fantasies of the past can be dealt with positively. One just has to look at the famous (or notorious -depends on from which side of the fence you look at it-) Immanuel Velikovsky  controversy and how Carl Sagan handled it. Instead of creating an academic untouchability, Sagan, who staunchly opposed Velikovsky’s ideas In 1973, endorsed a special 1974 AAAS (American Association for the Advancement of Science) conference on Velikovsky’s works “Velikovsky’s Challenge to Science”.

We all know that the meme of ancient aircraft and ancient weapons of mass destruction has been hyperactive in the digital mindspace. History Channel’s sub-standard ‘Ancient Aliens’  has more to do with the spread of this meme than Hindutva of Sangh Parivar.

Perhaps Science Congress can use the opportunity like Carl Sagan used the special session of AAAS to discuss what is fiction and what is fact and to make people understand and appreciate the magnificence of the imagination of ancient poets and not take literally the poetic hyperbole.

And the saving grace is that the section under which the pseudo-scientific paper was included has been titled only as ‘Vedic Mythology About Aviation’. Clearly the Indian science congress organizers have been clear : that it is all mythology whatever may be the claims made.

However there is an additional aspect to ancient Hindu mathematics that Dr.Harsh Vardhan could have mentioned. Sulba Sutras represent the earliest use of irrational numbers like the square root of two. In the Western tradition the discovery of their existence is attributed to Pythagorean Hippasus of Metapontum. However the Pythagorean belief in the absoluteness of numbers lead to a severe crisis in accepting the existence of irrational numbers.

Even an Euro-centric scholar like Stuart Hollingdale admits that the Indians used negative numbers and irrational roots were accepted. He points out that the logical and philosophical distinctions between rational and irrational numbers that so troubled the Greeks  were not there for Indians. (Stuart Hollingdale, Makers of Mathematics, Courier 2014, p.95) In other words ancient Hindu mathematicians did not make science the slave of their worldview.

Now that is an important virtue the Stalinists and left-liberal journalists can learn from ancient Hindus – not to make data a slave of their ideological vested interests.