Pranesh, A Humour Artist Whose Wit, Wisdom And Wordplay Has ‘Entertained’ Kannadigas For Decades Now 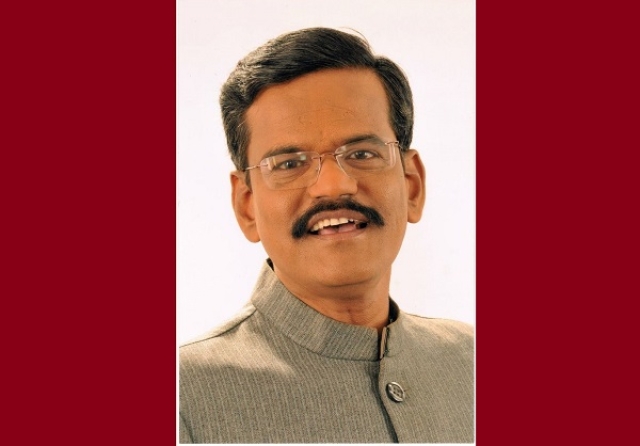 Hasya Rasa is said to be the most powerful yet most difficult to evoke in any performing art. And invoking genuine laughter is an art that unfortunately most stand-up ‘comics’ today lack the most.

For the puns that most of these comics (who would have had lighter bank balances if not for a Prime Minister who questioned the status quo of this country’s development) crack evoke not laughter but disdain – the underlying ‘bhava’(emotion) is usually one of mockery, scorn and ridicule.

But good humour takes intelligence, humility and knowledge – which unfortunately in today’s comic scene there is a great dearth of.

And I write this today as it is the birthday of one of Kannada’s much loved comic who took to the mic much before many of these ‘internet stars’ were born, has toured more countries than these can dream of, has audiences at every event whose strength outdoes the total cumulative numbers of all their shows- yet whose humour is simply that – humour.

Gangavati Pranesh and his trademark North Karnataka variety of Kannada have won hearts of millions of Kannadigas all over the world. Google ‘Kannada Hasya’ and his will be the name among most of the first set of search results.

Son of a freedom fighter Venkobacharya and inspired by his mother’s love for literature, Pranesh took to comedy in the early 90’s. His tryst with humour began with his exploration of the same in the works of Kannada’s noted writer and humorist Beechi who is also known as the George Bernard Shaw of Kannada.

And Pranesh has the title of ‘Abhinava Beechi’ or 'novel/contemporary Beechi’ for he began his journey of comedy sharing the works of the famous writer. Since then, his humour has been characterized by his wit, wisdom and wordplay.

Never is he known to indulge in name calling, although he does crack jokes about political characters and public personalities – never do you see him use profanity for the sake of it, stoop low to entice audience for lack of pun, or take to character assassination, body shaming or any of those ‘last resorts’ of desperate humour tactics.

His art is in the way he uses his language, his variety of Kannada, slice of life instances, and everyday nuances that make audiences roar with laughter.

The comedy is in the genuineness of thought, the humour is in the glimpse of real life minus its frills and fancies, the laughter echoes from the way in which he makes light of situations that most of us chose to dismiss ‘burdened’ with greater tasks we imagine ourselves to be involved with. This is his success mantra –the displacement that he achieves for the audience.

And unlike what we see in the name of comedy today, the strength of his shows lies in the way in which spreads important special messages, creates awareness about various topics affecting society and infuses a love for the language, the land and the way of living among people.

All you need to know is to laugh and laugh at the phenomenon and not the person in question. For these are humorists who are rooted in literature, rooted in comedy as an art, rooted in evoking the essence of laughter as an expression of mirth.