The Latter-day Racism of Charles Allen 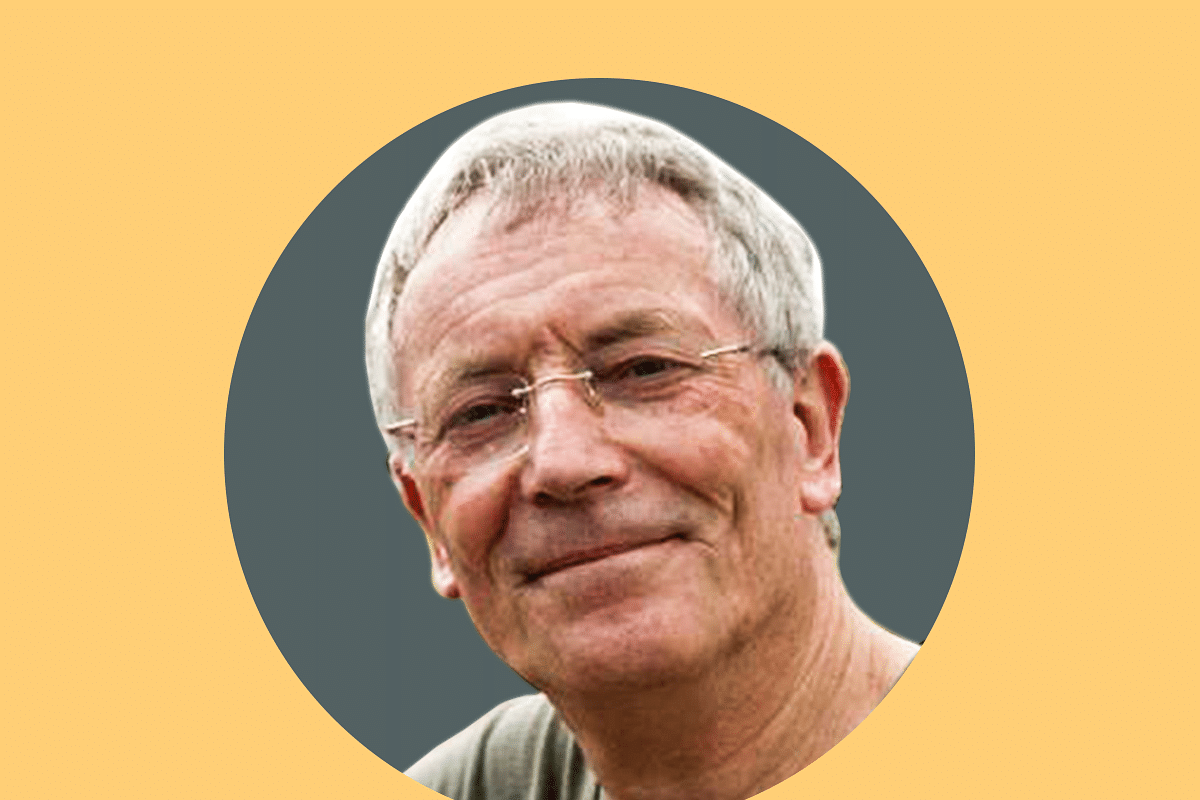 British writer Charles Allen passed away in August 2020. He had written several well-known books about India, especially its history, and his death elicited many a glowing obituary. The reality is that Allen’s writings represent a form of covert racism that systematically downplayed the horrors of the British occupation of India and slyly presented colonial rule as the white man’s burden and a civilizing mission. This was not done in the blatant style of Katherine Mayo’s Mother India (published 1927) – he knew times had changed – but in a seemingly scholarly way.

I had not responded to the obituaries last year as it is considered poor form in Indian culture to speak ill of the recently deceased. However, it is important to put the record straight and expose a style that is used by many contemporary writers, journalists and academics to perpetuate racist narratives and to whitewash the horrors of European colonialism.

Charles Allen came from a British family that been in India for generations during the colonial period. Indeed, he had spent part of his childhood in India where he fondly remembers his father “dispensing justice on the front verandah” of his bungalow. He mentions similar imagery often in his books even though, with time, he became increasingly aware that these were no longer acceptable depictions of the colonial experience. As illustrated below, he gradually switched to a more insidious approach.

Allen’s early forays into writing includes Plain Tales from the Raj, published in 1975, which is a jumble of recollections of colonial-era officials and their families. Not surprisingly, the book is full of nostalgia for doting ayahs and eccentrics at the club. One could just forgive it as rose-tinted nostalgia but for the sustained messaging that British occupation was somehow a good thing for Indians. Allen is usually careful to couch it as if he is merely quoting the view of a retired official but he does let his guard down occasionally: “Here let it be said that the British found in the Mogul vacuum ‘chaos and anarchy and the degradation of morals and standards’ which they filled in time with a common language and legal system, a civil and administrative machine of rare quality and the ‘great civilizing effect’ of the Indian Army” (page 262). Really?? The civilizing effect of military occupation??

Allen can barely contain himself as he continues on the same page “It could be said that the Raj conferred indirect benefits upon India; the introduction on ‘a new galvanic impulse that gave Indians new ideas about liberty and a belief in the need for progress’.” (page 262) In other words, he means to say that the poor Indians would have remained trapped in the darkness by their false gods but for the benevolence of the British. Indeed he has already informed us on the previous page of how it was all driven by a love of India and its people: “Certainly, at the personal level the benevolent paternalism had much to commend it: ‘The fashion is judge India by the few who made money out of it, and forget the devotion of the people who served it….. It was their occupation granted, but they did it out of love for India, a love of the people, and what they did and what they contributed is now forgotten to a large extent’.” (page 261) Yes, of course, it was all done out of true love for the ignorant natives who are not sufficiently grateful.

Even by the mid-seventies, when Plain Tales was being edited, attitudes towards colonialism had already changed. So, Allen takes care to include some gentle criticism of how Indians were not treated as social equals, but there is absolute silence on the tens of millions that died from famines, wars and deprivation between 1757 and 1947, not to mention the human misery and dislocations caused by indentured labour, the forced cultivation of indigo/opium, and Partition.

By the turn of the century, Allen seems to have realized that overt support for colonialism was no longer acceptable. His biography of Rudyard Kipling named Kipling Sahib, was published in 2008 and Allen is careful to avoid openly defending imperialism. However, the subject of the book is no ordinary person but a writer who epitomized the “white man’s burden” school of thought (indeed, he coined the term).

Kipling was certainly a talented writer and one is free to enjoy his writings without sharing his opinions. Perhaps he can even be excused for being a man of his times. But that does not excuse Allen, writing in the 21st century, for not even attempting to explore the elephant in the room – Kipling’s enthusiastic support for a bloodthirsty, racist empire. There is no discussion at all about the dire economic and political conditions in India beyond a passing reference to the 1877 famine. The book is about India but there are no Indians with any agency in the text, they exist just as background flora and fauna.

The biography was a publishing success, so it seems to have given Allen the confidence to explore a more aggressive way to push prejudiced colonial narratives. We see this in his next book Ashoka which is supposedly about the Mauryan emperor. However, the ancient monarch is just a foil and his story is given a mere 37 out of 425 pages (pages 363 – 400). The book is almost entirely about how British Orientalists were responsible for “rediscovering” India’s past and saving it from the ignorant locals. As Allen himself puts it: “It is the astonishing tale of painstaking detective work by European Orientalists – a species vilified by the late Professor Edward Said and his followers”.

While it is true that James Princep and Alexander Cunningham did make remarkable findings, it should be remembered that the colonial-era exploration of Indian history was not driven by harmless intellectual curiosity but was itself part of the colonial project. By taking control of how a people understand themselves, European colonizers across the world were creating tools for political control. Where socio-political resistance was low, as with Australian aborigines, the colonizers simply uprooted indigenous memories by forcibly sending the children to mission schools. In Rwanda, Belgian colonizers would deliberately create a “caste conflict” between the Tutsis and Hutus with disastrous long term consequences. As recently as 2017, the Pope would formally apologize for the role of the Roman Catholic church in the brutal killings of 8,00,000 Rwandans in 1994. The British did exactly the same in India but Allen does not even mention this. Why would he, when his objective is to perpetuate the same colonial falsehoods?

Indeed, Allen was so keen on pushing colonial-era narratives, he did not even bother to do basic fact-checks. He published Coromandel in 2017, a history of India’s coast, where he casually denies the country’s long maritime history in the very first paragraph of the first chapter: “The ocean effectively marks the limits of Hinduism, which may explain why India was never a seafaring nation or, indeed, why India was never – apart from one brief but significant foray into South East Asia by the Imperial Cholas in the eleventh century – colonizers” (page 16). In other words, he simply erases a critical part of Indian history - the heaps of evidence about India’s ancient maritime links to South East Asia, the Romans, the medieval Arabs and East Asia; proudly sea-faring people like the Odiya and dynasties like the Pallavas, not to mention the thousands of Hindu temples in Cambodia and Indonesia. If anything, India has one of the longest maritime histories of any civilization going back to trade with Bronze Age Mesopotamia.

To blatantly erase a country’s maritime history in a book about its maritime history would be laughable but for Allen’s single minded pursuit of perpetuating colonial biases – especially those that can somehow highlight social fissures real or imagined. One of his favorites is the supposed divide between an “Aryan” North and a “Dravidian” South. So Allen confidently writes: “Northern India has comparatively few shrines devoted exclusively to the Mother Goddess…..” (page 85). This is evidently proof, together with the fact that laymen from lower castes carry out rituals in several Mother Goddess temples in South Indian, that “ this is evidence that the worship of the Mother Goddess pre-dated the arrival of Brahminical Hinduism in the South” (page 87) Really?? There are Shakti (i.e. Mother Goddess) temples in virtually every village in North India, as well as in the East and West. The network of Shakti Peethas is scattered all across the country and, if there is at all a regional concentration, it is in the East and not to the South. Moreover, it is common for non-bramhin lay followers to participate in the rituals everywhere. So, what is Allen’s source of information about India and Hinduism? With few exceptions, it is almost entirely made up of colonial era sources like the 19th century Christian missionary Robert Caldwell.

Deconstructing Charles Allen is quite amusing at one level as one can see that he is fully aware that he is being devious and, consequently, is trying to head off potential critics. At the very beginning of Coromandel, he absolves himself of any need to bother with accuracy by simply issuing a preface called “A Health Warning to the Reader” where he makes a seemingly humble plea that it is “a personal history” and consequently only his personal opinion about India’s history. Now, one should certainly allow for differences of interpretation but surely it does not absolve Allen of blatant misrepresentation of facts.

Still, one must admire Allen’s loyalty to the colonial project for he grandly declares: “I do not believe it would be an exaggeration to say that in 1784 this emancipation of the human consciousness returned to India” (page 384). This was the year that Asiatic Society was founded and Indians are expected to be eternally grateful for it, rather than harp on minor inconveniences such as the Great Bengal Famine of the 1770s that killed over ten million people, a third of the population of Bengal. Europeans ideas did impact Indian intellectual life but colonization is not necessary for modernization.

It is important to call out the covert racism of Charles Allen, not just for his widespread readership, but also because it is a technique that is routinely used by other Western authors and journalists writing about India, or indeed other former colonies. The idea of a civilizing mission continues to underlie a surprising array of literature and reportage. As the old African saying goes: “As long as the lions do not have their storytellers, the history of the hunt will continue to glorify the hunter”. Surely, the first step of the response is to clearly expose the hunter.