The Sabarimala Review And Articles Of Faith And Rationality 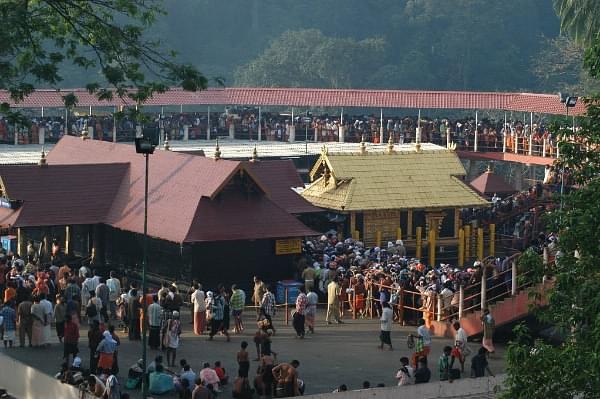 Recall the iconic statement of the dissenting judge Indu Malhotra in the original Sabarimala judgement: “Notions of rationality cannot be invoked in matters of religion.”

Truer words were never spoken. Is it up to the Supreme Court to counsel and inform billions of believers that the Holy Ganga couldn't have emanated from the trusses of Lord Shiva, or that Prophet Mohammed couldn't have travelled to heaven on a buraq, or that Jesus Christ couldn't have walked on water or turned water to wine?

Yes, the courts do have a role to play in intervening and preventing oppressive and hurtful religious practices, but then again, what is hurtful to you or me may not be hurtful to the believer.

For example, this author believes that stipulating a dress code is oppressive, but can the Supreme Court ban it? If it does, it would be violating the direct commandments of Allah as revealed in the Holy Quran (24:31; 33:59; 7:26).

Would that be acceptable to Muslims as well as to all those liberals and feminists who cheered the original Sabarimala verdict? It is heartening to hear the Chief Justice of India say that entry of women in places of worship through this verdict applies also to the mosques where women are currently barred.

This is precisely what one wants – no selectivity, no discrimination, no bias towards any particular religion. But one wonders how this would go down with people exhibiting the aforementioned predispositions? Perhaps now that Islam and other religions have been included, one might see them siding with the pro-Sabarimala litigants.

Coming to the verdict itself, it is laudable that the review has been moved to a larger bench, for in the first place was it discrimination or perceived discrimination, the grouse?

As for menstruating women, it is expressly forbidden for them to touch the Quran, recite a complete verse, enter a mosque, do salat, perform tawaf, fast, or have sex (56:79, 2:222; and Hadith-i Sharif). So are we now going to redact these verses?

There exists a fundamental contradiction between articles 21 (right to life, dignity and liberty) and 25 (right to practise any religion) of our Constitution. If one follows or respects one, it is impossible to follow or respect the other. This is because there are tens of thousands of religious commandments, directives, decrees that directly contradict Article 21.

The truth is that one would have to be an atheist, probably of the militant variety, to override Article 25 and support Article 21 at all times. This author, being an atheist, is fine with this. But are you, are the judges, are the politicians, are the countrymen? That is the question. And it is high time that it is forwarded to a constitutional bench.