Vegetarianism: A Reasoned Argument That India Can Take To The World 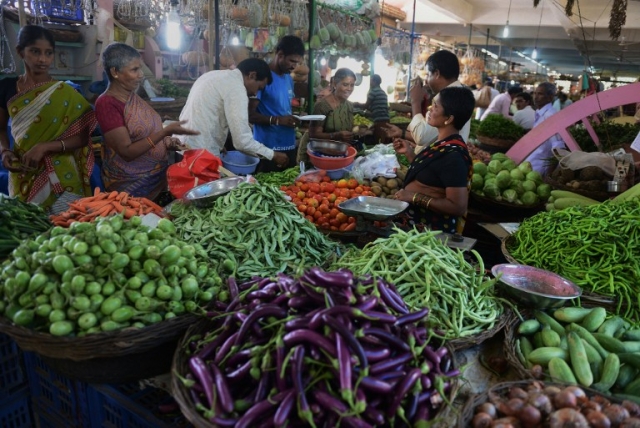 The current discourse around vegetarianism in the media completely blacks out how beneficial, and even imperative, is vegetarianism for individuals and for the planet at large.

Meatless Monday,a global movement active in 36 countries, encourages people to skip meat one day a week.  The campaign was started in 2003, but the idea was not a new one.  According to the movement’s lesson inAmerican history, the U.S. Food Administration during World War I (and WWII) urged Americans to give up meat on Mondays and wheat on Wednesdays to reduce consumption of key staples and, in turn, support the war.  A whopping 13 million families signed a pledge to observe these food-based austerity days promoted by the government.

In 2003, health advocate Sid Lerner partnered with the world-renowned Johns Hopkins Bloomberg School of Public Health, and Meatless Monday was reborn. Why?  Because as an overwhelming number of studies prove, plant-based eating is key to addressing the epidemic of preventable diseases associated with excessive meat consumption. Plant-based eating happens to also reduce environmental impact. Meatless Monday, then, provides people a way to do something good for themselves and the planet.

But in India, where vegetarianism is so widespread, daresay, a civilizational legacy, the mention of vegetarianism as a positive practice, spurs knee jerk responses that span from the familiar to the grotesque.  The left launches choice “epithets” — vegetarian elites, Hindu hardliners, misogynist (?!), and all sorts of Hindu and now Jain, bogeymen to conjure up a sordid tale of meat-eater oppression.  The name-calling and headlines that suggest thatHindus would rather save cows and starve their children are usually accompanied byindignant arguments about how India is NOT vegetarian.

On the right, jhandaas are waved — sometimes saffron, and most recently, panch paramesthi — without regard to the economic impacts of sudden government impositions outlawing an entire industry overnight.  The ill-conceived “hurt religious sentiment” invocation only creates backlash and black-markets.  Only in India then, are we treated to the horrid specter ofbeef-eating parties as a perverse declaration of religious freedom, caste liberation, and secular credentials.

But in lieu of tired debates over secularism, Hindu hegemony and Jain appeasement, and caste liberation, could  the debate  focus on health, environmentalism, and social responsibility? Instead of killing the four-legged, winged, and gilled, could the focus shift to laws put in place since India’s Independence? Rather than overstating the 60%, could India’s 40% vegetarians become one more indices of India’s soft power?

Not all Indians need be vegetarian for vegetarianism to be wielded as another manifestation ofIndia’s soft power— alongside yoga, ayurveda, cuisine, classical arts, and religious pluralism.  The Mahabharata’s maxim — Ahimsa Paramo Dharma — and its role in India’s independence spurred similar freedom movements globally, and at a subtler level, rightly place vegetarianism as a privileged value in Indian society.  From Gandhi to Pramukhswami and from Prime Minister Modi to Jain munis, no civilization is synonymized with a value that happens to be healthy for the body and planet, but is repudiated by its media and intelligentsia.

Even in America, the ostensible meat-eating capital of the world, meating-eating has plummeted over the past few decades.  In 2012, for instance, theU.S. Department of Agriculture projected a 12% drop from 2007 in meat and poultry consumption. And according to a survey in 2011 byThe Vegetarian Resource Group, an estimated 5% or over 15+ million people followed a vegetarian-based diet.  Many have taken their practice of vegetarianism to the next level of rigor and comprise .5% of Americans. Europe is on a similar trend.

Interestingly, rather than seeing a story about the uniqueness of 500 million or 40% (counting ovo-lactos) showing a preference for plant-based eating, the Indian media and intelligentsia seem to self-flagellate, as if eschewing meat is some regressive cause of shame.  Newsflash: 60% of Indians eating meat really isn’t much of a news story in a predominantly meat-eating world.  But spin that story to one about how a nation’s dietary practices are helping curb preventable diseases and greenhouse gases, and one might just find an international headline worth reading and emulating.

Less Meat is Good for Us and Good for the Planet

Recent recommendations by the Vegetarian Resource Group to relevant U.S. government agencies tasked with creating the most up to date dietary guidelines for Americans, cited the latest research on plant-based diets, including:

As far as environmental impact goes, the United Nations’ Food and Agriculture Organization 2006 study , Livestock’s Long Shadow: Environmental Issues and Options provides a chilling glimpse into our future should meat-production continue on its current upward trajectory.

According to the report, “The environmental impact per unit of livestock production must be cut by half, just to avoid increasing the level of damage beyond its present level.”  Damage includes vast land degradation; deforestation; increasing greenhouse gases (livestock account for 18% of greenhouse emissions); fresh water shortages (over 8% of global water use is for irrigating feed crops); water pollution (thanks to erosion and heavy pesticide and antibiotic use); and threats to biodiversity caused.

The world needs to be 40% vegetarian as a result of smart, grassroots health and environmental policies and practices.  And India, knowingly or unknowingly, might already be there.

Even before vegetarianism, and its spiritual precursor of seeing divinity in the souls of animals warped into being backwards andunsophisticated orright-wing andcasteist, the founders of the modern India attempted to codify as policy, the uniquely Indic ethos of compassion towards animals, and the practical reality of the wealth cattle represents for so many Indians in a primarily agricultural country. Articles 48 (Directive Principles) and 51A(g) (Fundamental Duties of the Constitution of India state respectively:

The directive principles, however, are not enforceable by writ, and similarly the fundamental duties cannot be mandated by a court of law.  However, in furtherance of Article 48, most states (with the exception of Kerala and some of the Northeastern states) have enacted laws related to the prohibition of slaughter of cows (and in some cases milch buffalo) and its progeny. There is also on the books, the Prevention of Cruelty to Animals Act of 1960 with subsequent amendments.

But according to my friend, N.G. Jayasimha, Managing Director of theHumane Society International – India, the laws protecting animals are toothless or enforcement dismal (full disclaimer: I serve on theDharmic Leadership Council for the Humane Society of the United States).  He shared with me some of the gross violations of not only extant law, but really any sense of humanity, that he has personally witnessed.

While investigating undercover transport and slaughter houses in the State of Tamil Nadu in 2005 for the People for the Ethical Treatment of Animals India, he saw alarming abuses of cattle, buffalo, sheep, and goat used in the meat and leather industries. Unhygienic and dangerous conditions in meat-processing facilities were all too common, as were animals regularly being crammed into trucks for transport — sometimes so many, that they would gouge one another with their horns, be crushed under one another’s weight, or die en route.  He also observed animals in slaughterhouses being cut with blunt knives in front of one another and on floors covered with feces, urine, blood, and guts.  In spite of it being illegal to injure animals, traders, he said, routinely beat them on the way to slaughter, smeared chilli seeds or tobacco into their eyes, and broke their tails.  And by far, the most heart wrenching — animals were often skinned and dismembered while still conscious.

In spite of a legacy of seeing animals as part of vasudhaiva kutumbakam, vegetarianism as a widespread practice, and well-meaning laws for their protection, some segments of Indian society have devolved into cruelty against the innocent, unbeknownst to the rest of society at best or ignored at worst.  Could a more positive framing of vegetarianism improve the lives of these animals?

From Government to Grassroots – Solutions for Animal Welfare*

Given his expertise in the field, I asked Jayasimha, what he saw as possible solutions to not only alleviating the suffering of animals, but shifting attitudes from a spectrum of self-flagellation and apathy to one of conscience and compassion.

He had much to offer, but in summary, he said that for governments, the legal and institutional framework that has already been established must be strengthened through needed amendments, adequate funding to carry out mandates, and, most importantly, enforcement.  At the grassroots, he said the general understanding of extant laws regarding the treatment of animals and what constitutes abuse and mistreatment must be improved through awareness campaigns, and cruel practices, including ritual animal sacrifice, should be discouraged.

If not meatless everyday, how about just Mondays?

40% of Indians abstain from meat everyday — this fact, contrary to most commentaries on the topic, is a good thing. Laws to protect animals need to be strengthened and enforced.  And lastly, mindsets need to change — if it’s too difficult to quit cold turkey, perhaps just Mondays are a good start.

* Special thanks to N.G. Jayasimha of Humane Society International – India for lending his expertise for these sections.