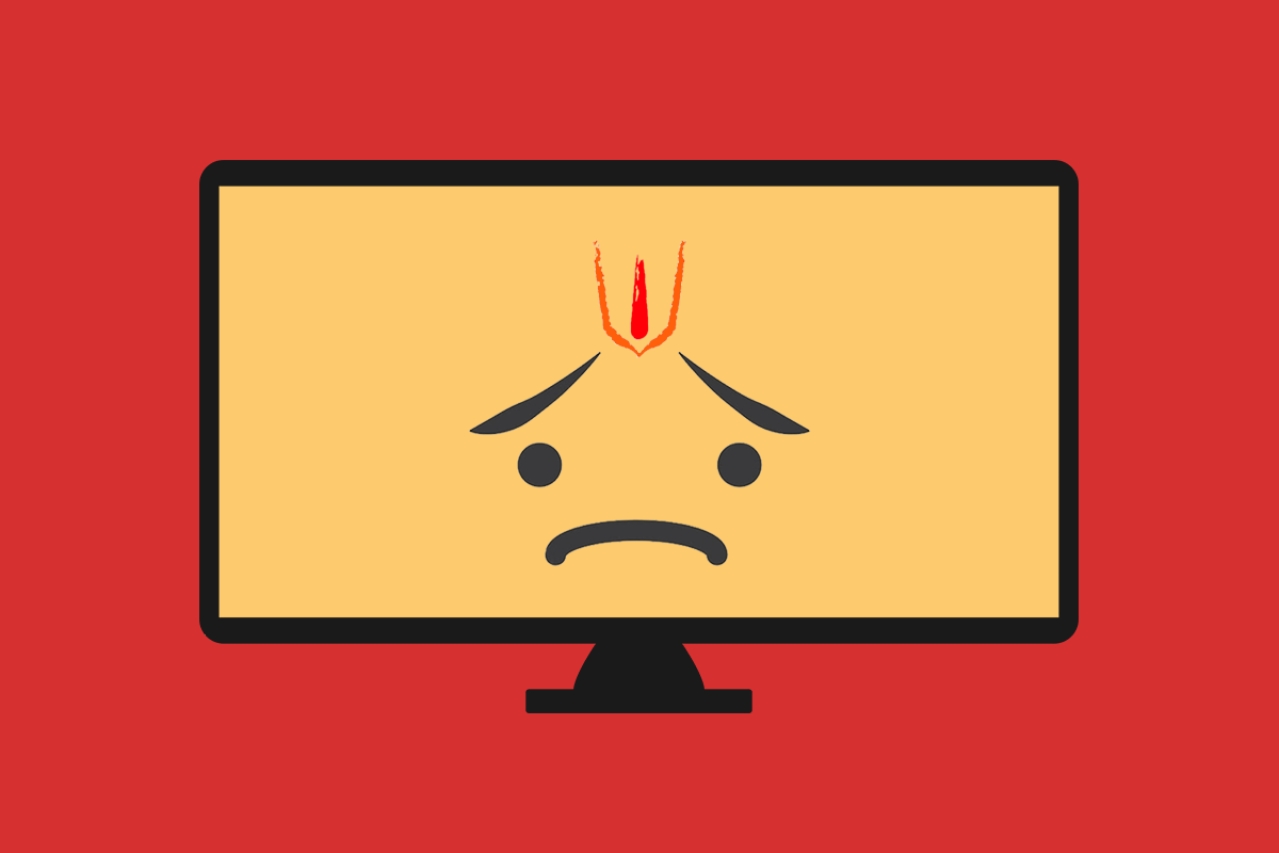 Virtue signaling at the cost of Hindus

Imagine a street in London or Birmingham. A Pakistani man begins to shout at an elderly woman, knowing that she is a supporter of India, that she is Hindu, and so, not welcome in England.

Or imagine a street in London, where Indians, including many Kashmiri Hindus, face bitter protests from Pakistani supporters.

Worse, imagine a situation where India supporters have to scratch, mop and scrub for hours and clean out blobs and blotches of eggs and tomatoes thrown at the Indian High Commission building in London by Pakistan supporters.

There are Indian advertisements where tea is shown to dissolve bias and the culturally stunted attitude in a matter of seconds. Would you not want a tray of kadak Indian chai to arrive at such a scene?

If a cup of freshly brewed tea can dissolve thick hatred for Indians and Hindu Indians in particular, there won't be a better publicity for the brand.

Forget Indian chai, there is not even the sight of Earl Grey (a British tea flavour) anywhere around that spot.

Now, let's look at how a powerful Indian advertisement, promoting good Indian tea, can make a difference. You might have come across this advertisement circulating on social networking sites on Ganesh Chaturthi recently.

It's simply done. A man enters a workshop-cum-display-cum-sale space meant for Ganesha idols. He has come to take the idol home for worship. It's supposed to be a very special moment for any Hindu celebrating this festival.

There are beautiful Ganesha idols all around. Every idol seems to be talking. The silence between humans should do the talking. But just then, words arrive.

In the course of his interaction with the idol maker, the man realises that the idol maker is the metaphorical "other". He is not a Hindu. He is a Muslim.

Should the Hindu man be surprised that the idol maker is a Muslim and sculpts depiction of Ganesha? Should he decide to wriggle out of there --- at once? Interestingly, he surprises by instantly showing surprise.

Should he come across as culturally unaware, bewildered, disconnected from his own environment, and fairly indifferent to the large-heart approach of the idol maker to a deity and Hindu beliefs? An uncomfortable urge to retreat, to wriggle out, overpowers him.

But, just then, freshly brewed Indian chai from the gentle and warm "other" dissolves the awkwardness.

The tea, it is shown, melts the Hindu's bias and hesitation. Suddenly, he starts smiling, starts acknowledging the presence of the "other", and seems transformed.

A new stereotype is born.

There should be ads that speak the other side of the story. Say, a Kashmiri Pandit pouring tea carried from Delhi's Pamposh Enclave to his once-upon-a-time neighbour in Srinagar.

But as a trend in Indian advertising suggests, preaching on harmonious cultural co-existence is a thing meant only for the middle-class Hindu.

And the most auspicious time for tutoring him into it is his own festival --- through the mirror effect.

Somehow, situations where the Hindu is cornered or suffering, are not considered suitable for backdrops in the powerful and socially transforming Indian advertising.

The "other" never really faces the mirror. It is not designed for him.

How many forward-looking advertisements have come up to reflect hope and restoring of lives for Kashmiri Pandits, and Ladakhis, and Dogras and people of Tibetan roots in the days following the abrogation of Article 370 and Article 35?

Positivity has a date. Delay of positivity in ads should be seen as denial of hope.

This advertisement, as is mentioned on YouTube, came in 2015.

The Excellent Portrayal Of Values

Santoor, the stringed musical instrument with a hundred strings, must find home and takers in Kashmir. It traditionally belongs there. Two generations of Kashmiris have remained largely untouched by the celebration of their own heritage.

No one said or conveyed this loudly, clearly, and powerfully --- except a brilliant tea advertisement.

The first shot in the thought-provoking ad is set in the calm of the Dal Lake. A Kashmiri houseboat and a shikara are shown floating on its still surface. The sound of morning prayers filters through the mist.

The strings of the santoor, they seem tuned to raag Vasant Mukhari (it's a morning raag, the context has a deep meaning).

Before ace santoor artiste Rahul Sharma, who is the star featured in the ad, hits the strings with mallets made of walnut wood, the tea is poured. Sharma is about to begin the morning riyaz (practice) when a young boy on the shikara approaches him.

He asks Sharma, "Ise kaise bajaate hain (how do we play it?)".

The boy's question is loaded with meaning, hope and positivity, just as this advertisement is. Sharma chuckles a bit. And he starts playing the santoor. The sound of santoor reaches men, women and children.

They navigate their shikaras faster, towards the source of music, from all directions.

Among them is a man who is carrying the Kashmiri rabab on his shikara. He catches up with the composition on the rabab.

When Sharma opens his eyes after finishing the composition, he sees rows and rows of shikaras for his audience. It's a floating concert.

The young boy shouts ecstatically, "Wah, ustad, wah!" The context and backdrop become even more important four years after this ad was made.

The abrogation of Article 370 and Article 35 could possibly usher in a positive change in Kashmir --- making the Kashmiri people, especially the youth, draw closer to their own music, musical instruments and culture.

This ad is a good representative of change.

Santoor has a wide history that also spreads on the world map, mainly to the west of Kashmir. To the Indian classical music scenario, it came from Kashmir.

Pandit Shiv Kumar Sharma, who is credited for popularising it, was born in Jammu. He has collaborated with artistes from Kashmir, Iran and several other Islamic countries in his sprawling journey in music. So has his son and disciple, Rahul Sharma.

This advertisement featuring Sharma, in a way, turns us to a tradition lost and found.

This particular ad series has its own legacy of involving Hindustani classical music and related artistes, mostly the popular ones.

Back in the 1980s, Ustad Zakir Hussain was featured in it with Aditya Kalyanpur, a tabla artiste who was a young boy then.

The year this ad became popular, it found itself running between public service broadcast messages on communal harmony --- a couple of them featuring top actors from Hindi and non-Hindi film industry.

Hussain sahab is a star in his own right. And naturally, "Wah Taj" secured its own place in our hearts.

The identities and roles of musicians and people cast in these ads were never really seen in the prism of religion --- as music isn't --- largely. Hindustani music in particular.

The Different Standards For 'Aam' And 'Khaas'

Fine music and finer tea are for the elite --- this perception has stayed firmly in our cultural narrative. The ‘aam aadmi’ feels that something 'khaas', like this beautiful advertisement, is not for him. It is unlikely that the positive advertisement on Kashmir has reached an audience wider than the ad built around Ganesh Chaturthi.

Why is there a stark difference in the standards and messaging of advertisements of the same commodity (and the same house) for people who consume it?

Does it point to a class divide in ad making?

The Hindu aam aadmi would easily connect with the Rahul Sharma ad. Identifying with Sharma's creative courage even without knowing what the santoor is. Yet, he is offered the less finer advertisement, that too on his festival.

Risking pleasantness in creativity for making waves in the market also indicates that one community is easy to target on festivals and naturally, then, is easy to offend.

Look up some popular Pakistani ads featuring some of the popular fast-selling products and brands. You will step upon oodles of natural delight lighting up a big and united happy family of folks.

There is no room for and need for addressing the cultural and communal bumps, blip, blunders in that society. Everything seems perfect there.

The festival of stereotyping and tutoring Hindus on an ingrained value system must end.

Hindus keep this nation glued together with some help from other communities, just as Rahul Sharma keeps the people on the shikaras on the Dal Lake, with his heritage.

Makers of advertisements targeting Hindus on their festivals must remember that. As for Hindus, they must shun the repeated appropriation of their festivals and deities.

This can be done when they count positive messaging of Hindu values in advertisements as a cultural plus point.