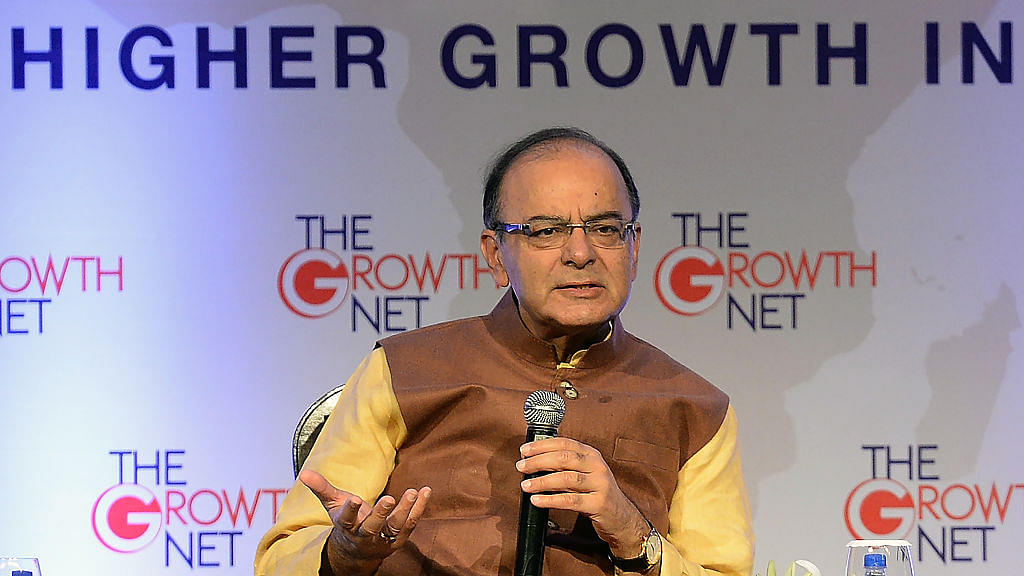 Rs 2.11 Lakh Crore Lifeline For Public Sector Banks: The Union government on Tuesday unveiled an ambitious plan to pump in Rs 2.11 lakh crore capital over the next two years into public sector banks (PSBs), saddled with high and non-performing assets. At a press conference held by Finance Minister Arun Jaitley, Banking Secretary Rajiv Kumar said the government will infuse Rs 1.35 lakh crore through recapitalisation bonds and Rs 76,000 crore through budgetary support and market raising. Jaitley said the capital infusion will also be supplement with banking reforms, and outlined steps that the government has already taken in that direction. Secretary Kumar said banks are ready for a take-off due to strong economic fundamentals, and push to public investment in infrastructure and strengthening the country's banking system will result in more jobs, growth and investments.

TRAI Green Light For Internet Telephony: In a step that may bring down voice calling charges, Telecom Regulatory Authority of India (TRAI) has clarified that internet telephony — including voice calling — can be provided by telecom operators using any internet connection and not just through their own networks. The move is going to benefit customers, as call charges are likely to come down to as low as 6-8 paisa per minute as the calls will be made over the internet, where the cost is negligible. Explaining the process of internet telephony, a TRAI official said, "For example, an Airtel customer may decide to use Wi-Fi of MTNL or BSNL when he wants to make a call. Presently, there is no provision for this. But through an internet telephony player, he will now be provided such a facility through an app which he may download on his smartphone and use whenever required. The number of the caller will be same as his original number."

New-Look Rail Website And App For Faster Ticket-Booking On Way: To ensure faster and easier ticket-booking and help passengers plan their travel better, the Indian Railways is set to launch a revamped website and new Android-based Indian Railways Catering and Tourism Corporation (IRCTC) mobile App. The state-run transporter aims to gather a larger chunk of business through its new website and mobile App from other travel websites and apps. The new website will be passenger-friendly, clutter-free with easier log-in and navigation and will not have the problem of getting timed out during booking of a ticket. The new features being introduced include display of confirmed tickets and dates to help plan journey by relying on data analytics and also curb misuse of facilities such as Tatkal. The transporter has also plans to start a mechanism to send SMS alerts to travellers about arrival and departure of trains on a real-time basis.

Kashmiris Want Complete Freedom, Says Hurriyat: The top leadership of separatist Hurriyat Conference said on Tuesday that the people of Kashmir will not accept anything less than freedom and will continue their resistance till the last Indian soldier leaves the state. The Hurriyat’s assertion came a day after the Union government named former Intelligence Bureau chief, Dineshwar Sharma, to lead talks to end a nearly three-decade-long insurgency in Kashmir. The statement, signed by Syed Ali Geelani, Mirwaiz Umar Farooq and Yasin Malik, said India “forcibly occupied” the state of Jammu and Kashmir on 27 October 1947 “without any constitutional and moral justification”, referring to the day Indian soldiers landed in Kashmir to repulse invading Pakistani tribesmen. The separatists also called for a ritual shutdown on the 71st anniversary of the day. The Hurriyat is an umbrella body of several groups fighting for Kashmir’s secession from India.

India Planning 50 Outposts Along China Border: The Union Home Ministry is considering a proposal to build 50 more border outposts along the India-China boundary. Union Home Minister Rajnath Singh said on Tuesday that work is going on at a fast pace on 25 roads in Arunachal Pradesh, Himachal Pradesh and Uttarakhand to connect the border outposts. “Arrangements are being made to make sure that every Indo-Tibet Border Police jawan/officer knows basic Mandarin language at training level so that they don't face language issues at the border during face-offs with Chinese People's Liberation Army," he said and added that a model border post is being constructed at Ladakh and if it is successful, the same model will be implemented at all border outposts. The ministry has also made ITBP the nodal force for use of G-SAT communication and surveillance satellites for monitoring Indian borders from the sky.

Trump’s Refugee Ban Ends, New Screening Rules On Way: The US administration is prepared to unveil tougher new screening procedures as President Donald Trump’s four-month worldwide ban on refugees ended on Tuesday. Refugees seeking entry to the US will face what officials described as more stringent and thorough examination of their backgrounds, in line with Trump’s “extreme vetting” policy for immigrants. The Homeland Security Department, the State Department and other US agencies have been reviewing the screening process during the temporary ban. The new screening procedures will be announced shortly, said a State Department official. The refugee restrictions were in addition to Trump’s broader “travel ban” on people from several countries. Courts have repeatedly blocked that policy, but largely left the temporary refugee policy in place.

Classical Singer Girija Devi Dies Of Cardiac Arrest: Eminent classical singer and Padma Vibhushan winner Girija Devi died at a hospital in Kolkata on Tuesday following a cardiac arrest. She was 88, and survived by a daughter. “Girija Devi’s condition was quite critical when she was brought to the hospital. She was admitted to the CCU and was under constant watch. But she passed away at around 8.45 pm,” BM Birla Heart Research Centre spokesperson said. Prime Minister Narendra Modi condoled her death, saying the singer’s music appealed across generations and her pioneering efforts to popularise Indian classical music would always be remembered.

Eradicate Terrorists, US Tells Pakistan: In a blunt message to Pakistan, US Secretary of State Rex Tillerson told the country to increase its efforts to eradicate terrorists operating from its soil. During a meeting with the top civil and military leadership, Tillerson “reiterated President Trump’s message that Pakistan must increase its efforts to eradicate militants and terrorists operating within the country”. Besides Prime Minister Shahid Khaqan Abbasi, the meeting was attended by army chief Gen Qamar Bajwa, Inter-Services Intelligence head Lt Gen Naveed Mukhtar, foreign minister Khawaja Asif and interior minister Ahsan Iqbal. Outlining the new strategy for South Asia, Tillerson referred to the “vital role” Pakistan could play in working with the “US and others to facilitate a peace process in Afghanistan that can bring stability and security to the region”.

Putting Industrial Policy Experience To Use: Detailed studies of industrial policy strategies show that more recent initiatives have been different from the import substitution era. Several specific insights since the 1980s are available and could be an important part of any large-scale industrial policy initiative.

Making Sense Of RBI’s Interest Rate Policy: The Reserve Bank of India has come under a lot of fire for misreading the inflation situation. The Indian debate on interest rate policy is currently suboptimal because not enough attention is paid to estimates of future inflation.

Is India Ready To Face US Heat On Bilateral ‘Trade Imbalance’? The US has complained incessantly about input subsidies provided to farmers in India at the World Trade Organization. There is a pattern in the US’ trade demands which seldom change, regardless of the administration in power.

Thomas Piketty’s Inequality Theory Gets Dinged: Thomas Piketty constructed measures of income and wealth going back centuries and covering a number of different countries. It’s always important to remember the difficulties and dangers in crafting all-embracing narratives of economic history.

National Anthem U-Turn: SC’s Mood Swings Are As Unpredictable As Weather: The Supreme Court has just proven that it can be as wayward and changeable as the weathervane. It has not improved its legitimacy one bit by changing its mind so frequently.