India’s Surgical Strikes: What They Can And Cannot Achieve 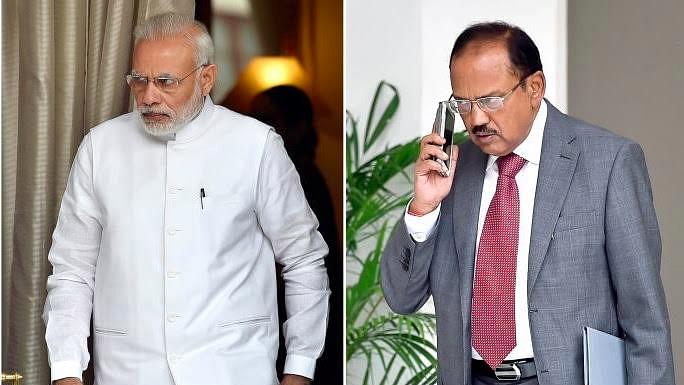 On his first day of the visit to the United States of America, Indian Prime Minister Narendra Modi spoke of how India conducted surgical strikes on terror launch-pads in Pakistan occupied Kashmir (PoK) and that the world did not question them, realising that while “India practices restraint,” it “can show power when needed.” This was another instance when the Indian government showcased surgical strikes conducted by the Indian Army in September 2016 as a military response to terrorism and Pakistan for using terrorists as proxies against India.

Do the surgical strikes of September 2016 meet the two primary objectives with which India seeks to militarily respond to Pakistan – deter Pakistan’s sub-conventional war, and assuage domestic public anger?

Based on the assessment of developments that followed the surgical strikes in India and Pakistan, this article concludes that while surgical strikes fail as a tool of sub-conventional deterrence, they meet the objective of pacifying Indian public anger. It also argues that in looking at their utility in response to all forms of terrorist activities, they must be seen not just as a standalone tool but a part of New Delhi’s larger approach to dealing with issues of national security, especially with regard to Pakistan.

India’s objectives behind the surgical strikes

Apart from the primary objective for having conducted the surgical strikes in September 2016 – eliminate and destroy terror launch-pads in PoK across the Line of Control (LoC), there are two objectives which can be derived, from not just the assessment of these surgical strikes, but the larger Indian quest for military response to Pakistan’s sub-conventional war. These are—to deter Pakistan’s sub-conventional war and to pacify Indian public anger.

The initial reaction of former Indian National Security Advisor, Shivshankar Menon, then as Foreign Secretary of India, following the Mumbai terror attack of 2008 captures this well. In a conversation with then Minister of External affairs, Pranab Mukherjee, Menon had stated that “we should retaliate, and be seen to retaliate, to deter further attacks, for reasons of international credibility and to assuage public sentiment.”

Although Menon, in his book Choices: Inside the Making of Indian Foreign Policy, goes on to explain how not retaliating militarily against Pakistan following the Mumbai terror attack was the right decision, he admits that “should another such attack be mounted from Pakistan, with or without visible support from the Inter-Services Intelligence (ISI) or the Pakistan Army, it would be virtually impossible for any Government of India to make the same choice again.”

While another 2008 Mumbai-style terror attack has not happened, the pressure on the Indian government to militarily respond to other smaller terror attacks perpetrated by actors based out of Pakistan has increased over the years.

The challenge for New Delhi has been to develop a military response that does not cross Pakistan’s nuclear threshold, owing to the latter’s credible nuclear deterrence. It was the reason why the Indian army started planning a doctrine of waging a low-scale and swift conventional attack, known as the Cold Start doctrine, as early as 2004. While doubts have been raised on whether India has the wherewithal to implement such a doctrine and while the civilian government in New Delhi is yet to acknowledge the existence of it, Pakistan has attempted to block the possibility of India implementing it in future by lowering its nuclear threshold and introducing tactical nuclear weapons.

In answering this question, the ground impact of the surgical strikes and various reactions from Pakistan must be assessed.

As far as the real impact on Pakistan is concerned, the surgical strikes did not have any to be labelled significant. As serving and retired Indian Army officials have mentioned in interviews with the author, the terror launch-pads targeted are essentially small huts and tents where terrorists are stationed before they attempt to infiltrate into India and their destruction, thus, would inflict negligible infrastructural costs on the terrorist groups using them.

On the number of terrorists killed, while the Indian government and army did not disclose any figure officially, media reports claimed the death of 38, including two regular soldiers of the Pakistani army. This number too remains insignificant. It is also unlikely that Indian army commandos, conducting the surgical strikes, managed to either secure or destroy all arms and ammunitions present at those terror launch-pads. Considering claims of Indian intelligence reports that Pakistan invested more than Rs 100 crore in creating unrest in Kashmir in the year 2015-16 alone, real damage inflicted by Indian surgical strikes of September 2016 appears negligible.

Meanwhile, apart from few Pakistani security analysts remaining doubtful over India’s claim of conducting surgical strikes, most, including from within and outside the Pakistani establishment dubbed the Indian claim as fabrication of the truth. This includes reactions from the Pakistan army’s official mouth-piece, the Inter Services Public Relations, then Chief of the Pakistani Army, General Raheel Sharif, and Defence Minister of Pakistan, Khawaja Asif, among others. While calling Indian claims false, they also hinted that Pakistan would conduct surgical strikes if provoked. Along similar lines, the chief of the Jamat-ud-Dawah, Hafiz Saeed, accused by India of having masterminded the Mumbai terror attack, and announced at a public rally in early November 2016 that Mujahideen would carry out such surgical strikes which India would remember.

Thus, considering both the military and political impact of Indian surgical strikes against Pakistan, it cannot be argued that they had any impact which can be construed to capture their utility in deterring Pakistan’s sub-conventional war.

The short answer is yes.

Going back to Menon’s argument on the need for India to militarily respond, he too stresses that “we should…be seen to retaliate.” That is precisely what the Narendra Modi government did in September 2016. While media reports note that Indian army has conducted similar strikes in the past as well, it was the first time following the strikes of September 2016 that the Indian government publicly claimed to have sanctioned them. This certainly helped New Delhi pacify Indian public anger which was at a high following the terror attack at the Indian army headquarter in Uri on 18 September, 2016.

Would surgical strike be an appropriate response to a Mumbai-style attack?

Perhaps not. It is important to note here that the targets of the surgical strikes of September 2016 were terror launch-pads. Unless Indian intelligence is able to credibly prove that terrorists gathered across the LoC belong to the same terrorist organisation which perpetuates a Mumbai-style terror attack in future, the Indian government would not be able to justify another set of surgical strikes as the appropriate response.

It is another matter that India conducts surgical strikes with deeper penetration into the Pakistani territories, de jure or de facto, and eliminates key figures from the perpetrating terror group. That would, however, require capabilities and intelligence which India may not have at this point in time.

Also considering that the real damage inflicted is so low, New Delhi may not able to claim that through surgical strikes it managed to significantly hurt the larger terror framework that exists in Pakistan.

Surgical strike is not a standalone tool for New Delhi

While a surgical strike may not be the appropriate response to a Mumbai-style terror attack, it must not be seen as a standalone tool available to New Delhi. Looking at it in the larger context of India’s evolving approach to national security, especially vis-à-vis Pakistan, surgical strikes can be seen as India’s attempt to make its response to Pakistan’s sub-conventional war unpredictable – unpredictability traditionally being Pakistan’s forte in the dyad.

It also forms a part of the shift in India’s approach from defensive to defensive-offence which was articulated by the current National Security Advisor, Ajit Doval, at a public speech just before he assumed office in 2014. In the same speech, Doval had also issued a threat that if Pakistan conducts or is found involved in another Mumbai-style terror attack, then it will face consequences in Balochistan – a direct reference to India supporting the ongoing secessionist movement therein.

Indian government’s open acknowledgement of having sanctioned surgical strikes in September 2016 mark the beginning of an era when India and Pakistan will both engage in asymmetrical war as deterrence freezes prospects of conflicts at nuclear and conventional levels. While the risk of escalation remains, the same risk would ensure that India and Pakistan continue to limit their military operations well short of a conventional war.

Arka Biswas is Nuclear Weapons Policy Analyst at the Observer Research Foundation. He is also one of the coordinators of the Asian Forum on Global Governance (AFGG), an annual forum organised by ORF and ZEIT Stiftung.