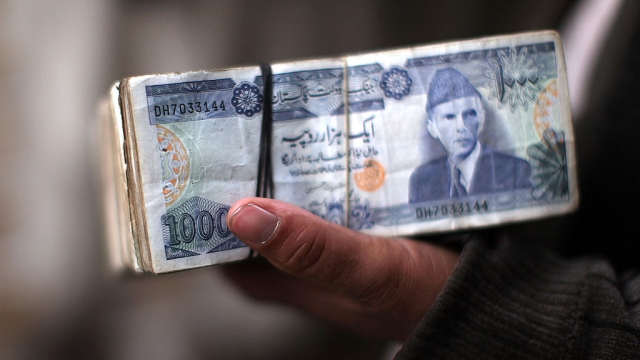 The events following the Uri terrorist attack have witnessed many diplomatic manoeuvrings by both India and Pakistan at the United Nations that continued at other international forums too, and are still on. However, the emerging opinion points to the fact that the conventional superiority notwithstanding, India should not engage militarily with Pakistan beyond destroying the Pakistan-occupied Kashmir (PoK) based terrorist camps.

The advantage of ‘escalation dominance’ seemed to have rested with Pakistan so much as that it would scare the world of a nuclear holocaust in the Indian subcontinent in the event of any military action across the Line of Control (LoC).

However, that perception has now been broken after the surgical strikes on PoK’s terrorist launch pads on the night of 28 September 2016.

India, later, unilaterally announced that its purpose of neutralising terrorists has been met and it does not want any further escalation and rather called upon Pakistan to join the fight against the terrorism in this part of the world. As a responsible democracy, India would not risk its reputation by going against the generally prevalent opinion of war not being option to settle the bilateral issues between India and Pakistan.

Post the strike, the Indian strategic planning has to move on to a new turf, an all out diplomatic offensive and a complete destruction of terror support system within the country. This would incorporate the adoption of a state-of-the-art technology for border management to check the infiltration and an unforgiving, ruthless crackdown on terror financing. This India can do and it must do so.

The terror support system mainly includes terror financing and local networking. Actionable intelligence gathering and sharing can take care of networking part, but the flow of terror funds require constant vigil by the enforcement agencies without a blink of eye.

Vivek Chadha in his book Lifeblood of Terrorism: Countering Terrorism Finance writes, “a major part of funding for terrorism from external sources comes through counterfeit currency, drug trafficking, charities, non-governmental organizations (NGOs) and finally as a result of state sponsorship by Pakistan. In the case of counterfeit currency and drugs, the funding process starts with production. The initialization is different for NGOs and charities, where it begins with the collection of funds. This can be open and legal as done through zakat, or clandestine and illegal. The next stage sees the transferring of funds into India. Finally, once the transfer has been completed, money is received by terrorist groups and their front organizations.”

Terrorist activities require funding for a wide range of stores, training, logistics, explosives, arms and ammunitions, surveillance, communication gadgets, setting up training camps, acquisition of inflammatory jihadi materials, day to day and post death payments, travel etc. Besides, the terrorist organisations also have to spend on their dedicated websites and social media for the recruitments of new cadres and propaganda.

The 9/11 attacks’ cost of $500,000 was funded through bank transfers, cash movements, credit/debit cards and the Al Qaeda was able to mobilise the funds using mostly the legal financial channels posing a serious challenge to enforcement agencies. The 1993 Mumbai blast investigation revealed that firms in Dubai at the behest of Dawood Ibrahim channelled the fund meant for the attack through legal NRI account of Yakub Memon in Bandra, Mumbai. The terrorist attacks on Mumbai suburban trains in 2006 were funded with Rs 1.2 crore from Saudi Arabia through SIMI members using a hawala chanel. A Muscat-based travel agent Abu Harron sent money through hawala channels for the 2008 Mumbai attacks.

The terror network can also use Money Transfer Service Scheme (MTSS) like the Western Union to transfer funds. These funds can be drawn in cash, sent to supporters and then channelled for terrorism. In India about 67 per cent of transactions in retail sector is through cash only. This makes the tracing of the money trail all the more difficult.

Raja Lahrasib Khan a Pakistan born Chicago taxi driver, was arrested in March, 2010 for sending $930 to a contact in Pakistan with further instructions to deliver approximately $300 to Ilias Kashmiri to support terrorist attacks on India. Saudi Arabia arrested an Indian Mujahideen financier Fasseh Mahmood in 2012 for sending funds to India for terrorist activities.

The United Nations has taken some measures in the direction of checking terror finance. The International Convention on Suppression of the Financing of Terrorism (ICSFT) came into force in 2002. It requires each country to criminalise the funding of terrorist activities under its domestic laws, seize terrorists’ funds, and lay down a framework for financial institutions to cooperate with other countries in investigation and follow up on crimes related to such activities. The UN Security Council Resolution 1373 of September 2001 mandated an establishment of a permanent counter-terrorism legal and executive infrastructure and called upon all members to join the ICSFT.

Financial Action Task Force (FATF) is an inter-governmental body set up in 1989 whose purpose is the development and promotion of policies at national and international levels, to combat money laundering and terrorist financing. There are 40 FATF’s recommendations and nine special recommendations that provide the best investigation and intelligence tools to gather financial information. India is a member of FATF, but unfortunately most of its recommendations have not been incorporated by the Indian Parliament in the original Prevention of Money Laundering Act, 2002, and even after its amendment in 2005.

In India, the act of money laundering is not an isolated offence per se. A conviction in the scheduled offence preceding the act is a must to convict anyone under money laundering. On the contrary, the US has “The Uniting and Strengthening America by providing Appropriate Tools Required to Intercept and Obstruct Terrorism (USA PATRIOT) Act of 2001” that establishes money laundering as a federal crime; criminalises the financing of terrorism and requires financial institutions to adopt due diligence.

The United Kingdom too has a robust anti-money laundering system in ‘Proceeds of Crime Act 2002’ (POCA) which provides for a single set of money laundering offences applicable throughout the UK and it opens up new legal avenues to prosecute those associated with criminal finance.

India has to draft and embark upon a multipronged strategy to counter terror finance. This would incorporate a strong preventive legal regime which can stop, pre-empt, desist or discourage individuals, groups or countries from financing terrorism. The action must begin by Indian authorities, friendly countries and international bodies before the actual commencement of the process associated with terror finance. This can be done at the time of collection, transfer, storage or distribution of funds in all its manifestations including cash, goods or electronic transfers. This must aim to neutralise the network that supports and aids terrorism.

Lastly, an effective prosecution system must be in place once a case of terror financing is detected, whether before or after the terrorist act. It should go after the money trail, and build a strong case to enable conviction.

The best scenario would be to have a deterrent statutory regime that guarantees a certain conviction. In any case, if a process of terror finance is initiated, the country should be in a position to intercept and bring the perpetrator of the crime to justice.

This piece was first published at the Indian Defence Review. You can read the original piece here.