10 Reasons Why High Oil Taxes Are Good For India 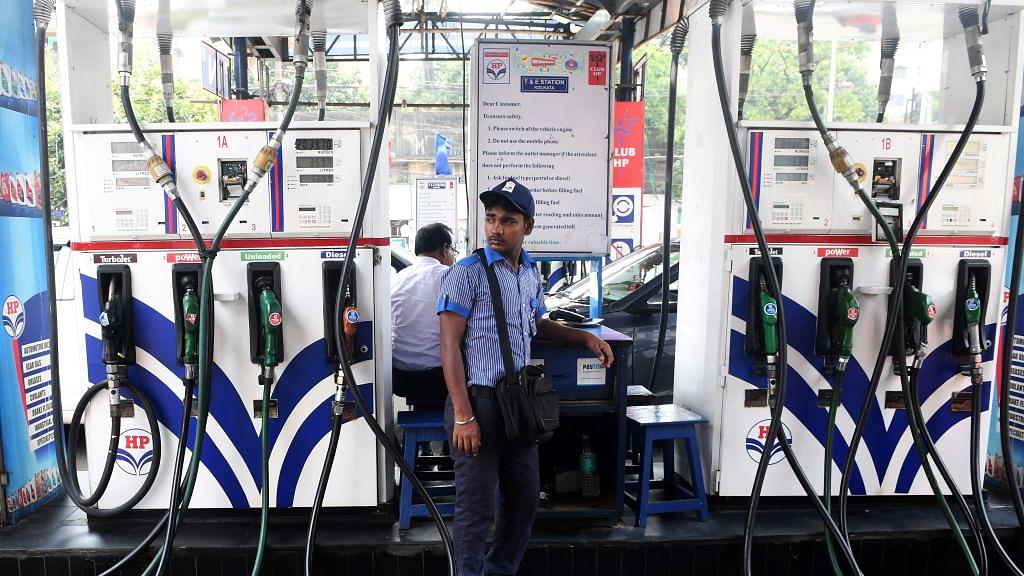 An Indian petrol pump attendant waits for customers at a gas station in Kolkata on June 16, 2017. (DIBYANGSHU SARKAR/AFP/Getty Images)

It is a pity that the media is beginning to question what has been one of the most successful shifts from administered pricing to market-determined pricing in Indian history: the deregulation of petrol and diesel, and the gradual elimination of subsidies on cooking gas and kerosene. Today, we now have daily changes in pump prices, and this is a good situation to be in.

Deregulation was attempted first by NDA-1, but the approach of the 2004 elections forced Atal Behari Vajpayee to roll it back after successfully testing it in a limited way earlier. Under UPA, even the pretense of deregulation was given up, and over its 10-year rule, petro-goods subsidies totalled over Rs 8,50,000 crore. It was this huge subsidy bill that broke the back of central finances in the second half of UPA-2.

So, it is a bit foolish to question the efforts of this government to tax oil products higher so that it does not lead to over-consumption of this imported commodity, even while making resources available for other budgetary needs, including building infrastructure. In 2016-17, states and centre together collected over Rs 4,63,989 crore in petro-taxes, and seeking to roll this back would not only be needlessly populist, but also detrimental to the long-term interests of the country.

Petroleum Minister Dharmendra Pradhan, who has heralded this shift, needs to be congratulated for sticking to his guns and saying that there is no move to curtail the pricing freedom to oil marketing companies. Narendra Modi should stand by him, come hell or high water, or state assembly elections.

While it is true that much of the current high pump prices of petrol and diesel is accounted for by taxes, this is one case where high taxes are warranted. Here are 10 reasons why one says so.

#1: India’s demand for petro-goods is insatiable, and inelastic. India imports over 80 per cent of its oil requirements, and despite stiff taxation, demand for petro-fuels grew 5 per cent in 2016-17, even after pencilling in a general economic slowdown, amplified by demonetisation. Petrol demand grew 8 per cent and diesel 1.8 per cent last year. It is a fair assumption that if taxes were lower and reflected the global movement in crude prices, demand growth would have been faster. This would not only have pushed up our import bill, but also increased our dependence on unstable Gulf suppliers. In fact, this year, despite the slowdown, diesel demand is expected to explode as more highways get built, and goods movement picks up after the slowdown.

#2: Cheap fuel is detrimental to ecology. If the worldwide trend is to move away from fossil fuels to cleaner forms of energy, India’s fuel taxation policy is sane and sensible. Also, India’s urbanisation needs call for more public transport, and bringing petrol prices down just to appease a middle class population can be ruinous. Anyone who has tried commuting in cities like Delhi, Mumbai and Bengaluru knows that pollution levels are simply too high, and encouraging more cars to ply on the roads by keeping petrol taxes lower is suicidal. It is hypocrisy to argue in favour of taxing big cars and SUVs more and then making fuel cheap for cars in general. Big cars will benefit the most from lower fuel prices.

#3: The sharp difference between petrol and diesel prices (Rs 79.5 a litre in Mumbai for petrol and Rs 62.4 for diesel, and Rs 70.39 and Rs 58.74 in Delhi) suggests that public policy on taxation is more or less right. Private vehicles, the main users of petrol, are being taxed more than public vehicles, which use diesel.

#4: Levying high taxes when crude prices are low is sensible politics and reasonable economics. Everyone knows that when global prices fall, it is easy to cut prices. But when global prices rise, it is politically difficult to keep raising prices. The NDA under Modi has done the wise thing by recouping some of the global price falls by aggressively raising taxes to ensure that pump prices don’t fall too much. This tax cushion means that when, and if, global prices rise, taxes can be cut to soften the blow. This is not only sensible politics, but sensible economics too. If the UPA had raised prices steadily when global prices were soaring, it would not have had to raise prices drastically after January 2013, when subsidies were killing off the government’s ability to not only finance infrastructure, but also social programmes. The slowdown that began under UPA began due to its failures on the oil pricing front. The NDA is not repeating that mistake.

#5: High taxes on oil enable higher public investments. In his last budget speech, Finance Minister Arun Jaitley said that Rs 3,96,135 crore would be spent on creating and upgrading infrastructure this year. Some of this will be internally generated by the roads and railways ministries, but a lot of it will come from the petro-taxes collected from automobile users. Without these taxes, the government’s ability to push public spending to keep the economy growing would have been non-existent. Robbing automobile users to pay road rail track builders is a reasonable tradeoff in terms of public policy. The former burns fuel and causes pollution, the latter aids growth and employment.

#6: High petro-taxes make it more economical to switch to renewable sources of energy. No one in his right mind will opt for wind power or solar energy if oil is cheaper. Worldwide, it has always been observed that when crude prices crash, investments in renewable energy crash with it, since oil suddenly becomes more economical to use. If we agree that we need to shift faster to renewable and more eco-friendly sources of power, it makes no sense to let oil prices fall through lower taxes.

#7: High fuel prices shift demand towards more fuel-efficient cars. This is self-evident, and the reason why Maruti Suzuki is so dominant in Indian markets is its focus on smaller cars. If electric cars are ever to become the first choice for Indians, high petrol prices will be crucial to winning the argument.

#8: Market-determined pricing is the key to preventing adulteration. When kerosene was too cheap, and diesel was subsidised, diesel was adulterated with kerosene. Today, when kerosene prices are being increased by the month, this adulteration is reducing, especially as the availability of kerosene is being curtailed in markets where cooking gas is expanding coverage.

#9: A healthy oil sector needs freedom to price its products according to market conditions. Today, if oil marketing companies have healthy stock market valuations, it is because the Modi government has given them pricing freedom. They are finally profitable, after years of depending on government for subsidies.

#10: Lower petro-fuel prices are a direct invitation to jihadi Islam. Stop for a moment and think who gains if petro-fuels demand in India grows by leaps and bounds due to lower taxation. Most of our oil comes from the Gulf, including Islamist states like Saudi Arabia, Iran and Iraq. Higher demand means enriching these Islamist governments, which means the surpluses generated in their budgets will partly be spent on promoting Islam and jihadi groups and mosques and madrassas. It is not in India’s, or the world’s interest, to enrich the Islamist sheikhdoms of West Asia. It is in our interest to shift as fast as possible away from fossil fuels, to renewable sources or nuclear power, so that these Islamist nations do not have the luxury of easy money with which to promote jihad around the world.