After The Floods: Micro-Managing The Revival Of Kerala Economy 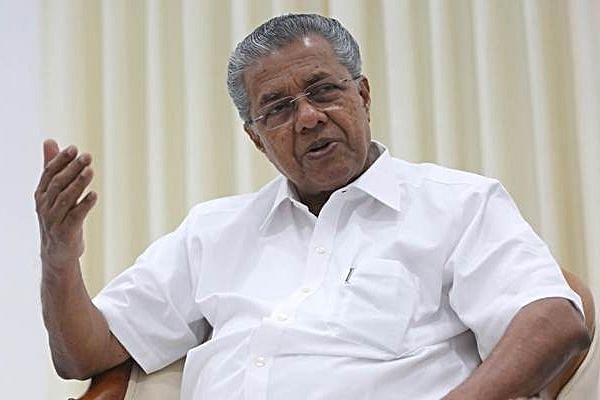 Kerala has been reeling under the effects of the worst natural calamity to hit the state in almost a century. Torrential rains flooded the state causing widespread destruction of life and property, with almost 500 casualties. The state has been dealt with significant infrastructure and revenue losses. A preliminary damage assessment by World Bank and Asian Development Bank pegged the losses at Rs 25,046 crore. As the natural progression in the aftermath of any calamity, we must now look towards the next phase of rehabilitation and rebuilding. In this regard, the state government has predominantly targeted its fund-raising activities from the citizenry through voluntary contributions and the state’s famed lotteries; however, this need not be the fastest road to recovery. A closer look at the driving forces of the Kerala economy is critical to decoding the situation.

The sector-wise contribution to the gross state value added (GSVA) shows the dominant role played by the tertiary sector (63 per cent). The economic activities that contribute significantly to the GSVA are trade and hotels (17.07 per cent); real estate (16.28 per cent) and other services including education, healthcare and recreational activities (11.63 per cent).

The dominance of the tertiary sector substantiates the consumption oriented nature of the Kerala economy. The state has one of the highest monthly per capita consumption in the country, fuelled by remittances from abroad. Despite an overall declining trend, the highest share of India’s total remittances flows into Kerala (19 per cent). These remittances are an important element in the private consumption expenditure in the state and would be a great support to the affected families. It could be argued that the total remittances to the state would largely remain unaffected by the calamity, though an immediate increase in the short term could be expected owing to the rehabilitation efforts.

The state’s private sector is an equally important driver of the economy. Employing more than 50 per cent of the organised workforce, the private sector has a great role to play in pumping money back into the market. This is particularly evident from the employment trends in the private and public sectors. Private sector employment has been steadily increasing from 4.99 lakh (2011) to 6.13 lakh (2017) while the workforce in the public sector has been declining from 6.12 lakh to 5.6 lakh during the same period. The services sector is also the largest employer in the state. Approximately 60 per cent of the private sector workforce is involved in tertiary activities.

The tertiary sector is a vital element in Kerala’s economy. The mushrooming retail and hospitality sectors are testament to the same. The service industry thus fuels economic activity in the state and consequently provides income to households. Thus the tertiary sector and individual household consumption are integral pieces to the “Rebuilding Kerala” puzzle.

Service Sector At The District Level

While the calamity has wreaked havoc across the state, certain districts are more severely affected than others viz. Idukki, Wayanad, Ernakulam, Pathanamthitta, Alappuzha, Malappuram, Thrissur and Palakkad. Similar to the trend found at the state level, the greatest share in the respective district gross value added comes from the tertiary sector (Table 1). A district-wise comparison of foreign remittances also signals a similar disparity with certain districts receiving a greater share.

Foreign remittances play an important role in household consumption and consequently have a significant impact on the value of goods and services produced. From Table 1, it is clear that districts such as Malappuram and Ernakulam have a strong services sector as well as high remittances. Malappuram and Pathanamthitta are also among the districts having the highest share of households with at least one emigrant, 36 per cent and 27 per cent respectively.

In the immediate aftermath of the calamity, households would use savings to meet their replacement demand; however, this liquidity would only be maintained as long as private spending is sustained in the market. In a state with a highly-formalised banking system, households would hold most of their savings in banks. Some of the severely-affected districts were found to hold a high share of the total bank deposits in the state. For instance, 20 per cent of the deposits in scheduled commercial banks across the state are held in Ernakulam. Thrissur and Pathanamthitta have a share of 12 per cent and 8 per cent respectively. While the spending pattern in these districts would undoubtedly change, the overall spending capacity would not be overly affected.

The prognosis for certain districts, on the other hand, could be worrisome viz. Idukki and Wayanad. These districts have the lowest remittances at less than Rs 1,000 crore. They also have the lowest share of deposits (1 per cent) held in scheduled commercial banks and the highest credit deposit ratio of over 100 per cent (State Economic Review, 2017). The limited remittances and deposits could severely affect the liquidity in the market as people would now have lower disposable incomes. The extent of damage in these districts would have severely impacted their livelihoods as well, further curtailing market activities. With the major share of GVA to both districts coming from trade and hotels, the economic impact of the calamity could be significant. The disparity across districts, in terms of damages, warrants future discussions on differential compensation for the affected families.

It is evident that the service sector is the backbone of the Kerala economy and restoration of this sector is critical to the rebuilding of the state. The private sector clearly plays an important role in employment generation, engaging more than half the workforce. The household income so created, along with the remittances to the state, is the main driving force of the services industry and consequently the entire state economy. The fastest road to recovery would thus entail sustained consumption expenditure as it would mitigate liquidity concerns in the market. In response to the calamity, households may be tempted to take the austere path and curb their expenditure but this would only lead to a slump in demand and slow down the economy.

Now, the crucial question to be answered is whether the rebuilding process should be driven by government expenditure or private consumption expenditure. In Kerala, it would be intuitive for the government to encourage more consumption and commerce in order to revive the economy. Instead, attempts to raise funds from the citizens to undertake rebuilding would mean lower disposable income to the households, many of whom may have even been affected by the calamity.

While there is no denying the need for public expenditure, the main focus of the government should be on creating a conducive ecosystem for the market to revitalise itself. The state should centre its attention on rebuilding infrastructure providing the necessary impetus for the service sector to bounce back and help stimulate the market.

Chithira Rajeevan is a research assistant at Centre for Public Policy Research.