All The Highlights Of MSME Package And Why They Are Important 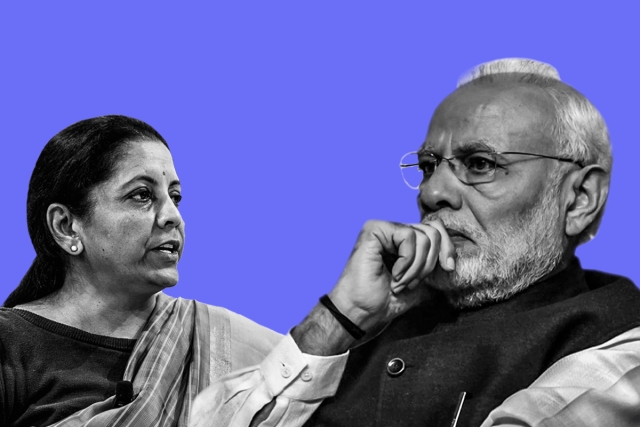 The long-awaited economic relief package for the Indian Micro, Small and Medium Enterprises (MSME) was announced on Wednesday by Finance Minister Nirmala Sitharaman.

This followed Prime Minister (PM) Narendra Modi’s address to the nation on Tuesday night, where he sought to rally Indians for an Aatmanirbhar Bharat.

The MSME support package was long-awaited.

Countries like the United States of America (USA), United Kingdom (UK) and Japan had announced their packages upfront. All of them had a combination of cash transfers, credit guarantees and liquidity enhancement built in.

In India’s case, the announcement focused on credit guarantees and liquidity provision, with no direct wage payment support.

But short of direct income substitution, everything else that the MSME sector has been asking for was included in the package.

The announcements will not have much fiscal impact either in financial year 2020-21 as per the consensus from various economists tracking India.

The mainstay of the package is the Rs 3 lakh crore credit guarantee that the government has pitched in for new loans. These loans will be made available to MSMEs who need credit, could have overdue accounts but are not yet non-performing assets (NPAs).

These loans will have fixed four-year tenure, will have concessional interest rates, with a one-year principal repayment moratorium and will be given automatically without any collateral. Both the principal and interest will be guaranteed by the government.

Indian banking system has excess of Rs 8 lakh crores parked with the Reserve Bank of India (RBI), where the banks earn just 3.75 per cent in interest.

They are not lending to large corporate houses, many of whom are under balance sheet stress. By standing guarantee between the lenders and borrowers, the government is asking the risk-averse banks to bridge the trust deficit which is holding credit expansion.

Even if some firms default, the government will recapitalise the banks and this cost won’t be borne for at least 18-24 months from now. The government is using the banking system to expand the money supply by backing MSMEs as opposed to large corporate houses.

Couple this with two other ongoing changes.

Firstly, the government announced the change of definition of MSMEs, including criteria of investment as well as turnover to determine what is a micro or a small or a medium enterprise.

This definition ensures that companies need not fear growing big – they will be immune from inspectorial scrutiny even if they grow. Their privileges and system of compliance will not change as they grow for a while. This incentivises companies to invest and think bigger.

Secondly, several states have been announcing land, labour and compliance reforms in the last week. Gujarat, Karnataka, Madhya Pradesh, Meghalaya and Uttar Pradesh have made significant legislative changes. Punjab is said to be considering these reforms as well.

States are eager to attract new companies. Indian firms are being asked to scale up and think big and they are being given cheap government-backed credit to do so.

These are perfect operating conditions for any ambitious business. Credit is available, setting up new capacity hasn’t been easier ever and India’s biggest buyer – the central government – is offering an exclusive market almost immediately.

Top down push and bottom up pull have been brought together in the hope of unleashing animal spirits of the MSMEs.

The government is betting that even if 10-15 per cent of its credit guarantee is invoked over time, it will not be significant compared to the economic multiplier gains which may arise from Indian firms attaining a critical size, thinking big, creating jobs and formalising.

Yesterday’s announcements, mirroring a ‘venture capital’ approach, doubled down on this approach of the government by actually creating a fund of funds for equity investments in MSMEs.

The Finance Minister has provided for Rs 50,000 crores for equity infusion in MSMEs, where the exit will come from listing, presumably on platforms like the Bombay Stock Exchange (BSE).

The details of creation of this fund and the methodology of choosing the investee companies is not known. These operational details are important and while the government is in mood of reforms, it may think of a professional management structure to this fund outside of traditional vehicles like Small industrial Development Bank of India (SIDBI).

Apart from these measures, the government also announced provision of Rs 20,000 crores as subordinate debt for MSMEs which are stressed or are classified as NPAs but have a viable business.

Promoters of such MSMEs can avail of debt with partial credit guarantee by the government, and can use the money to infuse equity in their companies. Up to two lakh MSMEs can potentially avail of this scheme.

The government also promised to clear all its outstanding dues and those of the central public sector enterprises (CPSE) in the next forty-five days.

Additionally, the government is extending payment of employer as well as employee contributions to the Employee Provident Fund (EPF) for select businesses by three more months.

Those employees not covered so far in this programme, will see four per cent higher in-hand salary as both employer and employee contributions have been reduced from twelve per cent to ten per cent.

Many Indian MSMEs routinely borrow from Non-Banking Finance Companies (NBFCs), which have also been under stress. The NBFC asset-liability mismatch has been a source of financial sector stress last couple of years. The government sought to support NBFCs in two ways.

Another Rs 45,000 crore fund will be created for banks to buy securities issued by NBFCs below investment grade. These purchases will have partial credit guarantee.

The big question – is this enough?

It should be, except for the businesses which were seeking cash grants for salaries and other expenses and interest subvention on existing loans.

The latter problem can still be resolved via refinancing of old loans at cheaper rates and with government repayment guarantee. But for firms which had absolutely no money, a weak business outlook and sought direct cash transfers to keep the lights on, seeking credit to keep the operations running will be the only way out.

The larger message for the MSME sector is to think of growth and expansion with the government bringing together credit availability, market exclusivity, and procedural simplification for setting up new operations.