Bank Licensing: Why The Arguments Of Cassandras Rajan And Acharya Don’t Mean Much 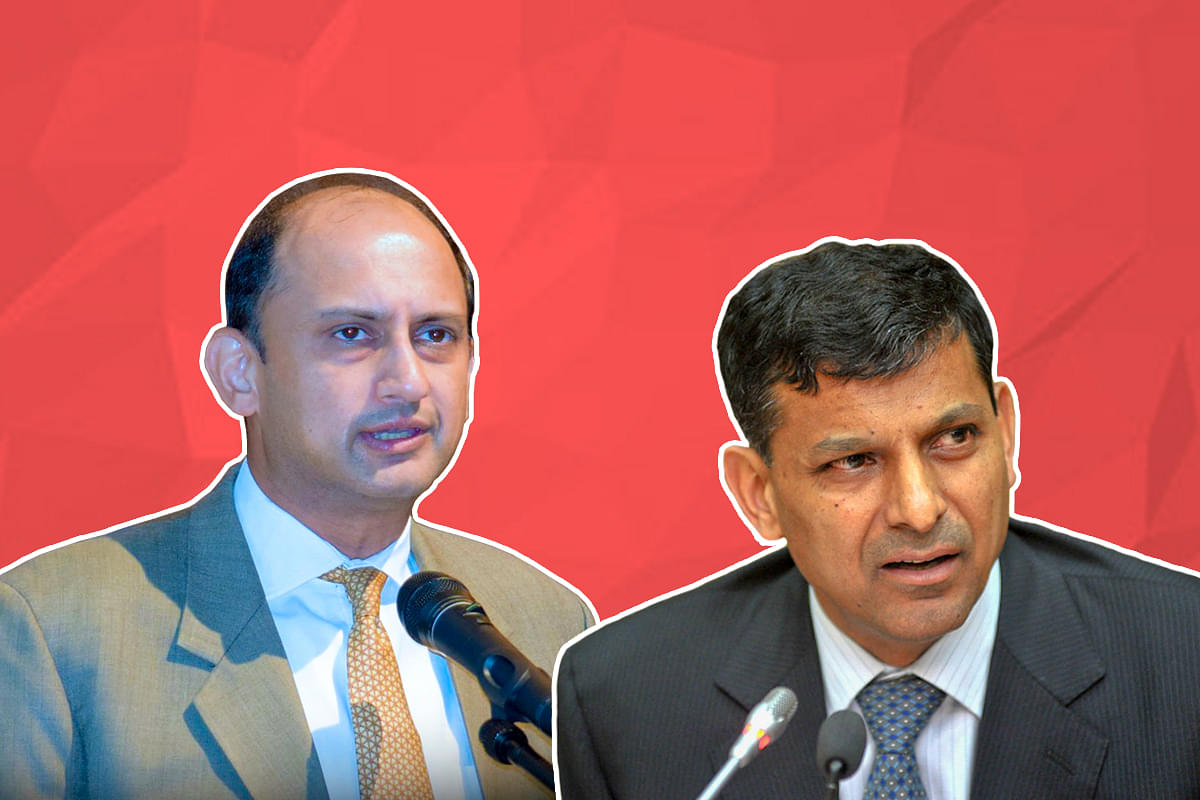 It does not take much for the Cassandras to emerge from the woodwork. Two of India’s former central bankers, Raghuram Rajan and Viral Acharya, have decided to make a pre-emptive strike against a proposal by an internal working group (IWG) of the Reserve Bank of India (RBI) which has recommended that business houses should be allowed to set up regular banks. The “bombshell”, they claim, is “best left on the shelf”.

The duo clearly see themselves as a bomb-disposal squad with India’s best interests at heart. That this effort should come even before the central bank has had a chance to study the report, leave alone call for discussions on it, shows how eager Rajan and Acharya are to rain on any parade that may even remotely have emanated during the tenure of Prime Minister Narendra Modi.

Rajan, during his tenure as RBI Governor, ventured into the political domain by references to “Hitler” and “one-eyed kings”, and seemed to derive pleasure from contradicting what the government was trying to achieve. Thus, if Modi wanted Make in India, Rajan would want to Make for India.

Acharya, as Deputy Governor, had every right to oppose any transfer of the central bank’s “excess reserves” to the government, but did he have to make references to a bankrupt Argentina of some years ago to make his point? Clearly, their advice is tainted by disguised political ideology when India has more than half a trillion dollars in foreign exchange stashed away to meet any contingency.

India is not, and will never be, an Argentina. It has learnt from Rajiv Gandhi’s and V P Singh’s fiscal mistakes in the late 1980s, which led us towards external bankruptcy.

Now, let’s take the various points made by the duo in opposing the working group’s recommendation for allowing well-capitalised business houses to set up new banks. There is little doubt that we have to be careful about who gets a licence, and India’s experience with private banks before nationalisation – when loans were made to interconnected business entities – is a relevant factor while changing the old policy.

The following fears have been expressed by the two Cassandras.

The first, according to a report in The Times of India, relates to owners becoming borrowers. “How can the bank make good loans when it is owned by the borrower? Even an independent committed regulator, which all the information in the world, finds it difficult to be in every nook and corner of the financial system, to stop poor lending. Information on loan performance is rarely timely or accurate.”

Let’s assume that our regulators are babes in the wood when discovering corporate financial skullduggery. But this begs the counter question: if they are so bad at discovering diversion of funds to interconnected entities, that would be an argument to disallow even public sector banks from lending.

Is it not true that most of the bad loans generated during 2004-14 were given out by public sector banks? And if the argument is that the owner of the bank should not lend to connected entities, that is an argument for the government not owning any banks, for it is the biggest borrower, and so are its owned entities.

But what is to stop the regulator from making simple rules that ban any corporate house from lending to any group entity, full stop? How about making directors personally liable for such loans, if they are discovered later? The answer to poor regulation is better regulation, not a complete ban. And there is nothing to stop the central bank from using supervisory partners from forensic accounting and ex-bankers to specifically supervise banks owned by corporate entities.

Secondly, the duo says that allowing payments banks to become small finance banks after just three years in existence instead of five is wrong. They are quoted as saying: “A second possibility (of corporate entry into banking) is that an industrial house holding a payments bank licence wants to transform into a bank. One recommendation of the IWG (Internal Working Group) that is equally hard to understand is to shorten the time for such transformation from five years to three years, so perhaps the surprising recommendations have to be read together.”

The underlying implication of this statement is that the shorter period for conversion from payments bank to small finance bank is intended to allow corporate lenders to enter banking through the back door. We can’t know if this was indeed the intention of the working group, but it is a possibility. The question really is this: if corporates are to be allowed in, isn’t it a better to allow the experiment to begin with payment banks rather than giving them a full-fledged universal banking licence?

Also, the reason why many payments banks want to become small finance banks is the sheer regulatory overload on them. They can’t hold deposits of more than Rs 1 lakh per account, of which 75 per cent has to be invested in short-term paper. And they can’t lend even small amounts to deposits holders.

The payments banking regulations clearly make such entities unviable, especially when it is easier to run wallets with nothing more than a KYC (know your customer). The payments banking regulations were imposed by Rajan, and clearly, he has to hold the can for their failure. Clearly, he does not want to offer any mea culpa for the kind of regulatory excess he inflicted on a differentiated banking idea that he himself floated when he was Governor.

Another point: if payments banks are not viable, what is the logic in saying they should continue to bleed for five years instead of three?

Third, the duo cautions us that giving licences to big business would “exacerbate the concentration of economic (and political) power in certain business houses,” and “even if banking licences are allotted fairly, it will give undue advantage to large business houses that already have the initial capital that has to be put up…”.

They add that “highly indebted and politically connected business houses will have the greatest incentive and ability to push for licences. This will further increase the importance of money power in our politics and make us more likely to succumb to authoritarian cronyism.”

This is rich, coming from Rajan who was part of the UPA (United Progressive Alliance) economic think tank for a part of its 10-year tenure, and partially presided over the greatest expansion of dud loans during the UPA’s crony raj. It is under the Modi regime, and after the advent of the Insolvency and Bankruptcy Code (IBC), that cronies are losing their power.

Everyone – from the Ruias to GVK to GMR to Jaiprakash to even the Tatas and one of the Ambani brothers – has had to lose flagship companies due to the IBC. You could say that the other Ambani has hit the big league of platform companies, but which other businessman bet his own fortune and invested over Rs 3 lakh crore in a business that was not guaranteed success? And that too at a time when no other major business was interested in investing due to high debts and the need to deleverage aggressively?

They also talk about the concentration of economic power, but isn’t this happening in technology companies too, and everywhere in the world? The only way to stop concentration of economic power is to allow more competition, and if that still results in a monopoly or oligopoly, then big companies must be broken up. The same can be done with banks owned by corporates. If they become too big, they can be asked to divest.

The only way to rein in bad corporate governance is by ensuring strong supervision and good regulation. This could mean banning corporates from lending to group entities, or even cross-lending to one another, and by imposing personal liabilities on directors so that any intent to do the dirty job implies a career-destroying exposure.

If needed, banks owned by business houses can be put under separate, harsher, regulatory constraints. There are many ways to bell the cat, but only Cassandras will say that the cat should never be out of the cage.