Budget Merger And RDA: Have Modi And Prabhu Managed To Deliver Two Big-Bang Reforms In One Year? 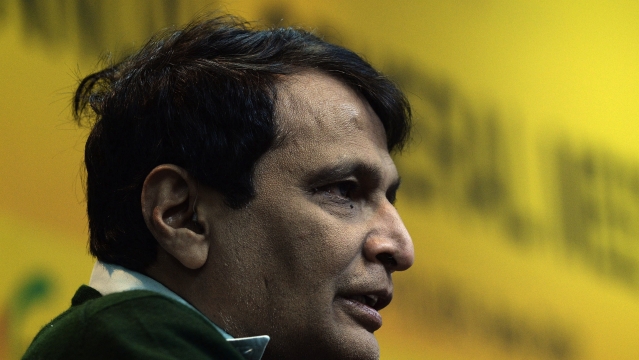 There will be no railway budget in 2017. Due to this, Indian Railways will not be paying about Rs 10,000 crore to the government it used to do as a dividend on the capital-at-charge. Railways, as a ministry, will lose much of its prestige in the eyes of future coalition partners at the centre. This used to be their favourite. The ministry as important as this was reduced to a political bargaining chip and a tool to further populist agendas. The result was that the biggest employer in the world became a drain on the government’s finances. It has been losing Rs 33,000 crore every year in passenger subsidies. No wonder, Railways Minister Suresh Prabhu termed the merger of Railway Budget with the General Budget as the biggest reform in the sector.

But this wasn’t enough. Merger alone wouldn’t have created a firewall necessary to shield the railways from the populist urges of political parties. Narendra Modi government knew this. The merger was the beginning, not the end, of a series of reforms needed to achieve the objective of purging this ministry of any potential future political meddling into its affairs.

Keeping this in mind, the government has been mooting the idea of an independent regulator. The regulator was proposed by Bibek Debroy Committee which would set the rules of the game and administer them as a neutral referee. The Debroy panel recommended that the watchdog be entrusted with making regulations, setting performance standards and determining tariffs.

Today (19 December), Rajat Arora of the Economic Times reports that the Railway Ministry will soon move a cabinet note seeking approval from the centre to set up a regulatory agency, Railway Development Authority (RDA). The approval can come as soon as next week. If this comes through, Prabhu and Modi would have managed to deliver the two biggest reforms in railways in one year.

Prabhu feels that for the purpose of orderly development of infrastructure services, enabling competition and protection of customer interests, it is important to have a regulatory mechanism, independent of the service provider.

But, Arora reports that the original proposal to set up a regulator has been junked. Instead, an authority that only recommends the revision of fares will be instituted. This has been done to circumvent the parliamentary approval. To set up the authority, only a Cabinet approval will suffice. However, the concept paper released by the ministry earlier this year had proposed that the Railway Development Authority be established through a legislation by amending the relevant section of the Railways Act. It had also suggested another method: making the Railway Development Authority functional through an executive order and subsequently strengthening it through the legislation process. It seems the government is going with this option.

For years now, Railways has been increasing freight charges to subsidise the passenger fares and this has hit its competitiveness as a transport medium of freight vis-a-vis roads and inland waterways. As this regulatory authority would recommend passenger and freight tariffs, taking into account the cost structure, demand and supply forces and future investments, the ministry hopes that rationalisation of fares across the board will bring down its subsidies, increase competitiveness and in turn improve its chances of investing in more infrastructure rather than being mired in debts and losses.

But there is one hiccup. In case the government does not accept its suggestions, the Debroy panel had suggested that the government compensate the Railways. This was done to ensure that the irrational decisions based on electoral considerations are penalised. It is not clear if this particular suggestion has been incorporated or not. We will know very soon.

Nonetheless, the government has made an important move in the right direction.