DeMo Review: Why ‘Formalisation Of Economy’ Argument Won’t Cut Much Ice For Long 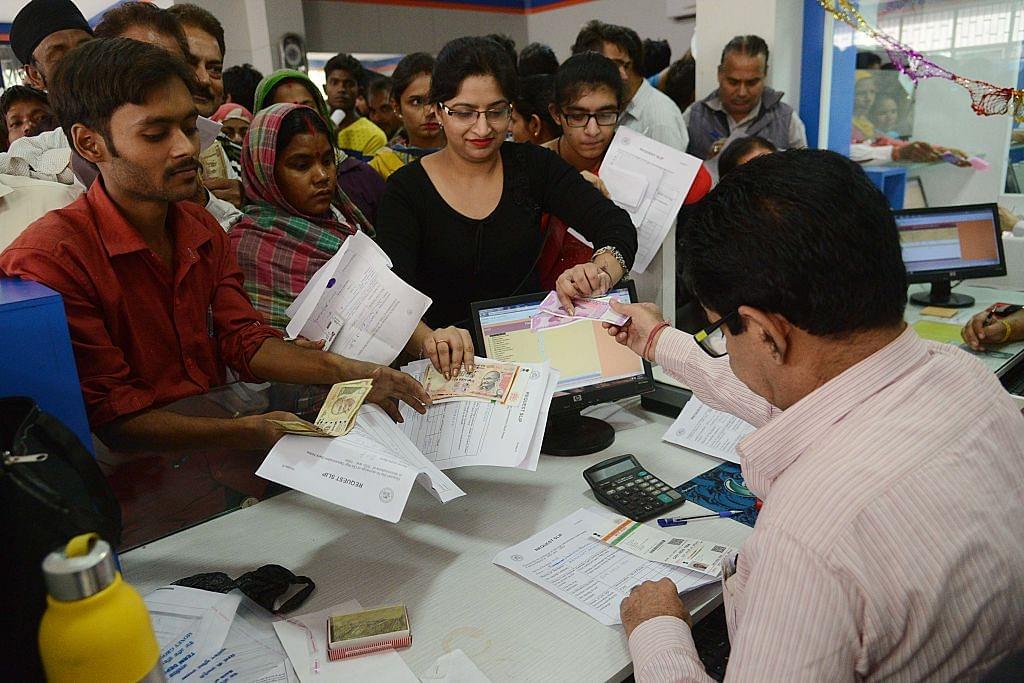 Jayant Sinha, the Minister of State for Civil Aviation, told a TV channel a moving story. A poor person from his Hazaribagh constituency told him with a touch of proud defiance: "so what if demonetisation inconvenienced me for days together; if I lost a goat, the crooks lost a buffalo, didn’t they?" People gloat when the other person loses both his eyes even in the face of they themselves losing one. They gloat even more when the other person is a wicked crook.

Now the question is did they (the crooks) lose their buffalo? The Narendra Modi government seems to be taking heart from the fact that both direct and indirect tax collections have gone up post demonetisation (DeMo) and goods and services tax (GST), as a result of the formalisation effect the twin back-to-back measures have had on the economy. Therefore, failure to nab crooks’ black money doesn’t matter.

To be sure, several objectives were listed when Prime Minister Modi announced to the nation as it listened to him with nervous excitement. But nobody can deny the primary objective was to neutralise black money, rightly deduced to be stashed away in high denomination notes – Rs 500 and Rs 1,000.

Now, for Finance Minister Arun Jaitley and his officials to say that the main achievement of the cataclysmic exercise was formalisation of the economy doesn’t simply wash. Anticipating intense questioning by the discerning on the deafening silence on the main objective, Jaitley said as many as 1.8 million depositors of the demonetised notes into banks are under scrutiny. Well, the government cannot be seen to be buying time forever.

Both during the demonetisation period when the deposit counters were open as well as during the operation of Pradhan Mantri Garib Kalyan Yojana (PMGKY) under which one could get away with a hefty tax of 50 per cent provided he put a further 25 per cent in a four-year fixed deposit sans interest, the government kept on admonishing the depositors – "our banking-IT software is capable of catching dubious deposits". But neither the PMGKY nor the admonition was taken seriously, with crooks blithely flocking to banks and depositing their ill-gotten wealth.

Abhishek Manu Singhvi, the lawyer-cum-Congress-spokesperson, rightly points out that even if the dubious accounts are caught and assessments made, it will take almost 30 years for the assessments to take finality given the fact that appeals go right up to Supreme Court of India starting with commissioner (appeals).

In the event, the government has had to settle for the second best argument – formalisation of the economy instead of denuding the crooks of their ill-gotten wealth through demonetisation. While talking heads may agree sagely with the formalisation argument if not alibi, those who sweated it out are bound to wonder whether their sacrifices were well worth it at the end of the day.

Arun Shourie, the National Democratic Alliance-I disinvestments minister in the Atal Bihari Vajpayee government, has called demonetisation a giant amnesty scheme. Less charitable remarks have bordered on the slanderous – official money laundering scheme. Call it whatever, the truth is honest persons feel betrayed and shortchanged by amnesty and quasi-amnesty schemes. More so when stern and solemn anti-tax evasion measures are allowed to degenerate into amnesty schemes willy-nilly thanks to shoddy implementation and less than painstaking attention to nitty-gritty.

The Modi government is perceived as honest despite the opposition’s desperate attempt to tarnish its image. Nothing has given the opposition a more potent tool in this regard than the official statistic that as much as 99.3 per cent of the demonetised currency notes have found their way back into the banking system. Khoda pahad, nikla chuha (dug a mountain to reveal a mouse, literally) is its taunt. It might assume a vicious edge in days to come unless the Modi government successfully completes the assessment of some of the major dubious depositors of the demonetised notes. Jewellers, petrol bunks and dubious hospitals are alleged to have played a no mean handmaiden role.

The government would redeem itself partially in the eyes of the poor, who were taken in by its lofty claim of neutralising black money. This would require a quick but not a hasty job of assessment, not worrying about the final outcome on appeal for the nonce.